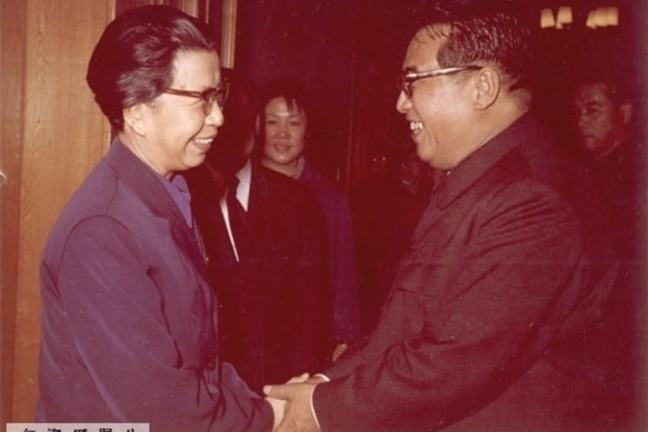 The tensions between Beijing and Pyongyang in the late 1960s were severe enough to justify labeling it a Sino-Korean split. By 1969, the situation domestically in China reached a breaking point, with Red Guard factions engaged in pitched battles, and Koreans became targeted as “enemies of the people”. An internal PRC document acknowledged,

“During the Cultural Revolution, Korean nationals were criticized and struggled against, their homes were ransacked, and their passports were confiscated; the hardships encountered by those who were injured during work have also not been resolved. According to the letters that we have received, it seems that these types of situations are quite common in a number of regions.”

With de facto civil war breaking out in some cities, and the country teetering on the brink of implosion, Mao called in the army to re-impose order over a chaos of his own making. He had eliminated primary rivals like Liu Shaoqi and potential threats like Deng Xiaoping, and was paramount leader once again. Although the ideological atmosphere remained hypercharged, the first phase of extreme revolution making subsided by 1970.

Moderate figures like Zhou Enlai took advantage of the cooling down period to repair some of the damage, including relations with North Korea. Zhou visited Pyongyang in April 1970 and again in March 1971. He acknowledged the latter was an apology mission to mend the 800 mile fence. “For our brothers-in-arms, we must humbly serve them with one’s heart and soul, we must respect them. When I spoke with Premier Kim in Pyongyang, I spoke of our mistakes,” Zhao said in a briefing for a CCP delegation heading to the DPRK in June.

In between Zhou’s visits to the DPRK, Kim Il Sung in October 1970 made his first trip to China in five years. Mao Zedong’s Korean interpreter recalled, “The two leaders had a long handshake when they met downstairs at Building No.18 of the state guesthouse in Diaoyutai. That day the two leaders had a very long talk and a profound exchange of views on developments of the international situation prevailing at the time, which continued into the feasting time.” Kim made the pilgrimage to Beijing again in the fall of 1971, signaling that the Sino-Korea split had been healed.

Another crisis in PRC-DPRK relations was brewing, however, in Beijing’s bold gambit to improve relations with the US in order to counterbalance against the Soviet Union. US National Security Adviser Henry Kissinger’s secret visit to China in October 1971 followed by President Nixon’s dramatic arrival on the tarmac in Beijing in February 1972 was a geopolitical earthquake across Asia, and leaders around the region scrambled to respond to the “Nixon Shock.” As Cold War historian Shen Zhihua has written, Zhou worked hard to lessen the shock on Kim Il Sung, and even carry water for the North Koreans so that Pyongyang would stand to benefit from China’s new détente with the USA.

Zhou’s apology missions to Pyongyang and Kim’s make-up visits to Beijing had been low-key, if diplomatically charged, affairs. Finally in April 1975, days after his birthday, Kim Il Sung’s train arrived to great fanfare at the Beijing Railway Station, where he was greeted by Deng Xiaoping (whom Mao had brought back to high office). Deng and Kim were driven through Tiananmen Square standing in the open-air limo waving to cheering masses. All seemed well between comrades… but for how long?