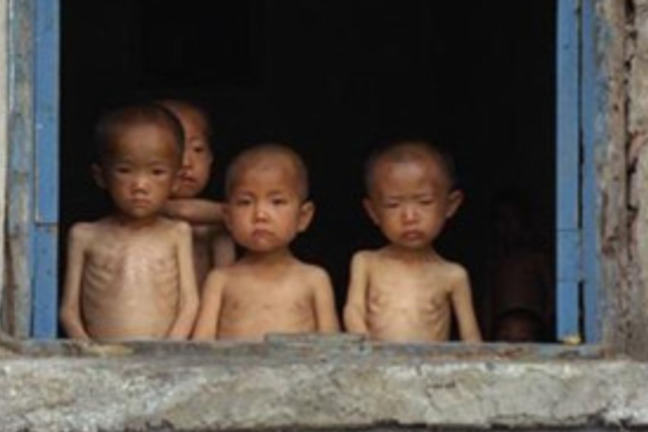 The North Korea Mass-Starvations of the 1990s

For Kim Il Sung, losing the special relationships with Beijing and Moscow was like the earth losing the sun and moon. As the elderly dictator was groping for a way forward in a universe that no longer made sense, one day in July 1994, the Great Leader died.

Barbara Demick in her vivid portrait of North Korea in the 1990s, Nothing to Envy, describes one middle-aged woman’s reaction to the TV announcement that Kim had died. “Nothing made sense. She started to scream, ‘How are we going to live? What are we going to do without our marshal?’ The words came tumbling out… She rushed down the staircase and out into the courtyard of the building. Many of her neighbors had done the same. They were on their knees, banging their heads on the pavement. Their wails cut through the air like sirens.” (Nothing to Envy, 94) There were also crocodile tears, as Demick’s account shows. But the sense of apocalypse, that now the earth itself ceased to exist, was widely felt.

Dear Leader Kim Jong Il had been groomed for this moment for decades. But he would quickly reveal himself to be a very different kind of leader from his father, who had reigned for the past half-century as a larger-than-life, charismatic, omnipresent, populist autocrat. Kim Jong Il by contrast rarely looked comfortable in public and lacked the “common touch”. He gave very few public, recorded speeches (none for international consumption), and even his father’s annual rite of a New Year’s Address became instead a written New Year’s “joint editorial” in the major newspapers. His father’s precedent would require him to travel about the city of Pyongyang and throughout provinces making incessant “on site inspection visits”, yet Kim in his dark sunglasses and thick padded jacket would often looked glum, or detached, and sometimes downright despondent.

Considering what the early years of his period of direct rule were like, it is perhaps not surprising that Kim would never look like he enjoyed the public dimension of being Supreme Leader. Within a year after his father’s death, Kim’s patrimony had turned into a nightmare. The loss of Soviet aid and the socialist trading bloc cut off access to basic inputs, and the North Korean economy was experiencing systemic malfunction. All it took was a couple seasons of severe weather and bad harvests to send the country into a tailspin. Famine conditions spread from province to province, and even after “allowing” humanitarian aid to pour in from U.N. agencies and non-government organizations, the toll was horrific. The most conservative estimate, by leading experts on North Korean political economy Stephan Haggard and Marcus Noland, is that 600,000 people died. Higher estimates run between 2-3 million—in other words, over 10% of the total population. The latter half of the 1990s was the nadir of North Korean history, surpassed in suffering only by the Korean War itself.

Where was China during North Korea’s “Arduous March,” as the early Kim Jong Il era is euphemistically referred to in the DPRK? Kim’s first official visit to China after inheriting power did not occur until May 2000—after the worst of the famine years were behind him. In other words, he maintained his father’s turn away from Beijing post-normalization with the South.

For his part, Chinese leader Jiang Zemin did not travel to Pyongyang between 1990 and 2001. It is virtually impossible to obtain reliable statistics on the amount of Chinese assistance to North Korea, but anecdotal evidence suggests that while the PRC did supply aid to help its neighbor, the amount was not overly generous.

Many experts expected the DPRK to collapse after the death of Kim Il Sung. Economic implosion and diplomatic isolation only increased the odds against Kim Jong Il. But the seemingly inevitable regime collapse turned out to be a bad bet. Even in the face of nationwide famine, Kim Jong Il and the DPRK survived. And in that dark night, with his back against the wall, the new leader did not run off to Beijing with his begging bowl in hand.