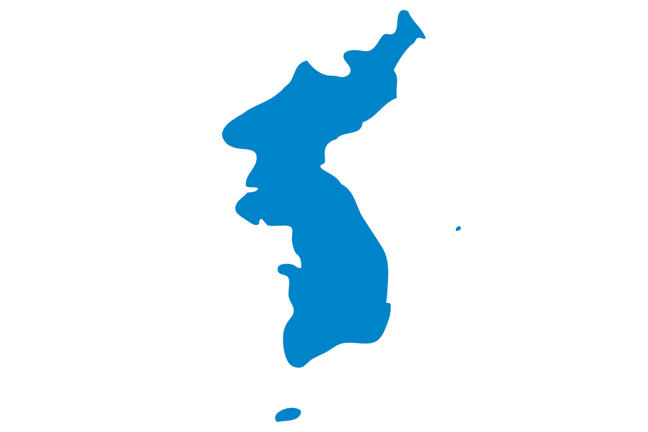 History is a discipline with the luxury of thinking in terms of hundreds and thousands of years. Not tomorrow’s media coverage or next quarter’s financial statement or next year’s annual report. When thinking about the past, as historians, we can wander through centuries, like our course has done over the last six weeks. And when we think about the future—tentatively, with a keen sense of the ironies and contingencies of history—we might as well let ourselves imagine large chunks of time, and the transformations possible on such a scale.

Standing up on this grand vista, the obvious question that the history we have studied begs an answer for is, Will the Korean Peninsula be re-unified? If so, when? And how? How painful will the process be? How joyous the result? What will China’s role be in the process?

Both North and South Korea sustain an indefatigable discourse of national reunification. Each president of the Republic of Korea in the South has to come up with a slightly different formula, but the core value is one and the same: reunification is a question of when, not if. Likewise the Kims in the North.

In the past few decades, including at present, liberal South Koreans tend to imagine reunification as a slow, consensual process that begins with many decades of security rapprochement, economic cooperation and cultural reintegration. Only very far down the road is political fusion of the two halves conceivable.

Conservatives on the other hand tend to imagine reunification as something that comes swiftly—perhaps bloodily, hopefully not—when the DPRK at long last drops into the dustbin of history. The South would then have to skillfully absorb the North, keeping Great Powers at bay long enough to realize Korea’s national dream. After rapid absorption would begin the hard work of integrated the long-lost northern population into the social, economic, and political system of the south.

In addition to these liberal and conservative visions of reunification, there are also quiet dissenters—more common among young South Koreans. They don’t think that much about North Korea one way or the other. They don’t want to fight a war to overthrow the Kim regime; nor do they want to pay taxes in a post-unification scenario in order to pull northern standards of living up to those in the south.

We know less about the range of views toward unification in North Korea. The position of the leadership, articulated through state controlled media and publications, has traditionally been a kind of mirror image of the South. The North too considered itself the superior system, materially and ideologically, that would eventually absorb the South. As the economic gap between the two developed into a chasm in the 1990s, it became much harder for Northern voices to maintain the fiction of material superiority, and to some extent the ideological critiques of the South sharpened. One notable development in 2015 was how Kim Jong Un’s speeches suggested perhaps a new twist in Pyongyang’s reunification posture. Kim subtly backed away from the hegemonic stance that the South must inevitably adopt superior Northern ways. Instead, as my colleague Chung-in Moon pointed out, Kim suggested a kind of détente in reunification discourse, and in effect asked the South to stop insisting on absorption as well.

Where does Beijing stand on all of this? Is China the main obstacle to Korean reunification, as some Koreans think, because they “prop up” the DPRK? Were it not for Beijing’s support of Pyongyang would Korea have been unified already? Or are Chinese intentions even more malign then that? Does Beijing plan to swallow up a chunk of northern Korea as soon as the Kim regime collapses? This is one of the most hotly debated topics among patriotic Koreans.