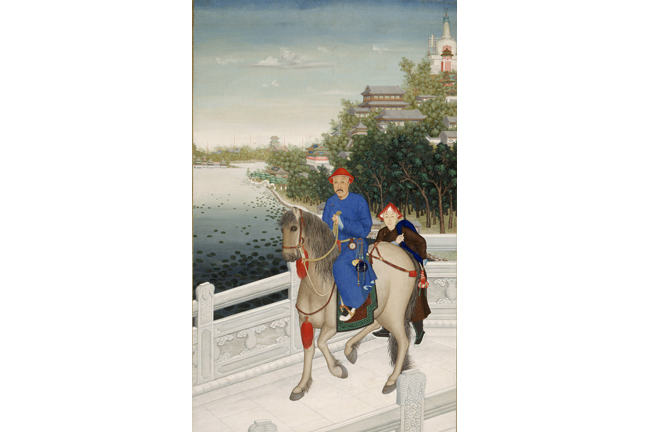 The most poetic and inscrutable of the Confucian Classics, The Book of Changes, or I Ching, contains a famous maxim in one of its commentaries: “When a series of changes has run its course, another change ensues. When it obtains free course, it will continue long (trans. Legge, 1963, 383).”

The adage seems to apply to China’s and Korea’s long eighteenth century—a period of economic prosperity (disproportionately enjoyed by the well-educated and well-connected, to be sure!) and relative peace (meaning Qing China won most of its wars and Joseon Korea didn’t have to fight any). But this late imperial “age of flourishing” had run its course by the second half of the nineteeth century, when dramatic change ensued that caught both kingdoms unprepared.

During the halcyon period when peace and prosperity obtained their free course, Qing and Joseon trade expanded along with both domestic economies. The Manchus decreased the number of embassies to Seoul, which was a form of mercy given the heavy expense put on Korean hosts for subsidizing Qing officials trips. Joseon embassies to Beijing leveled out to an average of 2 or 3 per year—still a marker of Korea’s pride of place in the tributary hierarchy. Trade developed not only on the sidelines of official missions, but also in the proliferation of wholesale and retail markets near the border.

The good times were by no means shared by all. Korea was a society and economy divided bleakly between haves and have nots. Even among “Yangban” elites, there were sharp gradations of wealth and connections. As Harvard historian Kim Sun Joo showed in her marvelous book, Marginality and Subversion in Korea: The Hong Kyongnae Rebellion of 1812, marginalized elites could be as rebellious as poor farmers.

Qing China was a much larger country, with more room to improve one’s lot and a less claustrophobic world of dominant families. Slavery, widespread in Korea, was non-existent; in fact, a zealous early 18th century emperor (Yongzheng, 永禎) abolished the category of “mean people”, a relative small group of hereditary outcasts. But Qing China was by no means egalitarian. Corruption spread across the “age of prosperity”, making the rich richer and the poor angrier. And the system was a victim of its own success. As the Qing population grew, the ecological base eroded, taking agricultural production and economic opportunity along with it.

Heading into the 19th century, as the I Ching would have predicted, the good times were coming to an end. Some of the first observers to draw attention to worrying signs of unwelcome change on the horizon were scholar-reformers who practiced a pragmatic, politically-engaged form of Confucianism known as the “statecraft” school. Their story is told in the next step.