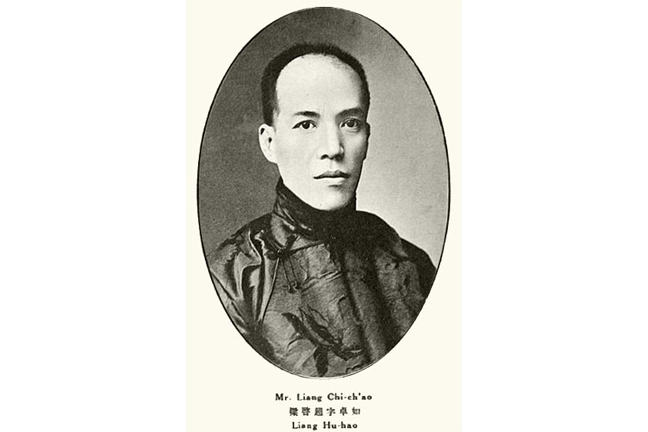 “No longer will there be a country, a sovereign, a government, a people, no more its own spoken tongue or written language, or religion, or institutions. Everything of the past 2,000 years will flow downstream and disappear, like the waters of the Yalu River running east to the sea.”

So wrote Liang Qichao in “The Reason for Joseon’s Collapse,” his elegy for the lost country of Korea published in the fall of 1910, just after formal annexation by Japan. Liang, one of the most widely read Asian political essayists of his time, had been watching Korea and writing about Joseon’s predicament since the late 1890s. Fleeing to Japan because of his role in China’s “Hundred Days” reform movement of 1898, which ran afoul of the Empress Dowager Cixi, Liang traveled the world but considered Japan his home, until the Qing fell apart in 1912 and he returned home. He was protected and supported in Japan, and deeply influenced by intellectual circles there. Yet he wrote about events in Korea with a sense of dismay at the steady loss of sovereignty and nationhood.

Liang was a revolutionary force in many arenas of Chinese letters and civic life, journalism among them. His most influential journal, weighted toward political commentary and “big ideas” as opposed to breaking news, was called The New Citizen. Published out of his exile base in Yokohama, home to a large overseas Chinese community, New Citizen electrified a wide readership back in China and was influential among reform minded intellectuals across Asia. He wrote a Draft History of Joseon’s National Collapse for the pages New Citizen in the fall of 1904, as Japanese troops passed through the Peninsula on their way to fight against the Russians.

Liang’s idea of promoting nationalism through a new civic consciousness, what he termed the creation of new citizens, inspired a group of Korean reformers to establish their own “New Citizen’s Association” (Sinminhoe). In their manifesto, translated in the Sources of Korean Tradition, association leaders wrote, “If we fail to renew the people, who shall love Korea? Who shall protect Korea? Newly awakened people of Korea, arise!” (Sources of Korean Tradition, 308)

In the fall of 1910 when Liang wrote his essay on the causes of Korea’s “extinction”, he laid the blame squarely on the Joseon court, king, and ruling elites. “It was the Joseon government itself that caused the collapse of Joseon, not Japan.” He also harshly criticized the corrupt, oppressive society dominated by Korea’s yangban elite. In blaming Koreans for their own national demise, Liang was perhaps being prudent—he was still, after all, living in exile in Japan. But his main audience was back home in China. For his Chinese readers, the “lost country” of Korea was meant to serve as a warning about their own future.