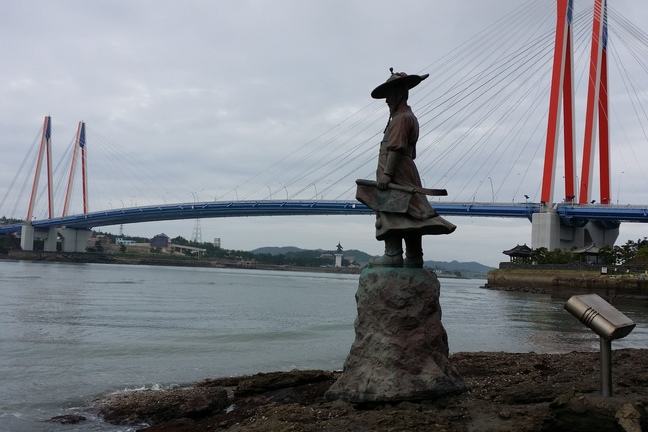 Some wars are forgotten before the soldiers even lay down their arms. Some wars that ended ages ago are still being fought today in the minds of men.

The Black Dragon War is both. In my twenty years of travels to China, including about four years living in Beijing, not once have I come across a public site or monument to the tens of thousands of Chinese who fought in Korea to repulse Japanese soldiers. Despite the intensity of anti-Japanese public opinion, often with the government’s explicit support and approval, the Black Dragon War has not (yet) entered the Chinese pantheon of defining national memories.

In South Korea, by contrast, the Imjin War is a symbol of national glory and humiliation rolled into one. The great naval war hero Admiral Yi Sun-shin is an omnipresent symbol of the Korean patria. His statue towers over the central boulevard in downtown Seoul that runs on an axis from City Hall through the imperial palace (Gyeongbokgung) up to the Cheongwadae (presidential office)—it was built during the military dictatorship of Park Chung-hee, who probably felt a personal identification with Yi. A more artistically and symbolically charged statue of Yi can be spotted at low tide near the famous Myeongnyang Straits where he stopped a Japanese fleet ten times larger than his own. The statue stands ingeniously half-submerged in the waters under Jindo bridge, Yi’s face turned down with a look of solemnity, and his hand gripping not a sword but a sheet of papers. There is a sorrowfulness to the submerged Admiral, compounded now by the thought that he stands so close to the place where the ferry Sewol sunk in April 2014, dragging hundreds of school children to their deaths.

Like the Jindo bridge statute, the Black Dragon War takes on two guises depending on the tide. It produced heroes like Admiral Yi, Minister Yu, and countless martyrs who died resisting Japanese troops. But the war is also a painful reminder of Korea’s historical conundrum, and lingering national identity of suffering, victimization, weakness, dependence, and shame. Imjin War memorials dot the countryside, physical markers of national tragedy, like the cliff in Jinju where a courtesan embraced a detested Japanese commander and jumped to her own death so that she might take him with her.

Ghosts of the Black Dragon War do not terrorize Seoul in quite the same way that, say, anniversaries of 17th century battles can trigger fighting on the streets of Belfast. But haunt the Peninsula they do. If you don’t believe me, ask one of the millions of people who went to the theaters last year to see “The Admiral: Roaring Currents,” a blockbuster film about Yi Sun-shin and the Battle of Myeongnyang Straits that is purportedly the most-watched film in South Korean cinema history. A link to the official trailer is part of this step, but go watch the whole film and judge for yourself the ways in which The Dragon’s Ghosts live on.