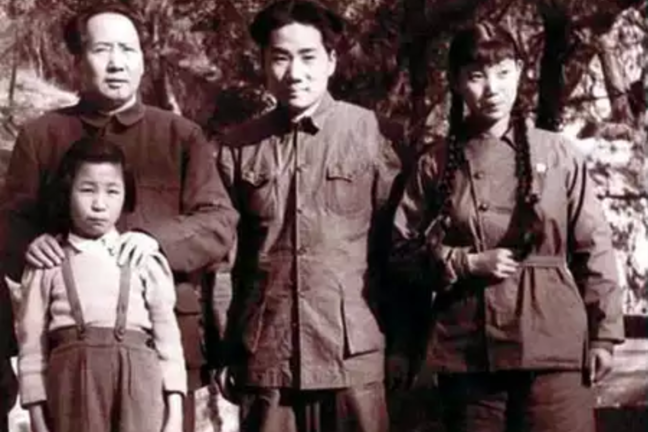 On July 27, 2013, Kim Jong Un waved to the adoring masses from atop the balustrade at Kim Il Sung Square to mark a historic, if ambiguous, anniversary—60 years since the signing of the Armistice Agreement to end (or pause, to be more precise) the Korean War. Standing next to him was Chinese Vice President Li Yuanchao, born on November 20, 1950, and named in honor of the war to “defend” (yuan, 援) “Korea” (chao, 朝).

Two days later, Kim Jong Un made a pilgrimage to a martyrs’ cemetery a hundred kilometers outside Pyongyang, the final resting place of thousands of Chinese People’s Volunteers who perished on foreign soil in the early 1950s. The young North Korean leader paid tribute to the mausoleum as a symbol of “the militant friendship between the peoples of the DPRK and China as they fought together for the common cause.” Gazing at a photo of his grandfather Kim Il Sung standing alongside General Peng Dehuai (彭德怀), young Kim was reportedly struck “with deep emotion on the unforgettable days the armies and people of the DPRK and People’s Republic of China fought shoulder to shoulder”.

The most famous “volunteer” interred at the cemetery is the would-have-been-prince of a dynastic Communist China—Mao Anying (毛岸英), eldest son of Chairman Mao, who was killed by an aerial bombardment just 5 days after Li Yuanchao was born. Mao Anying had spent time in Moscow at the invitation of Stalin and served in the Soviet Red Army in World War II—if nothing else, his skills in Russian must have come in useful to General Peng, under whom he served. Mao’s youngest son had died as a boy, his middle son was mentally unstable, and thus Anying’s death removed the option of hereditary succession for Maoist China. After Kim Jong Il’s death in 2011, Chinese netizens sardonically thanked American bombers for killing Mao’s son, so that China today is not ruled by Mao the Third.

According to Maoist scripture, the Great Helmsman responded with socialist stoicism to the news of his personal loss: “In war there must be sacrifice. Without sacrifices there will be no victory. To sacrifice my son or other people’s sons are just the same. There are no parents in the world who do not treasure their children. But please do not feel sad on my behalf, because this is something entirely unpredictable.” The heroic resignation was probably apocryphal, but the fact that Mao lost his own flesh and blood in the fight to defend Korea was a powerful statement of Chinese commitment.

Despite Mao’s willingness to make the ultimate sacrifice, the Korean War also brought out tensions between China and North Korea that bespoke an ambivalence and suspicion in what was ostensibly a new era of “lips and teeth” solidarity. From the moment Chinese People’s Volunteers crossed the Yalu into Korea until the day the Armistice was signed, there was friction between CPV commander General Peng Dehuai and KPA supreme leader Kim Il Sung. General Peng was not impressed by what he saw in the KPA, and there was no question that Chinese troops would remain firmly under his direct command. Kim for his part resented the Chinese coming in and taking over his war.

But coordination was essential between Chinese and Koreans on the battlefield, along with Soviet support, such as it was. Peng therefore wanted to unify command in a triumvirate consisting of himself, Kim Il Sung, and Soviet Ambassador Terentii Shtykov, who had been to North Korea a bit like what MacArthur was to post-war Japan, and whose involvement ensured a direct link to Stalin. The question was important enough that Kim flew to Beijing in December to negotiate with Mao, and the ensuring creation of a joint command helped patch things up with Peng—briefly.

Replaying a pattern that we saw back in the Black Dragon War of the 1590s, Chinese military commanders in Korea tended to be conservative after success, whereas North Koreans wanted to press the advantage and eliminate the enemy. After recapturing Seoul in January 1951, Kim wanted to push south hard and fast. But General Peng saw the apparent opening as a trap. Their disagreement led to a dramatic showdown, with Peng daring Kim to try to pull rank. Historians Shen and Li report Peng defiantly telling Kim: “Your underestimation of the enemy is a serious mistake and I will not tolerate it. If you think I am not doing my job, you can fire me, court-marshal me, or even kill me.” (Shen and Li, 80)

Kim of course could not fire, let alone kill, Peng—to do so would have been tantamount to regime suicide, as the North Koreans could not hold off the US-led coalition without China’s help. But Peng could not simply ignore Kim either. So tensions roiled under the surface of a celebrated alliance, one that cost Mao his chance at a dynasty.