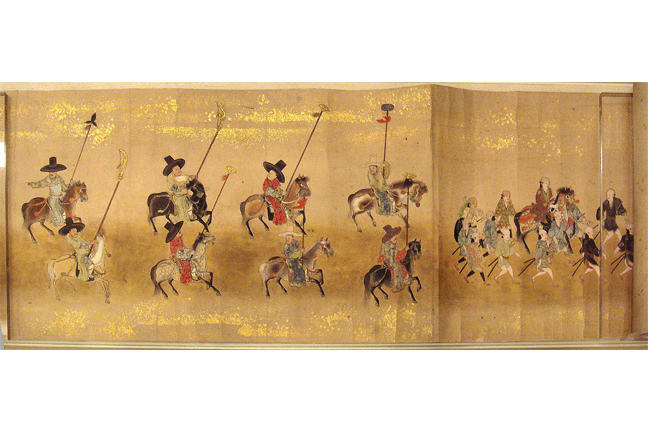 The rise of the Manchus, their two invasions of the peninsula, followed by their conquest of China itself put Joseon Korea in a painful moral and political predicament.

The 250-year history of the Korean state was intimately linked to Ming patronage and solidarity: from Ming Emperor Taizu bequeathing the name Joseon to Emperor Wanli sending troops to save King Seonjo from the Japanese “barbarians”. Steeped in shared Confucian values, Koreans saw the Chinese as their elder brother, who is protective but also follows Confucius’ injunction to act in a spirit of “friendship” toward his siblings. When the Manchu army suddenly occupied Beijing in 1644 and declared that their Qing Dynasty had now replaced the fallen Ming, it was for loyal Koreans like watching your elder brother’s murderer move into his house, marry his wife, and adopt his children.

The fall of the Ming was, needless to say, a cataclysmic event across China, and many “loyal Ming subjects” took their own lives, preferring to die with their emperor than face life under Manchu subjugation. These were not only senior ministers in the Ming court. I wrote my doctoral dissertation on the son of one such martyr to the Ming cause. She was a single mother of a boy adopted from her sister-in-law (her betrothed died just before their wedding day, but she went through with the “marriage” in accordance with the highest Confucian virtue), and had been honored by a local Ming official for her virtue. Feeling personally indebted to the dynasty, she refused food once news arrived that Manchu soldiers were making their way south toward her hometown, not far from Shanghai. On her deathbed she told her son, who would go on to become the renowned scholar Gu Yanwu, that he could live, but he must never serve another ruler after the Ming.

This tale of a family drama in a village outside Shanghai gives a visceral sense of the impact of 1644 on Chinese (elites at least—many peasants had formed “righteous armies” to overthrown the corrupt, incompetent Ming government, and for whom daily life was maybe marginally once the Qing consolidated rule and the economy started growing again). Even more extraordinary is the fact that there were “Ming loyalist” suicides across the border in Korea.

Beginning with the ‘Jurchen’ invasion of 1627, compounded by the ‘Manchu’ invasion of 1636, and culminating in the ‘Qing’ occupation of China in 1644, Joseon’s choice was pretty much that—acknowledge the Qing or commit collective suicide. A few pretenders to the Ming throne, with small bands of followers across south China and as far as Burma, held out for a decade or two after the initial conquest. But by the early 1680s, the Qing had brought the entire Ming territory under direct control, and eliminated all pretenders to restoration.

By then, externally, Joseon had resumed its place at the top of the tributary system, and acted the part of loyal Confucian ally to the Qing. But internally the sense of betrayal lingered for centuries. Among themselves, Koreans never fully accepted that the Manchu “barbarians” could be deserving of utmost respect. Indeed, they would see their Confucian kingdom as preserving the “orthodox transmission” of the Way. Joseon retained Ming hairstyles and clothing fashion, for example, unlike Chinese, who were forced to cut their hair in the Manchu topknot style known as a queue. Perhaps Joseon was able to make certain choices, after all.