This content is taken from the University of Exeter, Met Office & The Royal Meteorological Society 's online course, Learn About Weather. Join the course to learn more.
View course
1.6

What causes weather? Weather happens because of differences in temperature. We know that the Sun is our main source of heat, but why isn’t that heat evenly distributed across the surface of the Earth?

Well, firstly the curvature of the Earth means that at higher latitudes, the solar energy is spread over a much larger surface area, while the same amount of energy is much more concentrated at the equator. 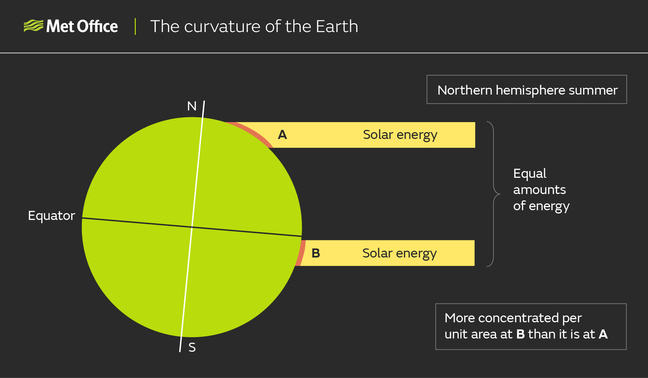 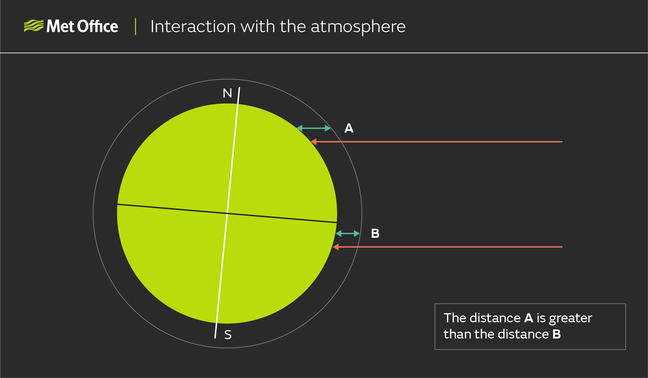 We also know that the spin and tilt of the Earth on its axis result in day and night, as well as seasons. 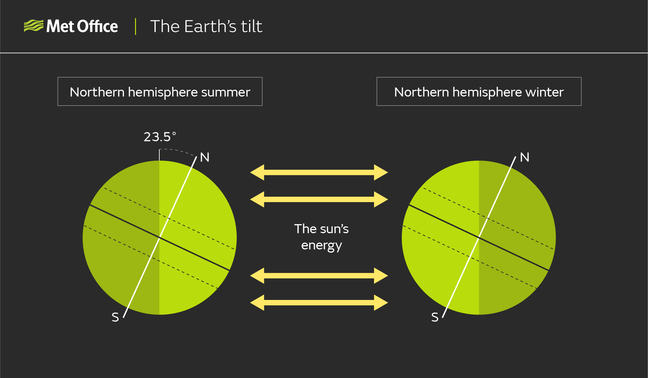 The spin of the Earth results in day and night, and the tilt of the axis gives us our seasons

All of these things lead to temperature differences across the Earth’s surface.