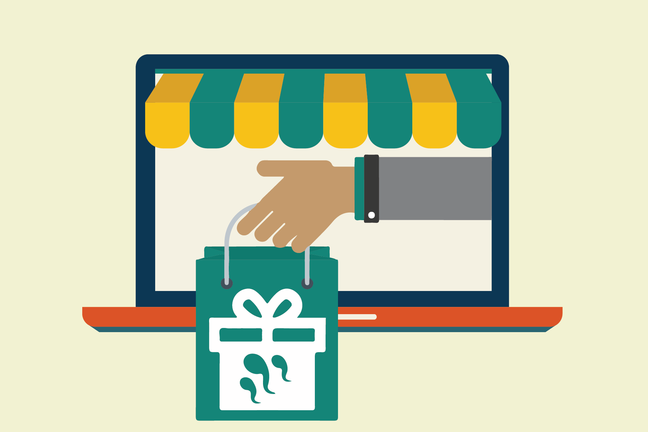 A brief overview of online fertility

For those of you who were able to go online and search for fertility services, you would have seen that there is a plethora of options available.

Connection services bringing donors and prospective parents together typically use a website, sometimes with a Facebook page or online group as an additional community feature.

It is usually free to join but sometimes the messaging features require a subscription fee. In general, the costs involved are low.

Below are a few of the sites that we found.

When we refer to online fertility services, we usually speak about sperm donation. This is because egg donation requires a minor surgical intervention to obtain and implant the eggs, and so requires a medical clinic to perform it. Sperm, on the other hand, can be more easily obtained.

There are principally two ways in which a woman can conceive with donated sperm. The first is called artificial insemination (AI for short), and it usually involves the woman using a self-insemination device at home. This can also be done in the clinic context as well. The second method is referred to as natural insemination (NI), which is intercourse timed to coincide with ovulation, with the express purpose of conception.

People are attracted to using these services for a number of reasons. It could be that they are unable to conceive with their current partner, either because of fertility problems, or because they are in a same-sex relationship. They may also want to have a child, but haven’t found a partner with whom that was possible.

In this week, we will hear from Lorna, a young woman who found a co-parent online, and John, who shares his experience as a donor. We will also meet Erika, who runs one of the world’s largest fertility connection sites.

Below is a list of the key issues that we’ll look at this week.

One of the benefits of going online to one of the above connection sites is that the costs are a fraction of the equivalent costs in a regulated clinic. Using a connection site also makes it possible to get more information about the donor, and the donor is able to meet the prospective recipient before agreeing to donate. The sites offer a connection service which enables both parties to learn to know each other, which is especially important in the context of elective co-parenting, a term used to describe the deliberate choice to parent outside of an established relationship.

Donors in the unregulated context don’t undergo the same genetic and health checks as do donors to fertility clinics or sperm banks. This means that they may pass on genetic abnormalities that would otherwise be picked up (although advocates in the unregulated fertility community would highlight that these checks are not routinely done by couples trying to conceive without assistance). A few donors engage in multiple unprotected sexual encounters and this can create a risk of sexually transmitted infections (STIs). Finally, there no easy way to assess the safety and the quality of the sperm provided.

One of the worries around unregulated sperm donation is the prospect that a single donor may become the biological parent of a large number of children. This means that there is a potential risk that children of a particular donor can unknowingly embark on relationships with their donor siblings, what is referred to as the risk of consanguinity. Additionally, there are concerns about the potential psychological impact on a child finding out that they have dozens, if not hundreds, of half-siblings. In the unregulated context, there is currently no official register of children conceived from individual donors, which makes tracking genetic relationships harder.

In Week 3, we will consider in detail the issue of donor anonymity and disclosure to a child that they were conceived with the help of a donor. But for now, we will focus our attention on the stories of people with first-hand experience of the unregulated world of assisted fertility.

For discussion: A course like this won’t be able to cover all views and experiences. Before proceeding to the next step, take a moment to think who you would like to hear from about the issues involved. Whose perspective do you think matters? Why?

Develop an understanding of suicide in a global context. Learn about suicide risk factors and ways to help prevent it.