This content is taken from the Griffith University's online course, Maternity Care: Building Relationships Really Does Save Lives. Join the course to learn more.
View course
2.10 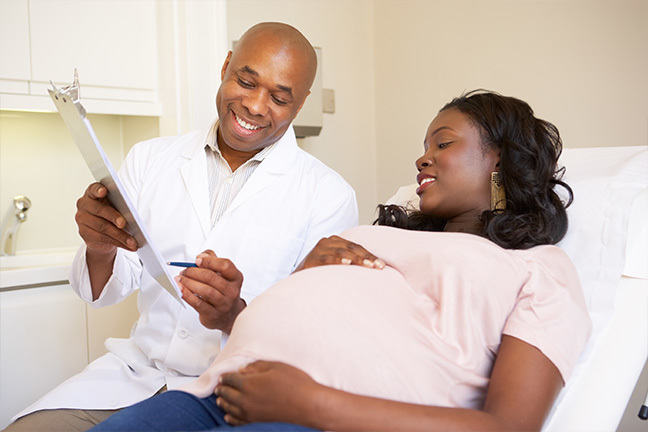 There when needed - connecting women with doctors

The relationship between a woman and her doctor has the potential to help her feel safe, supported, and well cared for in her pregnancy and birth - or to induce trauma by minimising her voice and undermining her trust in herself.

There is an inherent imbalance of power between doctors and women that has been endorsed generation after generation. Women are often heard to say they couldn’t challenge the doctor, or they felt intimidated and afraid to ask questions. Some women readily accept that what the doctor says is best due to tradition and an upbringing that places the doctor in the woman’s eyes as ‘revered’. It requires particular care on the part of doctors to address this imbalance - to make sure that it’s two equals meeting each other in every context of care and ensure that he or she doesn’t hold the balance of power.

Where doctors fail to do this - and instead pursue care they think is best - the term ‘paternalism’ is used. Paternalism is rife in maternity care amongst both male and female doctors. Phrases like “there, there, dear, just relax, we know what’s best for you”, and “don’t worry yourself, it’s my responsibility to look after your baby and keep him safe” are used. It’s easy to see how this can happen. Doctors have years of training and experience, and are trained to exert their power through making challenging medical decisions. But in the birth room, with a woman who, although not sick, is at her most vulnerable, exerting power comes at a high cost.

What do women say about it?

Read this excerpt from “Out of Control: Power Dynamics in the Birthing Bays” written about a woman’s own experience:

“Pregnancy was an incredible time of connection for me… So it was a stark contrast when I became a vessel to be emptied of cargo in the birthing room… Something happens when you and your baby become a number on a whiteboard. You stop being a friend, a sister, a daughter, a mother-to-be… You become Patient A and Baby B.

Some might argue that this is essential under the pressures of today’s medical system. I argue that removing humanity in the most human of situations is dangerous. It changes the dynamic of a room from two equals with equal rights, to Powerful and Powerless. And both parties suffer as a result. Because what happens then under the stresses of pain and unfamiliarity, is that Patient A, already scared and at her most vulnerable, starts questioning herself, doubting her abilities and the validity of her thoughts and feelings as she lays in a submissive position under the gaze and advice of white coats. Advice that gains in power to become unquestionable, because of the shift in dynamic in the room.

Meanwhile white coats dart from one medical urgency to the next… What time is there to prioritize treating Patient A with dignity and respect, when Patient B, C and D all need to be seen too?

And with Patient A now in a physically and mentally submissive position, who is there to remind him, amongst the urgent beeps, of the dynamic at play? That this dominant-submissive role play requires extra efforts on his part for sensitivity and communication? No-one. Especially when family and friends are equally stunned into silence by White Coat fear and the panic of seeing their loved ones in pain.

It might not even occur to a busy White Coat who is ‘just doing their job’ that communication and humanity is so vital to the health of their patients. But that’s because we have all been led to believe that physical health is all that matters…

This all-too-common story is a stark reminder of the deep impact on women when power dynamics are not respected. While it would seem that these dynamics only impact physical health, in reality, as discussed last week, the emotional and mental health of women is equally affected by the type of care she receives. And what’s often overlooked is that a woman’s emotional state directly affects the incredible interplay of labour and birth hormones. These hormones keep her and her baby safe: by making contractions stronger, stopping bleeding, and helping the baby breathe well at birth. We can’t look at physical, mental, or emotional health in isolation - everything is intertwined and one thing affects another.

On the other hand, where power dynamics are acknowledged and everyone’s expertise respected, women can have positive and healthy relationships with doctors. When it works really well, a woman’s relationship with her doctor is transformative: willing to listen to her, treat her with respect, and collaborating with other caregivers involved with the woman’s care. This is the kind of care that women want and need.

How did you feel reading about this woman’s experience? Were any thoughts or feelings triggered as you read it?

How did you feel when you read the two statements representing paternalistic care - have you ever heard a doctor speak like this?

Think of a doctor you really connected with and trusted - why do you think that happened - what was good about that doctor?