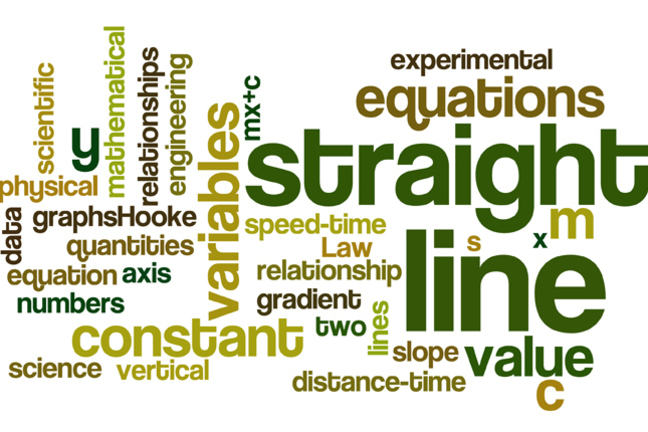 You have spent a lot of time considering equations which have the form and now know that these are mathematical representations of straight lines. You have learned about the significance of the numbers and in equations like this. Particularly, you know that the value of the constant is the slope or gradient of the line.

You know that the value of the constant tells us where the straight line crosses the vertical axis. You learned how you could find the equation of a line given experimental data which suggested that a straight line relationship between two variables was present. You saw how variables other than and are used to represent physical quantities in scientific and engineering applications.

Finally, you saw several applications of straight line relationships such as distance-time and speed-time graphs, and Hooke’s Law.

If you have worked consistently through all the resources we have provided during the last three weeks you should be in a good position to now take the Test for this course.