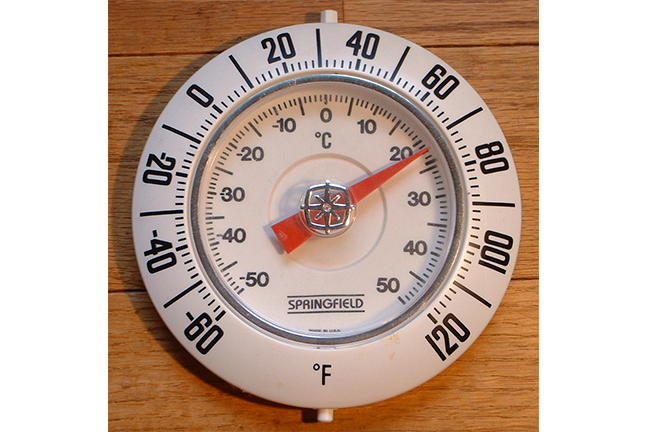 How hot is it today? Well, that depends where you are — in more ways than one. If you are in a hot country, the temperature is higher, and in a cold country the temperature is lower. Okay, so what else is new? Well there is also the issue of how we measure temperature.

In this step we have a look at the important conversion between the Celsius and Fahrenheit systems, illustrating the idea of a linear relation which is not a direct proportionality.

So a natural question is: how do we convert from one temperature to another? One way is with a chart:

A more visual way is to plot corresponding points. Let’s denote the two variables by \(\normalsize{F}\) and \(\normalsize{C}\), standing (of course) for Fahrenheit and Celsius respectively.

Let’s get some practice converting from one system to the other. You can use the formula, or possibly eyeball things from the graph of the line.

We could also rewrite this as