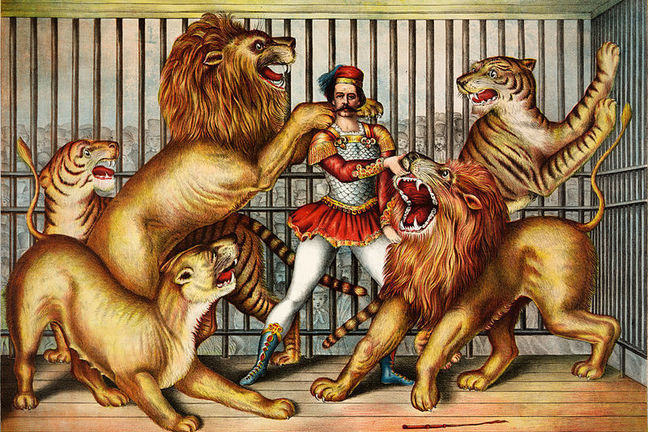 If lions can be tamed, then so too can lines

Taming the algebraic duplicity of lines!

Lines are represented by linear equations. But there are a couple of options in how to present such linear equations, giving us two quite different ways of thinking about how the equation of a line relates to its geometrical form in the Cartesian plane.

In this lesson we will learn

Every line can be written in the form

for some numbers . In fact we should require that and are not both zero. This form has the advantage of being the least restrictive.

Every non-vertical line can be written in the form

This is called the slope-intercept form of a line. This form emphasises the slope , also called the gradient, along with the -intercept of the line.

Q1 (M): What line cannot be written in slope-intercept form?

Q3 (E): Find the - and -intercepts of the line pictured below. 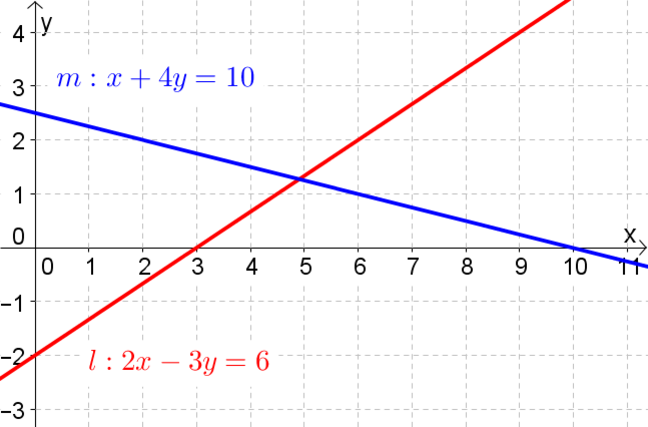 It is often instructive to work with abstract equations rather than special cases. Having letters represent variable quantities, such as the coefficients of and in the equation of a line can lead to more insight into what is really going on.

So the general line

can be rearranged first as and, if , then as

Going the other way, could be rearranged as .

A1. The line with equation cannot be written in the form.

A2. The line can also be written as

We can read off the slope from this form of the line: .