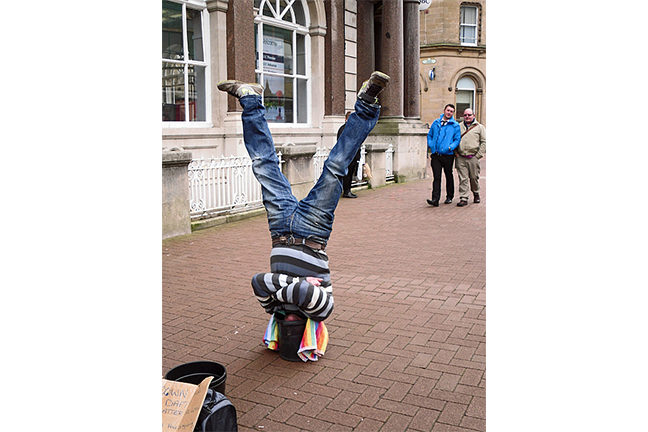 We’ve looked at linear relations, and quadratic relations. Now it is time to look at a quite different kind of connection: an inverse relation between variable quantities \(\normalsize{x}\) and \(\normalsize{y}\) given by the equation \({y=\dfrac{a}{x}}\) for some fixed number \(\normalsize a\gt 0\). This connects directly with the geometry of the hyperbola that we have been studying.

In this step, we introduce inverse relations and discuss basic examples.

An inverse relation, or inverse proportionality is a relation of the form

If we rewrite the basic inverse relation in the form

Q1 (E): If an Olympic walker takes \(\normalsize{3}\) hours to walk a race, and I walk half as fast as the Olympic walker, then how long will it take me to walk the same race?

Another way to state this is \(\operatorname{T}\times \operatorname{N}=40\), which can be interpreted as saying that the job takes a total of 40 person-hours.

A1. Since we halve the speed, the time doubles, and so it will take \(\normalsize{6}\) hours to walk the same race.