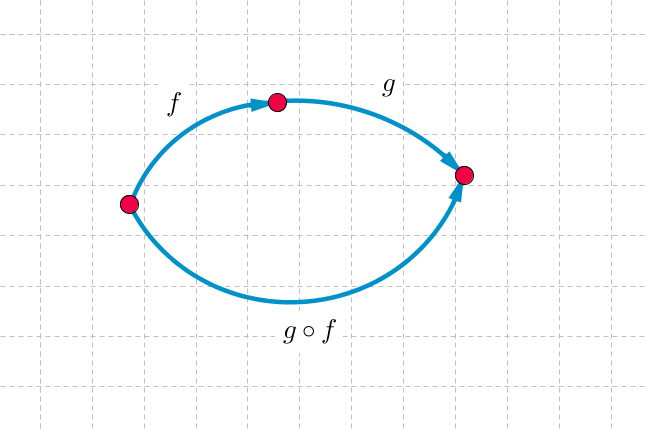 In this step we look at composing functions rather generally, and give examples from the various kinds of linear, quadratic and inverse functions we have already studied.

and that this is different from \(\normalsize{g \circ f}\).

However this is not so simple when we look at compositions of higher degree functions.

In general we can see that the composition of two quadratic functions is going to be a quartic, or degree four, function.

A1. The compositions are:

A3. The compositions are:

If taxes don’t apply to delivery costs, then the total cost is given by \(\normalsize{(d \circ t)(x)}.\)

can be defined only for \(\normalsize{x=0}\), since the value of the function \(\normalsize{f}\) is otherwise negative and we cannot take the square root of a negative number.

A5. Let’s take a vote in the discussion.