Fractions and decimals expressed as percentages

Before we go any further, we need to know what we mean by ‘percentage’.

Percentages work in the same way. A fraction can be scaled so that the denominator is 100. The numerator then gives the amount out of 100, or “per cent”.

Using what we have looked at so far, with equivalent fractions and converting fractions and decimals, it’s possible to convert any fraction and any decimal to a percentage.

means the same as . This means that is the equivalent of 30%. 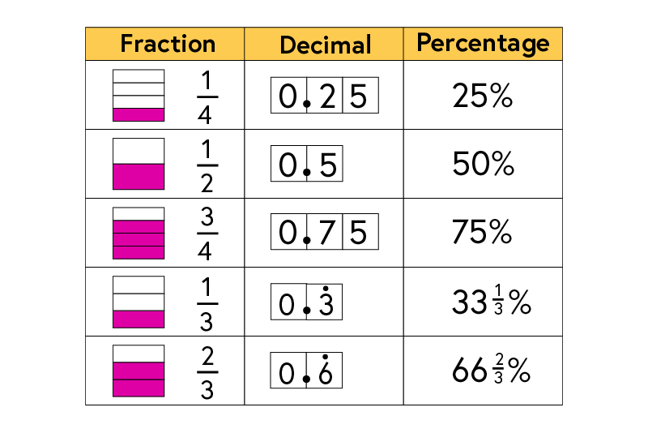 Percentages are everywhere. For this week’s context sharing task, find as many examples as you can of percentages being used both within your school or college and outside. Can you find any examples where the percentage is also expressed as a decimal or fraction?

Post in the comments below, including any links you find, or add your images to the Context Sharing Padlet.

Improve your communication skills when delivering practical activities in STEM subjects and volunteering with young people.