This content is taken from the University of Bergen's online course, Global Health, Conflict and Violence. Join the course to learn more.
View course
2.11 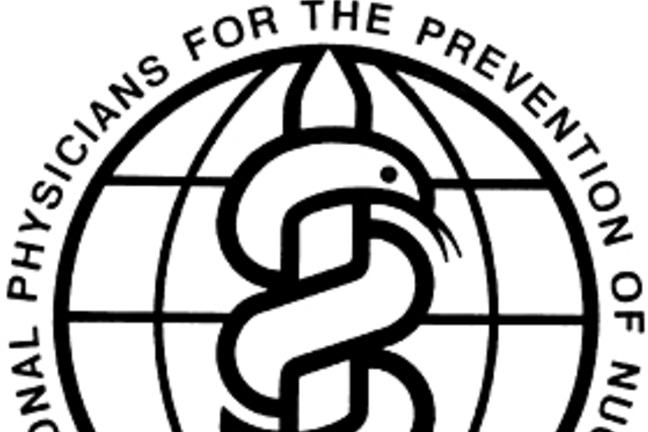 Logo of International Physicians for the Prevention of Nuclear War (IPPNW)

After the use of atom bombs against Japan in 1945, many health professionals realised the futility of providing health care in a nuclear war. As the USSR, UK, France and China also become nuclear states, doctors began to speak out about the nuclear arms race as part of a new organization called International Physicians for the Prevention of Nuclear War (IPPNW). The central message was that there is no adequate medical response to a nuclear war and the most important course of action is to try to prevent it. In 1980 IPPNW doctors from the US and the Soviet Union agreed to work together toward the prevention of nuclear war. Within four years IPPNW had 135,000 members in 40 countries. IPPNW called for:

In 1985 Soviet leader Mikhail Gorbachev announced that the USSR would unilaterally refrain from nuclear testing, and called on the US to do the same. In the same year, IPPNW received the Nobel Peace Prize for its work towards international disarmament. The honour was controversial: conservative politicians in the West accused IPPNW of taking sides with the USSR, but the Nobel Committee responded that disarmament has human rights at its heart, even ‘the most fundamental right of all – the right to life.’

Throughout the 1980s and 1990s, IPPNW comprehensively documented the health and environmental effects of the production, testing, and use of nuclear weapons. From uranium mining to nuclear testing and production, it helped collect and analyse data to assess the health and environmental costs of pursuing security through nuclear weapons. Making use of its medical authority, IPPNW also organized widespread citizen involvement in protesting government policies. By the end of the Cold War IPPNW’s membership had grown to some 200,000 doctors, other health workers and concerned citizens in every part of the world.

Since then, new countries - including Israel, Pakistan, India and North Korea - have developed nuclear capacities, and new forms of nuclear weapons have been developed. At the same time, as a result of cuts in nuclear arsenals, public interest shifted to concerns such as the environment, poverty, civil war and terrorism. Successes in this period included a boycott of General Electric consumer products to force them to withdraw from the nuclear weapons industry; a landmark ruling from the International Court of Justice confirming the illegality of the threat and use of nuclear weapons; Australia’s Canberra Commission on the Elimination of Nuclear Weapons which set out a realistic approach to nuclear disarmament; and model Nuclear Weapons Convention for the UN.

IPPNW was instrumental in establishing the International Campaign to Abolish Nuclear Weapons (ICAN) in 2007 as a coalition of non-governmental organizations from around 100 different countries around the globe. The ICAN coalition has persuaded the world’s nations to pledge to stigmatise, prohibit and eliminate nuclear weapons. To date, 127 states have made such a commitment, known as the Humanitarian Pledge.

In 2017 the Nobel Peace Prize was awarded to ICAN for drawing attention to the catastrophic humanitarian consequences of any use of nuclear weapons and efforts to achieve a treaty-based prohibition of nuclear weapons:

“We live in a world where the risk of nuclear weapons being used is greater than it has been for a long time. Some states are modernizing their nuclear arsenals, and there is a real danger that more countries will try to procure nuclear weapons, as exemplified by North Korea. Nuclear weapons pose a constant threat to humanity and all life on earth. Through binding international agreements, the international community has previously adopted prohibitions against land mines, cluster munitions and biological and chemical weapons. Nuclear weapons are even more destructive, but have not yet been made the object of a similar international legal prohibition”.

IPPNW, together with the World Medical Association, the World Federation of Public Health Associations, and the International Council of Nurses are advocating for the ban and elimination of nuclear weapons. In the ‘Further reading’ section below, you can read their working paper to the United Nations in 2016.

The health and humanitarian case for banning and eliminating nuclear weapons, Working paper, May 2016