This content is taken from the University of Twente's online course, Nanotechnology for Health: Innovative Designs for Medical Diagnosis. Join the course to learn more.
View course
1.2 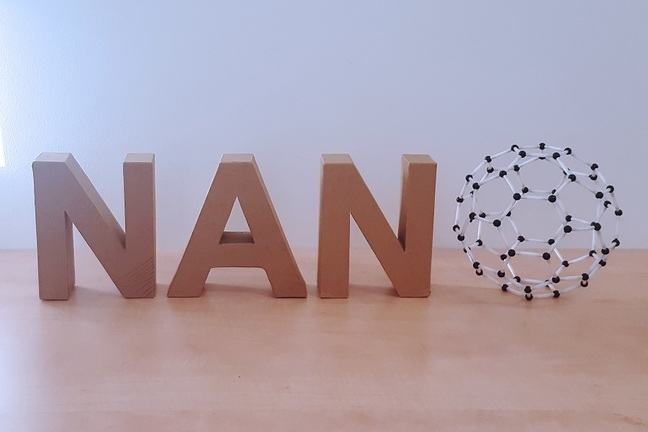 The word nanotechnology is a combination of the words nanometer and technology. With this term a wide range of new technological developments in many different technical and scientific disciplines is denoted such as in electronics, mechanics, biology, medicine, chemistry and physics.

One often used common definition is that the objects that are studied or fabricated within nanotechnology have at least one dimension that is less than 100 \(nm\) in size.

In 1959, Richard Feynman introduced the concept of nanotechnology in his lecture “There’s plenty of room at the bottom”, in which he considered to manipulate matter on the atomic scale. Norio Taniguchi first used the term nano-technology in 1974, to describe manufacturing processes exhibiting control on the order of a nanometer. In 1986, Eric Drexler proposed the idea of a nanoscale assembler in his book “Engines of creation: The coming era of nanotechnology”.

It is only since the 1980s that we are able to see nanometer-sized objects down to the size of individual atoms. And it is only since the last 10 to 15 years that it is possible to fabricate and manipulate objects with these dimensions in a controlled manner. Before this time we did make nanosized objects, but not intentionally. We were not able to see them, let alone manipulate them in a controllable way.

The first nanosized objects that captured the public attention were the fullerenes (commonly known as bucky balls or C-60), discovered in 1985, and the carbon nanotubes somewhat later. These bucky-balls are referred to as 3D nanomaterials, because they have a nanometer size in all three dimensions. Carbon nanotubes are therefore 2D nanomaterials as they have 2 dimensions in which the object is nanometer-sized, and 1 dimension along which it is larger. Today, these nanosized objects are investigated for application in very diverse areas, such as in pharmaceuticals, hydrogen storage and solar cells.

Another example of a nanostructure is graphene, which was realized around 2005. Graphene is a one atom thick sheet form of graphite, and is a 1D nanomaterial (only nanometer-sized in 1 dimension). The fabrication of these graphene sheets allowed researchers to measure its peculiar physical properties, which had been predicted already long before. Its special electronic properties initiated much new research, both in the scientific community as in industry.

Nanotechnology is not only about small scale. As objects become smaller than 100 \(nm\), their physical and chemical properties change. This is a direct result of the fact that the surface-to-volume ratio increases, and surface effects start to dominate. If you consider a cube of 1 \(m\) in size, you can calculate its volume to be 1 \(m\)\(3\) and its surface to be 6 \(m\)\(2\) (i.e. 6 sides each being 1 x 1 \(m\)). Now imagine that you cut this cube into smaller cubes, each one being 1 \(nm\) in size. This will result in 1027 cubes having the same volume (or mass) as the large 1 \(m\) cube, but having a total surface area of 6x1027 \(nm\)\(2\). Furthermore, as particles are smaller and become nanometer-sized, quantum mechanical effects become noticeable.

Part of a stained-glass window from the Sint-Jans Church in Gouda, The Netherlands (source Wikipedia) (Click to expand)

A simple but very intriguing example of changing properties as materials are on the nanometer scale is the apparent color of nanoparticles. Depending on the size and shape of gold particles in an aqueous solution, the color of the liquid is different. This property has been used for thousands of years for creating stained glass.

In the late 20th century, research started to shift its attention from micrometer-sized objects to the nanometer-scale. This change was realized by the great advances made in different scientific fields. The main catalyst of nanotechnology is the development of new nanoscopic techniques, such as scanning tunneling microscopy (STM) and transmission electron microscopy (TEM), discussed in more detail in step 1.7. These techniques allowed scientists to study objects that could not be studied before, such as individual molecules, surfaces and crystal structures of materials with atomic resolution. Scientists are now able to study electrical, magnetic, chemical and biological properties on this small scale. These possibilities spurred an avalanche of new research and developments, which is still ongoing today. We are only at the brink of many new scientific and technological developments, now that we are getting more and more experienced with this nanoworld and all the possibilities it offers.

Learn the fundamentals of Parkinson's disease with this online course. What causes it and what we can do to treat it?