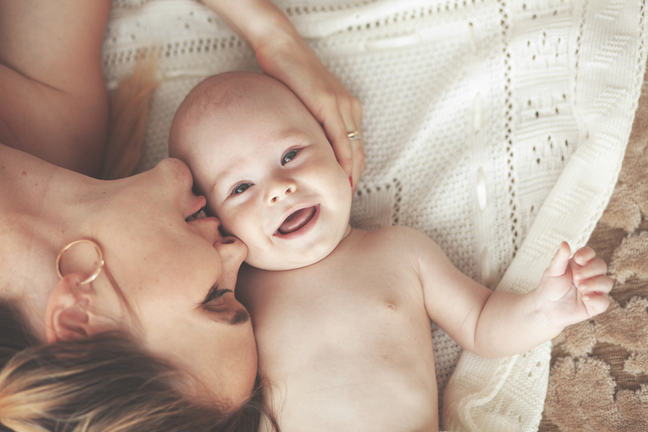 The quality of bonding can impact the newborn's development.

To help us understand the importance of the relationship between parents and their newborn babies, we draw on John Bowlby’s theory of attachment.

John Bowlby was a British psychologist and psychiatrist who developed a theory about the value of parents connecting deeply with their baby. Bowlby (1980) said that from birth, infants are biologically predisposed towards attaching with their primary attachment figure - usually their mother. He said that these early attachment experiences form a foundation for the quality of their future relationships, and attachments with others, throughout life (Bowlby, 1980).

This relationship and attachment between mother and infant is said to start even before the baby is born, when the mother feels her baby’s movements and communicates with her unborn baby (Persico, Antolini, Vergani, Costantini, Nardi & Bellotti, 2017).

These early experiences of care-giving are said to lay the foundation for the way we view ourselves, our relationships with others and the world around us (Ainsworth, 1979 ; Handelzalts, Preis, Rosenbaum, Gozlan & Benyamini, 2018). This is why it is thought that healthy bonding contributes to the psychological well-being and development of the infant and child, and has long-standing impacts (Hairston, Solnik-Menilo, Deviri & Handelzalts, 2016).

The establishment of a positive bond or attachment between a mother and her baby has positive effects on both the baby and the mother. Positive maternal-infant bonding is thought to result in positive parenting behaviours by the mother towards her baby, which contribute to the baby’s enhanced cognitive and emotional development (Kinsey & Hupcey, 2013).

In the comments section below, post your thoughts on John Bowlby’s theory. To what extent do you think our earliest experiences as infants impact our immediate development as well as the rest of our life?