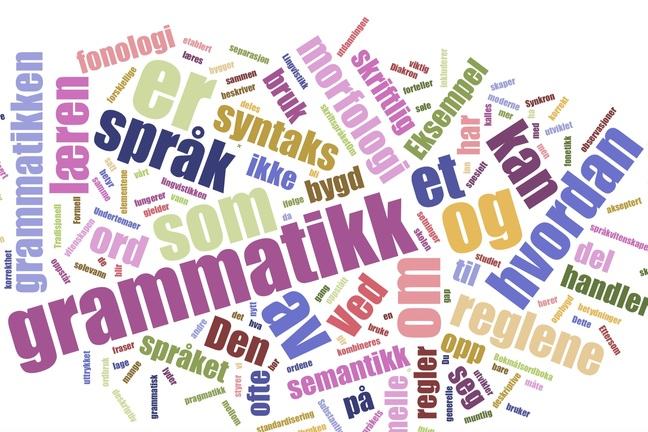 Because this is the last week on the course, we wanted to summarize the most important features of the Norwegian language that you learnt during these short but intensive 4 weeks.

Let’s start with the most recent grammar features on the menu:

We learnt that we have two past tenses in Norwegian, Preteritum and Presens perfektum, for both regular and irregular verbs and that we have to learn their paradigms if we want to conjugate the verb correctly.

Regular verbs are divided into 4 groups:

The Irregular verbs on the other hand follow a path of their own and have specific paradigms you have to memorize.

In the “Downloads” section we have included a brief list of the most common irregular verbs you should know the paradigm of.

Even if irregular, you will notice that it is possible to spot a pattern and group the verbs according to the vowel changes they follow. This is actually a good exercise that helps you memorize paradigms much easier. You might start by trying to group the verbs from the list!

Another grammar feature of Norwegian that you worked with was the inflection of adjectives.

We learnt that adjectives appear in the following positions:

We also learnt that we have an indefinite and definite form of adjectives and that the inflection follows the gender and number of the nouns.

1) In the indefinite form, the adjective describe an indefinite noun and is placed before the noun as in:

2) In the definite form, adjectives describe definite nouns and are always attributive.

The inflection of the definite form of the adjective is special.

We call it double definite construction.

In English there is only one element that expresses definite form, the article “the” as in the big car. In Norwegian, however, definite form is marked twice:

First by the definite articles DEN, DET or DE

Then by the definite form of the noun (bilen).

Note that in definite form the adjective takes the same ending in -e as in plural.

Here you have a small table summarizing the inflection of adjectives in both indefinite and definite form:

And here you have the inflection for one of the most used irregular adjective: Liten (small)

Because some of the forms are confusingly similar to English, you should spend some time memorizing this pattern:

Under “Downloads” you’ll also find the pattern for other irregular adjectives.

We hope this last “Grammar Notes” step has been useful in clarifying possible doubts and insecurities about the use of past tenses and adjectives in Norwegian. These have been the two most difficult language features you learnt on this course.

Now be confident that you are well prepared to join course 3 on Learn NoW - Norwegian for beginners!