0:09Skip to 0 minutes and 9 secondsWelcome to week 4 presentation about subordinate clauses in norwegian. Subordinates can be difficult, but we will try to make things easier for you by explaining the basics in this grammar video. What is a subordinate clause? Subordinate clauses, as the name implies, are NOT independent sentences and they cannot stand alone. That means that they can’t have meaning on their own. They are dependent on and have to be attached to a main clause. Imagine chinese boxes or the russian dolls called «matryoshkas»

3:59Skip to 3 minutes and 59 secondsTake a look at the following Norwegian sentences: Benjamin laget lunsj fordi Alex var sulten Mamma sa at Alex ikke var sulten Norsk er vanskelig fordi jeg har bodd i Frankrike Mamma sier at jeg må øve på å skrive norsk Tone spør om Dina også liker seg på skolen Can you recognize where the subordinate sentences start? Can you translate the sentences? We use FORDI when we want to express a causal relation to the main clause, it corresponds to ‘because’ in English AT corresponds to the English «that» And OM is only used in indirect questions, when for example ‘If’ and ‘whether’ are used in English

4:58Skip to 4 minutes and 58 secondsSo the translation would be: Benjamin made the lunsj because Alex was hungry Mom said that Alex wasn’t hungry Norwegian is difficult for me because I’ve lived in France Mom says that I have to practise on writing Norwegian And Tone asks whether/if also Dina likes herself in school

5:26Skip to 5 minutes and 26 secondsWhen put in the table, the word order of the sentences looks like this: The first column contains the main clause. The second column contains the subjunctions. In the column with adverbs you find both negations like IKKE and other adverbs like OGSÅ In the column with verb, you place both finite and not-finite verbs. So here you place for example modal verbs and infinitives like in «må øve» and verbs tenses like «har bodd». This is also the place for reflexive verbs like «like seg» In the column with other elements you simply place the rest of the sentence elements you

6:18Skip to 6 minutes and 18 secondshave: predicative adjectives like «sulten», objects or time and place expressions like «i Frankrike» or «på skolen» We mentioned at the beginning that subordinates also can be placed before a main clause. In this case, the subordinate clause ends with a comma and is followed directly by the verb of the main clause

6:50Skip to 6 minutes and 50 secondsExamples: Fordi jeg har bodd i Frankrike, er norsk vanskelig for meg Fordi Alex var sulten, laget Benjamin lunsjen Remember in the first course, when we learnt about the phenomenon of inversion? Inversjon in Norwegian? When the regular order of subject and verb in main clauses switchs to verb-subject if the sentence starts with any other elements but the subject? Well, this is exactly what happens here. When you put a subordinate clause first, you start a main sentence with another element different that the subject and this trigger the inversion phenomenon. That’s why you have the verb and then the subject right after the subortinate.

7:49Skip to 7 minutes and 49 seconds«Fordi jeg har bodd i Frankrike, ER NORSK vanskelig for meg» «Fordi Alex var sulten, LAGET BENJAMIN lunsjen» Here are some other examples. All sentences in the table start with a subordinate clause. A comma marks the end of the subordinate and right after you find the inversion with the

8:21Skip to 8 minutes and 21 secondsverb first and then the subject of the main clause: READ the sentences You have already met FORDI, AT and OM. In sentence number 4, we have introduced HVIS, wich means IF and is used in hypothetical sentences.

9:13Skip to 9 minutes and 13 secondsSo if we now translate litterally into English, we get: Because Alex was hungry, Benjamin made lunch Because Dina hasn’t lived in Norway before, Norwegian is difficult for her That Norwegian is difficult, it’s a fact If Dina wants to learn Norwegian, she has to work If (whether or not) you also want to learn Norwegian, I don’t know Remember that you cannot always translate litterally. Sometimes litterally translations are wierd. You have to find the most appropriate words when translating. Ok? So now give it a try in your own language. Be aware that, in reality, you cannot always use this structure with all types of subordinates. With some subordinates you might end up with a very stiff and old fashion sentence structure

10:18Skip to 10 minutes and 18 secondslike in: Om Dina også liker seg på skolen, spør Tone Even if this sentence is grammatically correct, it sounds a little too artificial to be used in everyday speech. But it could work in a specific written context.

10:35Skip to 10 minutes and 35 secondsNorwegians will simply say: Tone spør om Dina også liker seg på skolen When the subordinate is an indirect question like the one above, it is common to put the subordinate after the main clause. In addition to FORDI, AT, OM, and HVIS, subordinates in Norwegian

11:03Skip to 11 minutes and 3 secondscan also be introduced by the following subjunctions: NÅR and DA Når means «when» and is used with sentences in present tense Når du kommer hjem, spiser vi middag Vi spiser middag når du kommer hjem Da means also «when» but is just used with sentences in the Preteritum past tense Da jeg var liten, bodde jeg i Frankrike Jeg bodde i Frankrike da jeg var liten Subordinates can be difficult, but once you have learnt the correct word order it becomes kind of automatic. To help you learn the correct structure, you can write your sentences working with the table on the side. Try to fit your sentence elements in the table.

12:01Skip to 12 minutes and 1 secondIf you have elements that don’t fit, you might want to look again at your sentence structure and move pieces around til you find the right word order. The best way to learn writing Norwegian is to read and practise. So keep up the good work! Lykke til!

We thought to start the week by resuming our last conversation about Subordinate Clauses.

You might watch the video from Course 2 again just to refresh the topic and then read this complementary note on the matter. 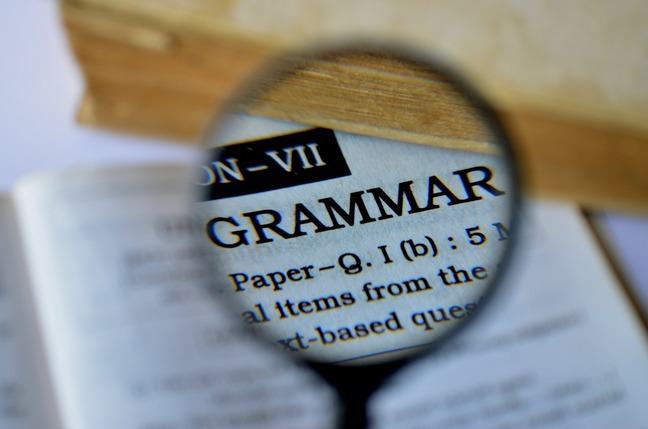 Subordinates can be difficult beasts to tame, so we will try to make this overview simple and practical.

We have different type of Subordinates, here we take a closer look at two of them, Relative Clauses with SOM and Subordinates of time with NÅR and DA.

The English relative pronouns who, which and that are all translated with SOM in Norwegian, regardless of whether it is referring to people, animals or objects:

A relative clause is a subordinate clause, and therefore adverbs like ikke are placed in front of the verb:

In the examples above, SOM is also the Subject of the relative clause. Right?

SOM, like the English relative pronouns who, which and that, is used to replace either the Subject or the Object in a subordinate.

When SOM is not the Subject of the relative clause, the real Subject will come directly after SOM, as for any other subordinating conjunction:

In this case, SOM substitutes the word CAR which is the Object of the relative clause, while the Subject is JEG.

Is it all right? You might read this again and try to make some examples on your own so it will be easier to learn this sentence structure. 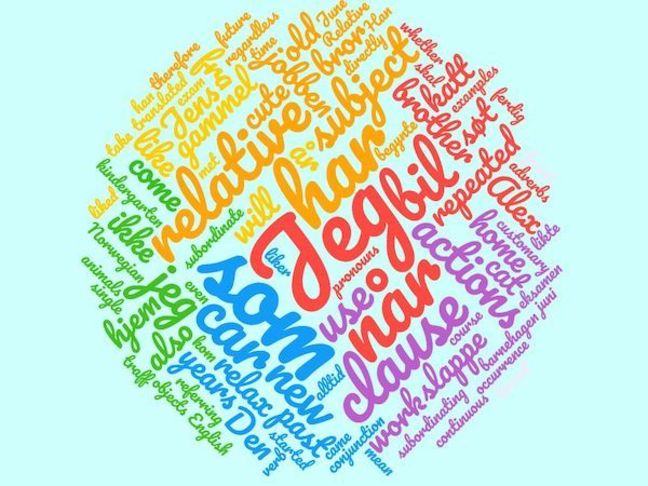 Subordinates with DA and NÅR

Both da and når mean when.

We use da about a single occurrence or a completed action in the past.

N.B: We have to use the Preteritum form of the verb in this case.

We also use når for actions in the future:

We hope this overview was useful.

You can try to make your own examples if you think that will make it easier for you to learn.

And of course you always have this week’s grammar exercises to practise more.