This content is taken from the Raspberry Pi Foundation & National Centre for Computing Education's online course, Object-oriented Programming in Python: Create Your Own Adventure Game. Join the course to learn more.
View course
3.5

To represent inheritance between classes, you can use a class diagram showing which classes inherit from which other classes. This may make the terms ‘superclass’ and ‘subclass’ easier to remember, as super- indicates the class above, while sub- indicates the class below. Some people like to compare these diagrams to family trees. 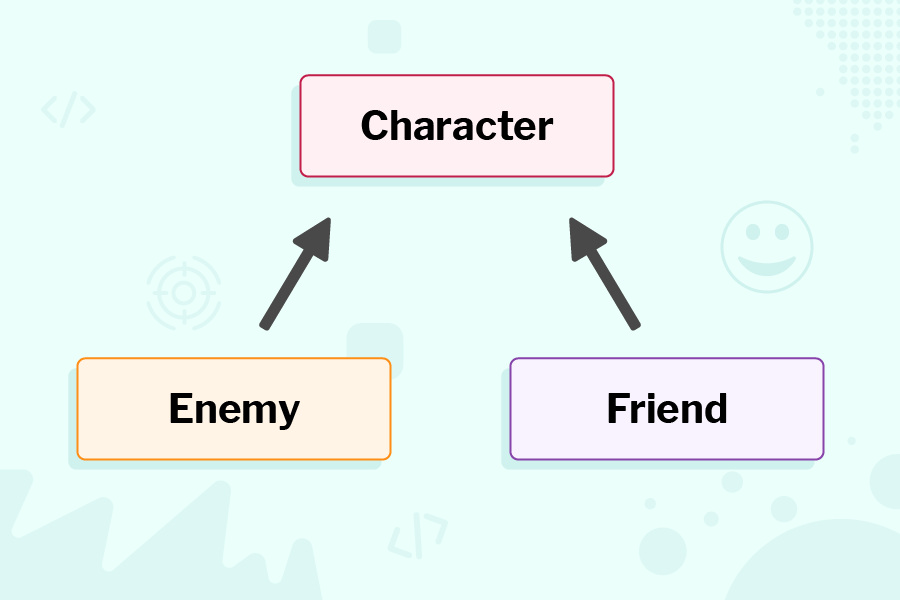 In the diagram, each class is represented by a rectangle. An arrow points towards the class from which something is inherited.

Looking at a class diagram can also help us to understand polymorphism. If a class inherits from another class, it can also be considered to be an object of that class. For example, Enemy inherits from Character, so Enemy is a Character.

In week one, you used the gpiozero library to create an LED object in code to represent a physical LED.

You can see in the diagram below that the class LED is a subclass of OutputDevice. This means that LED is an OutputDevice: it inherits the properties of a generic OutputDevice and adds some specialised methods of its own. 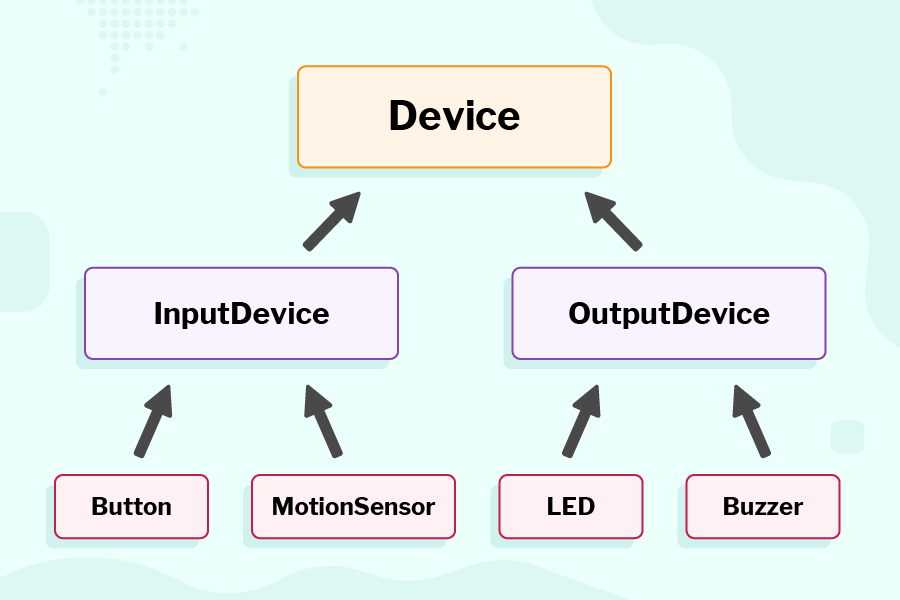 Buzzer is also a subclass of OutputDevice, but it has different functionality. If you look into the documentation, you will find that LED has a blink() method, whereas Buzzer has a beep() method. Both LED and Buzzer inherit the same on() and off() methods from OutputDevice.

Now that you have character and enemy objects, it’s time to put them in rooms and allow your player to interact with them.