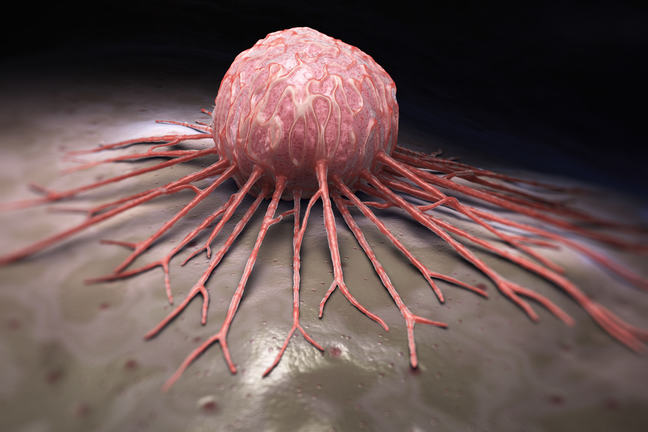 Lung cancer, mesothelioma and bladder cancer are among the most common types of work-related cancers. Even sino-nasal cancer and leukemia can be caused by carcinogens found in the work environment.

Lung cancer has been the most common cancer in the world for several decades. It is also the most common cause of death from cancer worldwide. In 2013, there were 1.8 million new cases, and 1.6 million people died because of lung cancer. 62 % of the new cases occurred in the less developed regions. 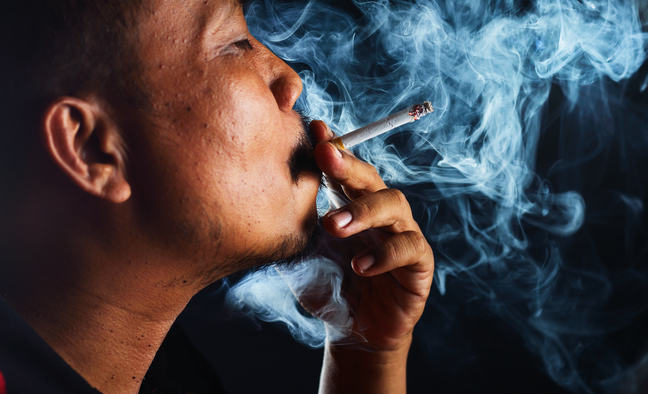 Tobacco smoking is a major cause of several different types of cancer. © Colourbox

Globally, about 75 % of all lung cancers can be attributed to tobacco smoking, - and hence smoking habits in a population exceed all other factors in importance. This estimate is higher, maybe 80-90 %, in countries with historically high smoking prevalence such as high-income North America, Europe and East Asia, and lower in regions with low smoking prevalence such as sub-Saharan Africa. 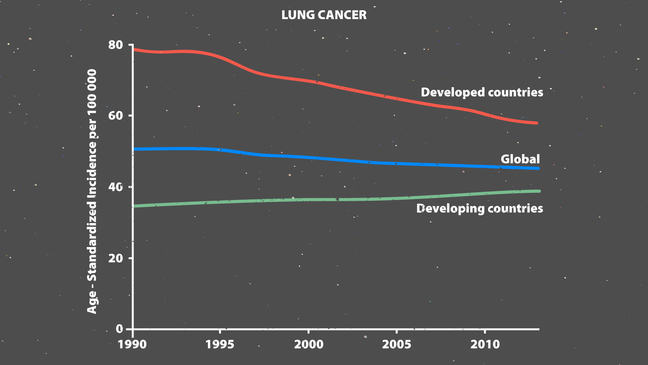 Trends in age-standardized incidence rates (1990-2013) for lung cancer among men, globally, and in developed and developing countries, respectively. © University of Bergen/Arjun Ahluwalia

There has been a slight decline in the global incidence of lung cancer among men since the middle of the 1990s. The same trend, but to a greater extent, can be seen in developed countries, reflecting changes in smoking habits. In developing countries, however, the incidence of lung cancer among men is actually increasing. This increase might reflect the increasing industrialization in these regions and the lack of preventive measures in many work-places. About 8-19 % of lung cancers among males in the United States can be attributed to exposure at the workplace. Many work-related exposures have been associated with lung cancer. Among the most significant are asbestos, cadmium, chromium and nickel compounds, crystalline silica dust, diesel exhaust, poly-aromatic hydrocarbons (PAH), aluminum production, painting, rubber production and X-radiation. It is important to notice that lung carcinogens encountered at the workplace often act in an additive or synergistic manner in smokers. In the case of asbestos work, the combination of smoking and asbestos exposure creates a risk of cancer much higher than just adding the risks.

Malignant mesothelioma is a very rare, but invariably fatal form of cancer that arises from the mesothelium, the protective lining that covers many internal organs. Most cases develop from the mesothelial surface of pleura, and the median survival time after diagnosis is less than one year. More than 80 % of the cases are related to asbestos exposure, and the lifetime risk of developing mesothelioma among asbestos workers is estimated to be as high as 10 %. The latency, or time that elapses between the asbestos exposure to the onset of the mesothelioma, is very long, - typically more than 30 years. Therefore, cases of the cancer that are emerging today could be a consequence of the patients work conditions very many years ago. 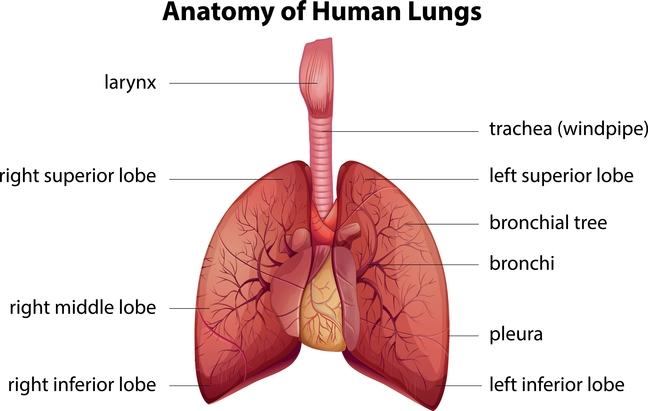 Most cases of mesothelioma develop from the mesothelial surface of pleura and presents with nonspecific pulmonary symptoms including chest pain, dyspnea, and cough. © Colourbox

A descriptive study that analyzed mesothelioma deaths reported worldwide between 1994 and 2008 found that mortality rates due to mesothelioma were highest in high-income countries. The United States of America reported the highest numbers for an individual country, while over 50 % of all deaths occurred in Europe. In contrast, less than 12 % occurred in middle- and low-income countries. However, since the use of asbestos has increased more recently in developing than developed countries, a corresponding shift in the incidence of mesotheliomas in developing countries is expected in the coming years. (ref: Global mesothelioma deaths reported to the World Health Organization between 1994 and 2008.)

Primary malignant tumors of the nasal cavity and paranasal sinus cancer are extremely rare types of cancer. Because of the low absolute risk in the general population accompanied by high relative risks for specific chemical exposures and occupational settings, sino-nasal cancer sometimes is regarded as a ‘sentinel cancer’ or a warning signal suggestive of a hazardous work environment. Occupational exposure accounts for approximately one third of sino-nasal cancer cases among men. Among the most significant work-related exposures that can cause sino-nasal cancer are wood dust, leather dust and nickel compounds.

Leukemia is a cancer that starts in the blood-forming tissue such as bone marrow. Leukemia causes large numbers of abnormal blood cells to be produced. The cancer cells interfere with the body’s production of healthy cells, making the body unable to fight off infections. Leukemia is either chronic (slowly progressing) or acute (rapidly progressing). Acute myelogenous leukemia has been associated with occupational exposures such as benzene and ionizing radiation. Cancers involving the hematopoietic system usually have shorter latency, i.e. the time that elapses between the exposure to the onset of the cancer, than solid tumors.

Bladder cancer is the ninth most common cancer in the world. The epithelium that lines the mucosal surfaces of the entire urinary tract is exposed to potential carcinogens that are excreted in the urine, and environmental exposures including tobacco-smoking, account for most cases of this cancer. The proportion of bladder cancer attributable to occupational exposure varies in different studies in the range 4-27 %. Among occupations associated with urinary bladder cancer are painting, aluminum production and rubber production industry.