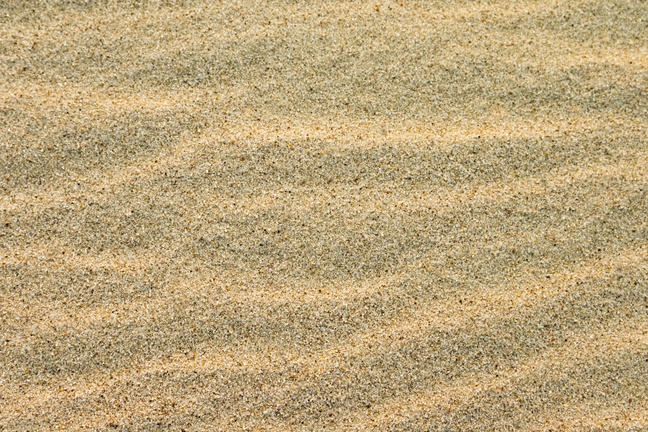 We will now tell you about other known carcinogenic agents and occupations at risk for work-related cancer.

Exposure to crystalline silica dust causes lung cancer. Silica is a very common crystal-like mineral found in sand and rocks, such as granite and sandstone. Any occupation that disturbs the earth’s crust or involves processing or using silica-containing sand, rock or ores has potential risk for lung cancer. Examples include miners and quarry workers, sandblasters, workers in road- and tunnel construction, granite and stone industries, metallurgical industries, and ceramics and glass industries. 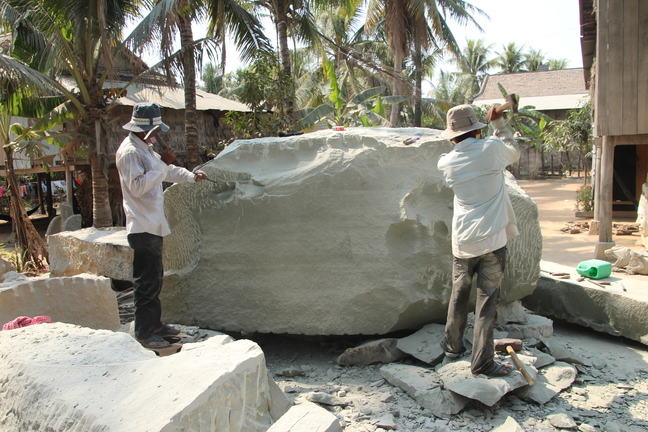 Sandstone is a sedimentary rock composed mostly of crystalline silica. It has been a popular building material since ancient times because it is relatively soft, making it easy to carve.
© G. Tjalvin

Wood dust causes cancer of the nasal cavity and paranasal sinuses and of the nasopharynx. The highest occupational exposure levels to wood dust have been reported in wood furniture and cabinet manufacture, especially during machine-sanding and similar operations. High exposure levels have also been measured in the finishing departments of plywood and particleboard mills, as well as in the workroom air of sawmills and planer mills near chippers, saws, and planers. Woodworking machines have increased greatly in efficiency since the industrial revolution, and the increased speed of production has resulted in the generation of increased numbers and finer dust particles. 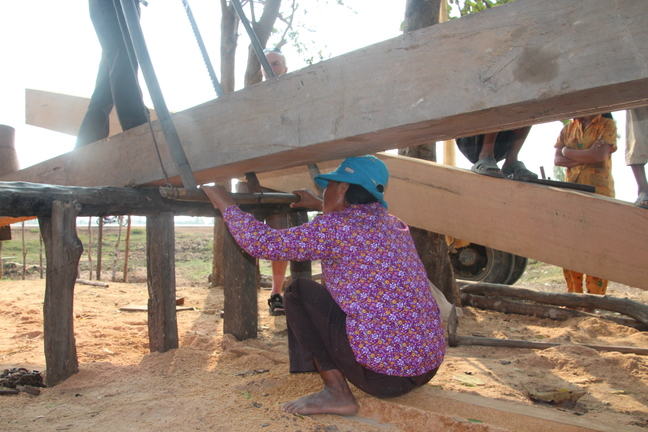 Wood dust is a complex substance. The exposure levels to the person working in the processing of wood depends on several factors including the equipment being used, the ventilation, the type of timber, and any personal protective equipment that may be used.
© G. Tjalvin

Boot and shoe manufacture and repair

Boot and shoe manufacture and repair have been associated with the development of cancer of the nasal cavity and paranasal. Employees in such industries are exposed to different chemicals that are known to be carcinogenic, as well as leather dust. It is most likely that exposure to leather dust plays a role in the association, and IARC has concluded that there is sufficient evidence for the carcinogenicity of leather dust in humans. 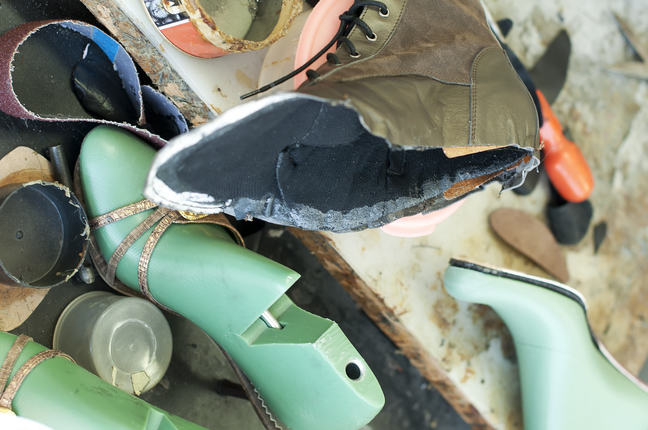 Leather and leather-product industries have moved gradually from the industrialized countries to the developing world. In several developing countries, large and medium-sized manufacturers and retailers are known to use subcontracting practices, informal employment, and so-called home-based shoemaking. © Colourbox

Chromium (VI) compounds cause cancer of the lungs. Inhalation of dusts, mists or fumes, and dermal contact with chromium-containing products are the main routes of occupational exposure. Industries and processes in which exposure to chromium (VI) occurs, include: production, use and welding of chromium-containing metals and alloys (e.g. stainless steels, high-chromium steels); electroplating; production and use of chromium-containing compounds, such as pigments (including textile dyes), paints (e.g. application and removal in construction and maritime industries), catalysts, chromic acid, tanning agents, and pesticides. 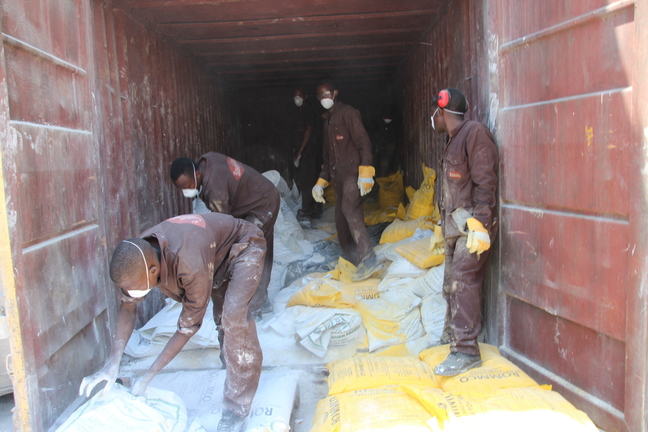 The carcinogenic agent lead chromate has a vivid yellow color and for this reason is used in many sign paints and road marking coatings. Substitutes are available, but multi-national companies often sell lead-free coatings in some markets while they continue to sell lead-containing products in countries where there are no regulatory constraints and customers are less aware of the hazards.
© G. Tjalvin

Ionizing radiation consists of particles and photons that have sufficient energy to ionize atoms in the human body, thus inducing chemical changes that may be biologically important for the functioning of cells. X-radiation and γ-radiation cause cancer of the salivary gland, esophagus, stomach, colon, lung, bone, basal cell of the skin, female breast, kidney, urinary bladder, brain and CNS, thyroid, and leukemia. In-utero exposure to ionizing radiation can cause childhood cancer. Occupational exposure to ionizing radiation occurs during nuclear power production and fuel recycling, military activities, industrial operations, flying and medical procedures. 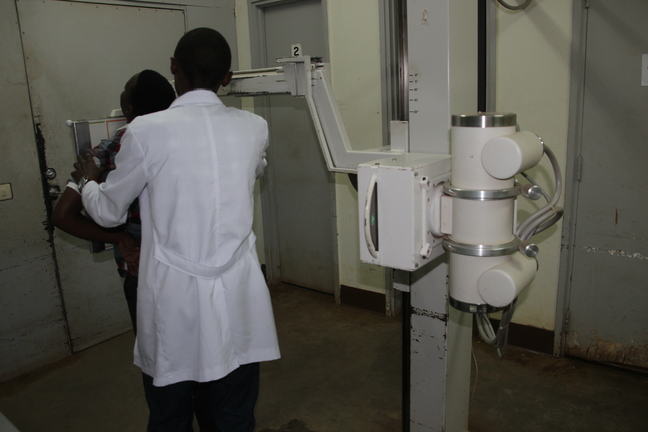 The greatest exposure to ionizing radiation is from natural sources. The second most significant source is the use of X-rays and radiopharmaceuticals in various diagnostic and therapeutic procedures. © G. Tjalvin

Formaldehyde causes cancer of the nasopharynx and leukemia. Formaldehyde is used mainly in the production of various types of resins that have wide uses as adhesives and binders in the wood-production, pulp-and-paper, and the synthetic vitreous fiber industries, in the production of plastics and coatings, and in textile finishing. Occupational exposure to formaldehyde occurs during varnishing of furniture and wooden floors, in the finishing of textiles, in the garment industry, in the treatment of fur, and in certain jobs within manufactured board mills and foundries. Short-term exposures to high levels have been reported for embalmers, pathologists, and paper workers. High exposure levels have also been observed in the production of resins and plastic products. The development of resins that release less formaldehyde, and improved ventilation have resulted in lower exposure levels in many industrial settings in recent decades. 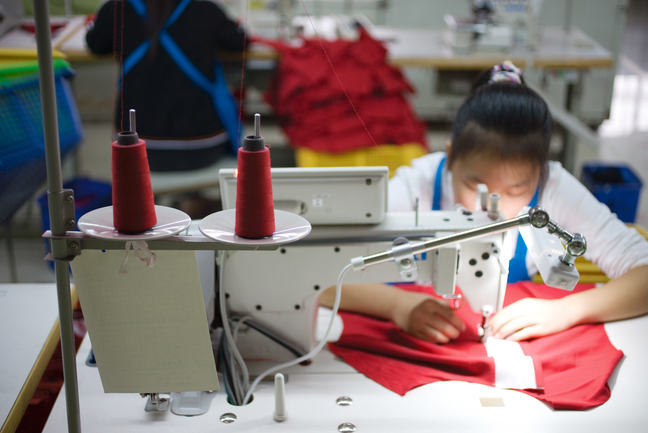 In the textile industry formaldehyde-based resins are used as finishers to make fabrics crease-resistant. Formaldehyde is also used in the colouring process of fabrics. © Colourbox

Benzene causes acute myeloid leukemia/acute non-lymphocytic leukemia. Occupational exposure to benzene occurs via inhalation or dermal absorption of solvents in the rubber, paint and parts-manufacturing industries. It also occurs during crude-oil refining and chemical manufacturing, a large component of which entails exposure to gasoline. Workers involved in the transport of crude oil and gasoline and in the dispensing of gasoline at service stations, as well as street workers, taxi drivers and others employed at workplaces with exposure to exhaust gases from motor vehicles also experience exposure to benzene. 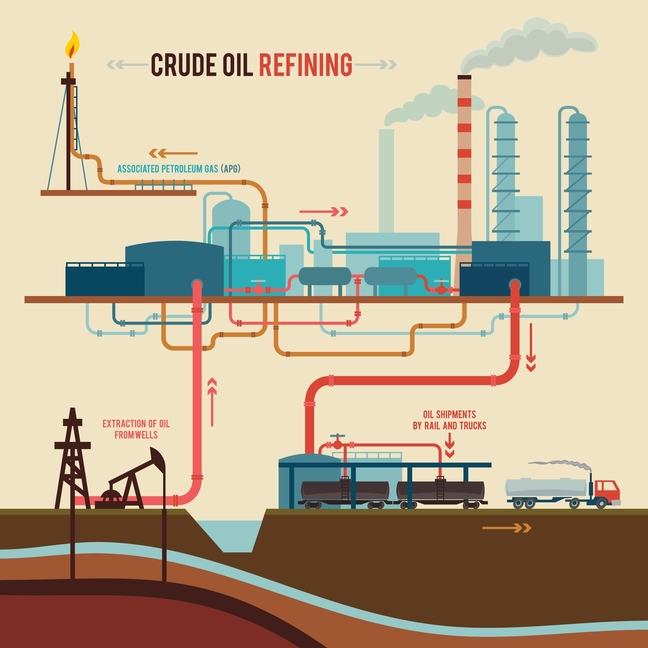 Benzene occurs naturally in petroleum products (e.g. crude oil and gasoline) and is also added to unleaded gasoline for its octane-enhancing and anti-knock properties. © Colourbox

Polycyclic aromatic hydrocarbons (PAHs) are a group of different products resulting from the incomplete combustion or pyrolysis of organic material. Exposure to certain PAHs is associated with lung and skin cancer. High levels of occupational exposure can occur during the conversion of coal to coke and coal tar, and during the processing and use of coal-tar derived products. Occupations of relevance include coal gasification, coke production, coal-tar distillation, paving and roofing that involve coal tar, the use of creosote as a wood preservative, aluminum production and working as a chimney sweep. 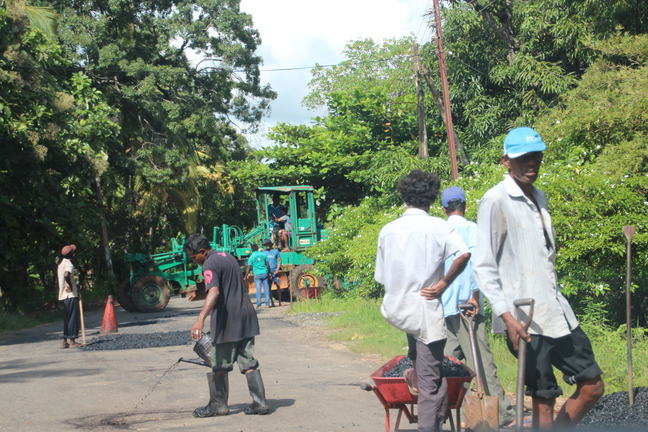 Pavers who are exposed to coal-tar pitch, and often also to bitumen, have increased risk for lung cancer. Exposure to PAHs occurs both through the airways and the skin.
© G. Tjalvin

More examples of carcinogenic agents (or manufacturing processes), the cancer types they are known to cause and occupations or industries at risk can be found in this table (the table is also available as a PDF in the download section at the bottom of this page):