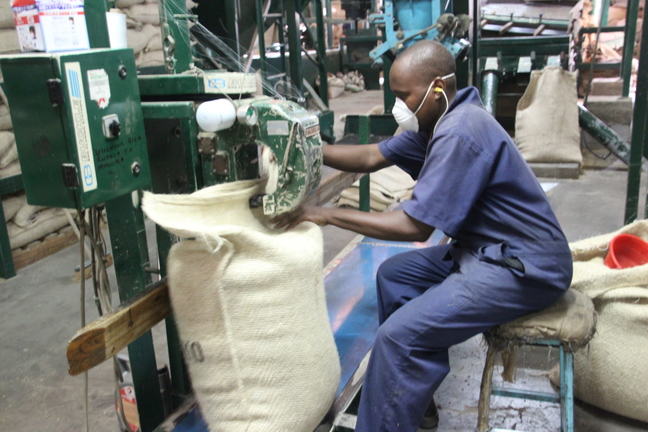 The chair you sit on at work can be important to reduce pain from the muscles. You will learn about the perfect chair this week.
© G. Tjalvin

Work related musculoskeletal diseases; examples and magnitude of the problem

Musculoskeletal diseases are common. Many persons suffer from one of the many different types, involving muscles, tendons, joints and the skeleton. Moreover, the prevalence of these diseases differs from country to country. For example, the major types of work related to musculoskeletal diseases in India might be different from the ones you see in Norway. Here you can read two case examples which illustrate this difference. 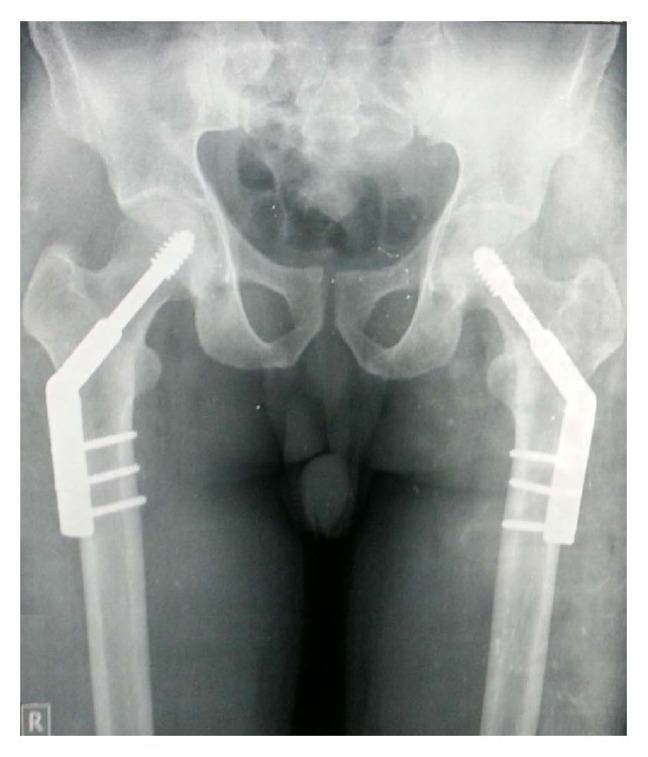 First, I will describe the situation for a 24 year old man from India. Here you can see an x-ray of his pelvis. The x-ray shows that he has had bilateral femoral neck fracture operations. The fractures were stress fractures due to heavy lifting in his work. This man worked as a mason. His work involved lifting stones. The weight of each stone was 10-15 kg and he lifted stones about 3-4 hours per day, a total of 100 to 150 stones daily. He developed pain in his groins, and the diagnosis was determined. While it is not necessarily usual for stone workers and masons to develop such serious conditions, the story illustrates an example of a serious musculoskeletal problem that arose in a relatively common work situation. Many workers in developing countries do not have any lifting aids and must do this type of very heavy lifting during their work day. The potential serious consequences of this type of work on the body are illustrated in this story. Such situations require attention. 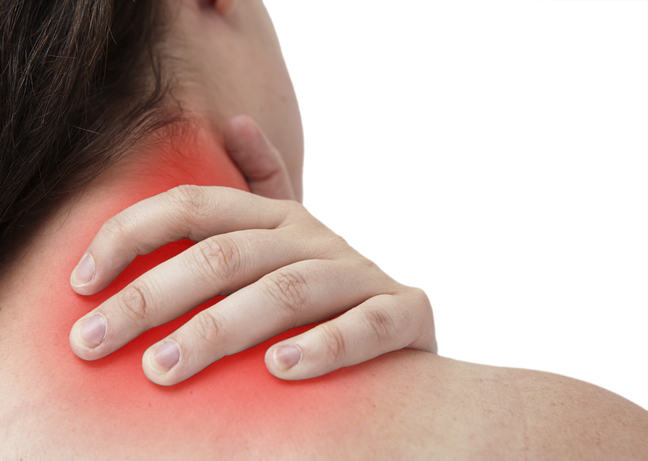 Pain in the neck is a common problem among office workers. © Colourbox

A second example concerns a 24 years old office worker from Norway. She was working in a shipping company, and she had a university degree in English. Her job responsibilities included writing shipping contracts and texts in English as well as participating in business meetings where she was responsible for writing up the minutes. The tasks were challenging for her, as she had no knowledge of shipping. Deadlines were tight; so that she needed to work extra hours most days to catch up with the required texts. The only help or supervision she received was some short instructions from the director of the company before each meeting. After three weeks in this job, she had developed serious discomfort in her neck and started to use analgesics to reduce the pain. After three months, the pain increased until she could hardly move the neck at all. The diagnosis was myalgia, most likely caused by a stress reaction due to her work. She had no other illnesses or problems that could explain her myalgia. She was unable to work for several months. This problem was probably a result of the fact that she was given too much responsibility and too much work too soon in a new job. She should have been trained for her work before she was given so many tasks and responsibilities. It would have been better if she had been given tasks gradually and had received better supervision.

These two stories are quite different. Fractures are far more serious than myalgia. However, the stories also have some similarities, as both of the People involved ended up in a situation where they could not work for a long time due to pain in their musculoskeletal system. The Indian man had experienced a physical strain that was more than his body could tolerate. The Norwegian lady had experienced a combination of a physical strain – sitting constantly writing texts at her computer - and in addition, she had experienced a mental strain; not being able to deliver required texts and results on time. This combination was the most likely cause of her disabling pain.

In Norway and many other European countries, relatively few persons have such a strenuous physical work like the Indian mason described here. Therefore stress fractures of this nature are not common. Lifting aids at construction sites are very common today, and have reduced the incidence of such problems.

On the other hand, myalgia due to mental strain combined with computer work is commonly encountered in all countries with this type of office work.

The point of these two stories for us today is that both these situations could have been avoided. The key issue is to decrease potential strains on workers. If the mason did not need to lift so many heavy stones alone, but had a helper – it could have reduced the strain. If he did not have to lift so many stones every day, this also could have reduced his strain. The Norwegian women should have been given less work and longer time limits, and this would have reduced her strain. In summary: We need to know how to best organize any work involving our musculoskeletal system so as to limit strain. This principle holds for all working situations in all countries.

The magnitude of the problem of musculoskeletal diseases

WHO commissioned a report in 2003 titled: “The burden of musculoskeletal conditions at the start of the new millennium”.

This report states that although the fatal diseases attract much of the public’s attention, musculoskeletal or rheumatic diseases are the most common diseases throughout the world. These diseases have a significant influence on health and quality of life, and are capable of inflicting an enormous cost burden on health systems. The report further states that rheumatic diseases alone include more than 150 different conditions and syndromes that share a common denominator of pain and inflammation. Low back pain is mentioned as a specific example. It is a problem that has reached epidemic proportions, and is reported by about 80% of people at some time in their life. The report also states that surveys involving several developing countries have provided valuable information on the magnitude of the problem in these countries. Among other things, the data has shown that the burden of rheumatic diseases in developing countries is practically equal to that encountered in the industrialized world.

Musculoskeletal diseases
are the major cause of morbidity
throughout the world!

The WHO report highlighted that specific data relating to work-related musculoskeletal diseases in developing countries is unfortunately, lacking. Insufficient knowledge makes it difficult to know what type of problems and diseases that are most implicated. This makes it difficult to know which occupations are most at risk. However, it is very likely that occupations with heavy physical strain are the ones to be most concerned about; occupations such as construction workers, stone workers, miners and cleaners. There are also a large number of workers in the manufacturing industries who have work situations health personnel should be aware of.