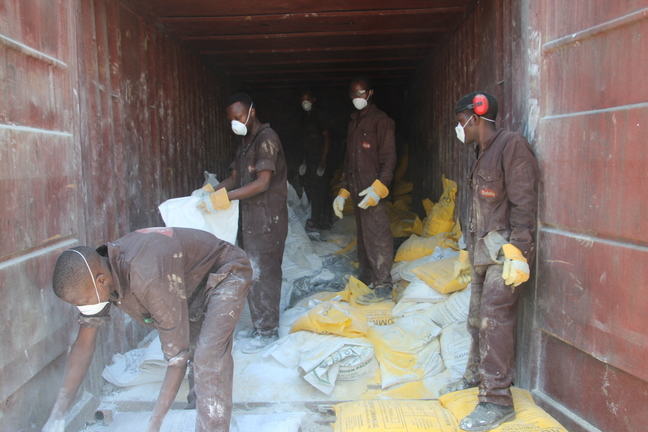 Exposure to inorganic lead can occur in metal foundries and smelters, in battery factories, when removing lead paint, when welding and cutting metal parts coated with lead paint, when producing items made of enamel, brass, tin and bronze, recycling of lead-containing waste, in manufacturing of glass, ceramics and certain types of plastics and when producing ammunition. Uptake of inorganic lead in the body is mainly through inhalation and ingestion. Examples of organic lead compounds are tetraethyl lead and tetramethyl lead, which are used to make leaded gasoline. Organic lead compounds are absorbed as a vapour by inhalation and are also readily absorbed through the skin.

Metallic lead and lead compounds, both inorganic and organic, are toxic, and some of them are carcinogenic. Metal oxide formed on the surface of metallic lead is powder-like, and when touched by the workers can be easily transferred to the fingers, and might thereby be ingested when eating or smoking. Thus, personal hygiene, and especially hand washing, is very important when handling lead.

Reductions and prohibitions in the use of lead in petrol, paint, plumbing and solder in many countries have resulted in substantial reductions in blood lead levels. However, significant sources of exposure still remain, particularly in developing countries.

The Occupational Exposure Limits for lead in the workplace atmosphere is low. For instance, the TLV set by the ACGIH is 0.05 mg/m3.

The Biological Exposure Index (BEI) of ACGIH for lead in blood is 30 μg/100 ml. Due to the long half-life of lead in blood, the sampling timing is not critical. ACGIH has a note concerning women with child bearing potential stating that when the lead blood of the woman exceeds 10 μg/100 ml, there is a risk of delivering a child with blood lead over the current US Centers for Disease Control guidance of 10 μg/100 ml. The binding biological limit value of the European Union is 70 μg Pb/100 ml blood 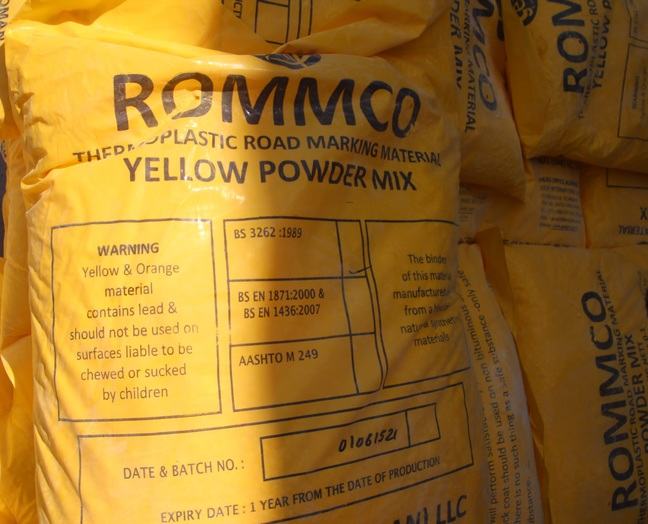 Bags with a powder mix which contains lead.
© G. Tjalvin

Inorganic lead is a cumulative toxicant that affects multiple body systems, including the neurologic, hematologic, gastrointestinal, cardiovascular, and renal systems. If lead stores in the body are not high due to previous lead exposure the biological half-life of lead in blood is normally about one month. Lead is stored in the skeleton, and the half-life of lead in the skeleton is long, 10 years or more.

For inorganic lead, the following health effects may occur:

For organic lead compounds, the health effects are more associated with psychiatric disturbances such as insomnia and hyperactivity.

Mercury is present in nature as organic and inorganic mercury. Inorganic mercury compounds are used in the pharmaceutical industry, in manufacturing pesticides and special types of paints, in batteries, in various instruments and as a catalyst in chemical industries. Spilled mercury forms numerous small droplets which evaporate and might cause intoxication of workers in the area.

Once in the environment, inorganic/metallic mercury can be transformed by bacteria into methylmercury. Methylmercury then bioaccumulates up the food chain in fish and shellfish.

The Occupational Exposure Limits levels for mercury in the workplace atmosphere are low. The TLV set by the ACGIH for the elemental and inorganic form of mercury is 0.025 mg/m3.

The mercury level in urine is considered to be the best indicator of total exposure to mercury during previous months. The Biological Exposure Index (BEI) of ACGIH for mercury in urine is 20μg/g creatinine, taken prior to the work shift. 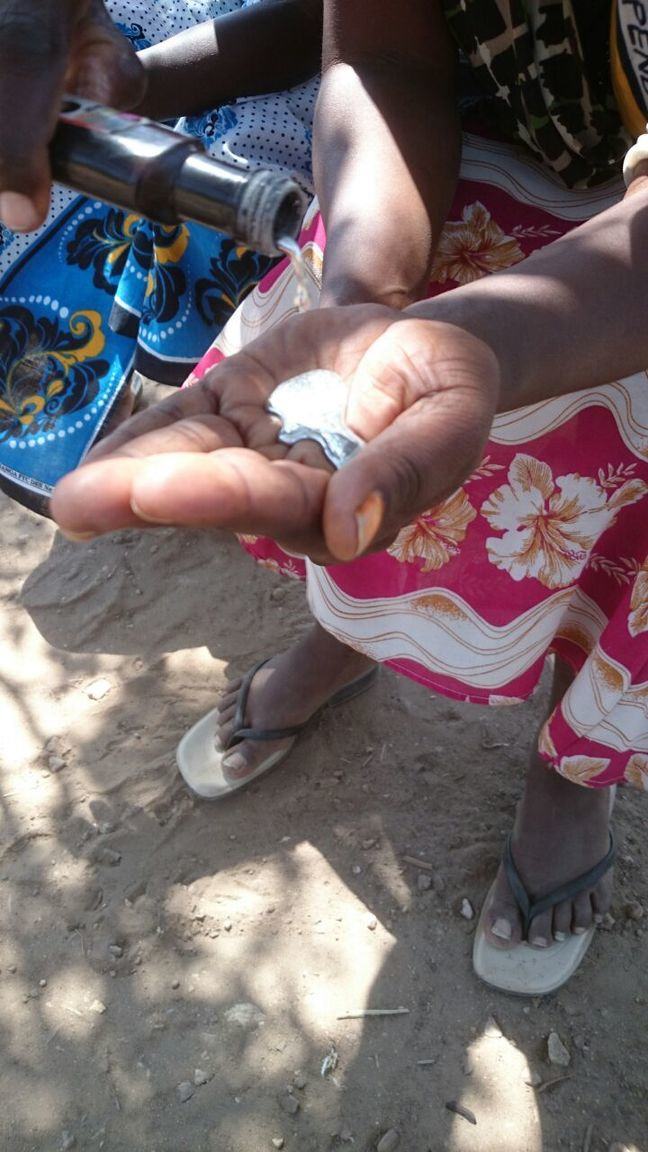 Mercury in liquid form is used in the amalgamation process in gold mines. © Paul Israel Nyarubeli

In many developing countries occupational and general human exposure to mercury from gold mining is an issue of major concern. Use of metallic mercury in gold recovery by amalgamation is an old and still widely used process, particularly among small-scale miners since it is easy and cheap, and does not require specialized tools. Gold-bearing rocks are pulverized in mortar and washed in sluice boxes to form a mineral concentrate. This concentrate is put in a pan and mixed with mercury to recover gold by amalgamation. Excess mercury is removed from the amalgam by squeezing the amalgam in a cotton cloth. The gold-mercury amalgam is then placed in a pot and heated to evaporate the mercury. Poor conditions and unsafe handling of mercury in this process lead to high levels of mercury exposure through inhalation, especially when the heating process is done in huts or other confined areas with poor ventilation. Although the uptake of mercury through the skin is generally considered to be low, prolonged skin contact with mercury when using bare hands to mix the mercury and the mineral concentrate, might lead to significant mercury uptake. Studies have shown abnormally high concentrations of mercury in urine among workers who were occupationally exposed to mercury vapour during amalgamation and burning of gold-mercury amalgams in gold mines in developing countries. 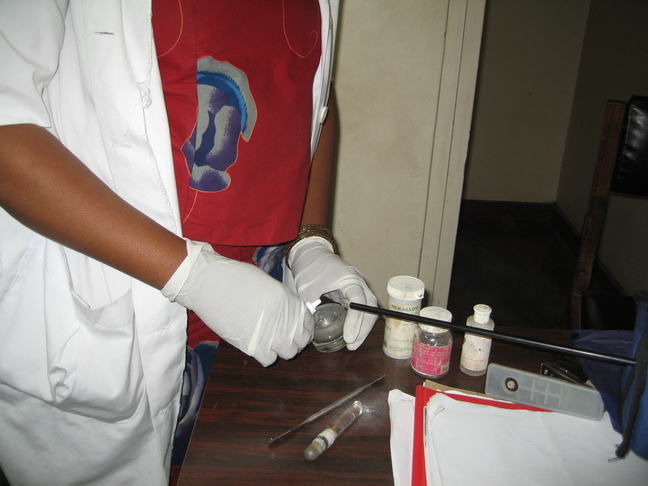 In developed countries a high number of dentists and dental assistants were exposed to extremely high concentrations of mercury fumes while working with amalgam in dental offices during the 60’s until the early 90’s. This exposure caused serious intoxications in dental personnel, with tremor and encephalopathy as a result. Amalgam is a filling material for teeth. Amalgam consists of an alloy where mercury is the main constituent (50-70%), other metals in the alloy might be silver, zinc, copper and tin. Solid tablets of this material were heated until they liquified (Photo below). Inhalation of metal vapor from this process results in significant exposure to mercury. In developed countries amalgam is seldom used today, it has been replaced by new dental filling materials. This issue, however, might still be a problem in many developing countries (Photo above), where amalgam is still used and handled manually by dentists and dental assistants. Although different methods for amalgam production were developed, including capsules and automatic amalgamators, mercury exposure among workers in dental offices still occur. 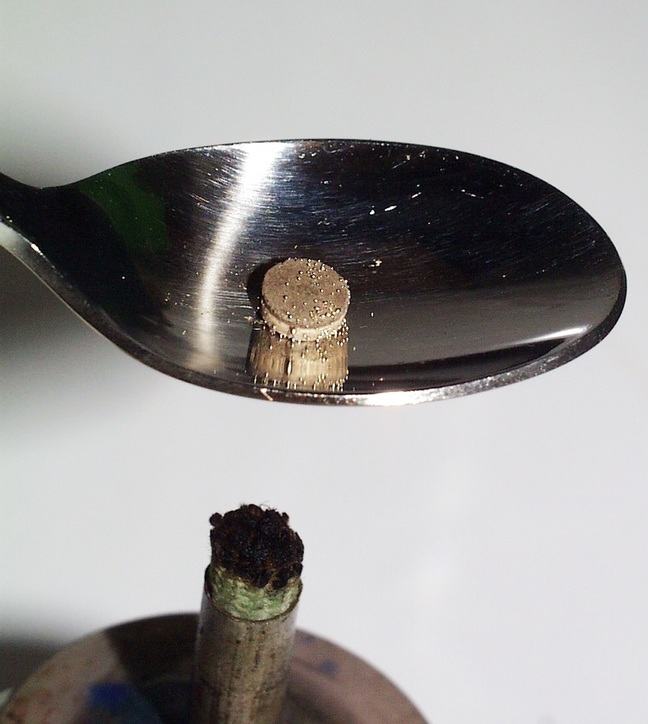 Heating of mercury for amalgamation may cause high exposures in dental offices. © N.R. Gjerdet 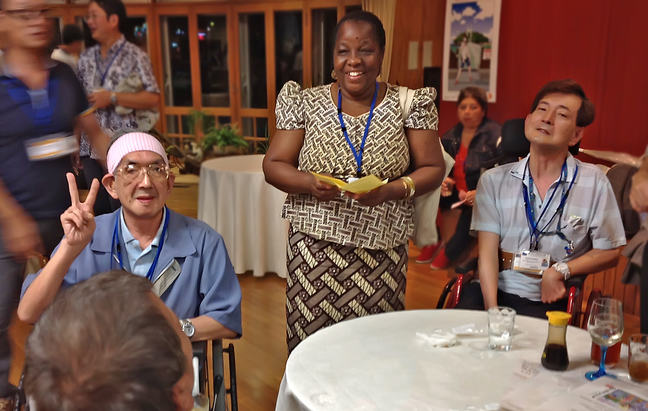 A rehabilitation centre for patients poisoned at Minemata. Several of the patients cannot walk, but are dependent on a wheel chair. © Akwilina V. Kayumba

An example of organic mercury exposure affecting public health occurred in Minamata, Japan, between 1932 and 1968, where a factory producing acetic acid discharged waste liquid into Minamata Bay. The discharge included high concentrations of methylmercury. The bay was rich in fish and shellfish, and provided the main livelihood for local residents and fishermen. At least 50 000 people were affected to some extent and more than 2000 cases of Minamata disease were certified. The most severe cases suffered brain damage, paralysis, incoherent speech and delirium.

Acute exposure to very high levels of methyl mercury results in CNS effects such as blindness, deafness, and impaired levels of consciousness.

Workers may be exposed to cadmium in the zinc, copper and steel industries, in the manufacture of nickel-cadmium batteries, solar cells, and jewelry, in metal plating, welding of cadmium-containing metals, production of plastics and many other industrial activities. The Occupational Exposure Limits for cadmium in the workplace atmosphere is low. The TLV set by the ACGIH for the cadmium is 0.01 mg/m3.

The main route of cadmium exposure in the occupational setting is via the respiratory tract. Cadmium is toxic when inhaled, and is classified as carcinogenic to humans by the International Agency on Cancer (IARC). Cadmium accumulates in the kidney cortex, and may cause progressive renal disease. A characteristic low molecular weight protein marker is found as a result of kidney damage by cadmium. Cadmium exposure may also have effects on calcium-metabolism and thereby reduce the bone-density resulting in an increased risk of fractures.

The Biological Exposure Index (BEI) of ACGIH for cadmium in urine is 5μg/g creatinine. Due to the long half-life of cadmium, the urine sampling timing is not critical. Cigarette smoking is a significant source of cadmium, and needs to be taken into account when interpreting the results .