In the video above, one fantastic quality of organic solvents is illustrated: These substances dissolve fat easily, and can therefore be used to remove oil or grease, as for cleaning purposes. Water does not have this quality, and the fat remains as a bubble on the top of the water surface.

Another great quality of organic solvents, which we cannot see, is that they evaporate quickly in the air. This means that they disappear after they have done their job. For instance when we are painting a wall, we may use an organic solvent based paint. This paint consists of pigments dissolved in organic solvents. The solvents make it possible to put the paint up on the wall. With its fantastic qualities, the solvents disappear, they evaporate easily, and the color is back, stuck on the wall as we want it to be. 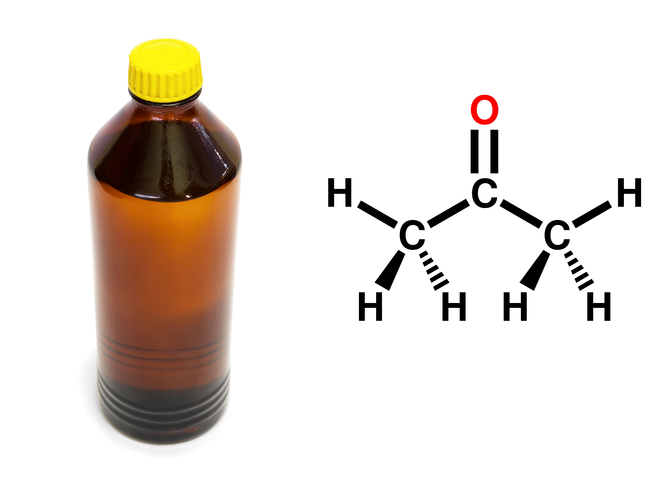 One type of organic solvent is acetone – here is the chemical formula and acetone in a bottle. © Colourbox