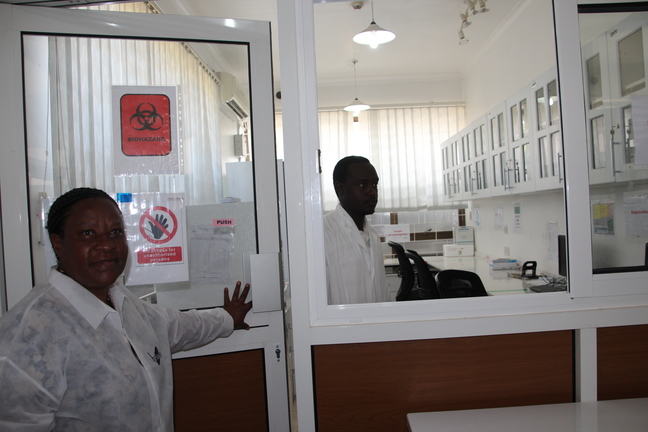 A microbiological laboratory where workers might be exposed to biological factors while handling microorganisms. The door is marked “Biohazard”. © G. Tjalvin

Different kinds of biological factors are encountered in a wide range of work places. The biological agents may cause a variety of health effects in humans, such as infectious diseases, acute toxic effects, allergies and even cancer. We will tell you about different kinds of biological factors, different health effects and describe occupations where exposures to biological exposures are abundant. We will also tell you about some preventive measures, such as vaccination.

Biological factor is a broad term. It includes many agents, such as:

Humans may come in contact with a number of different biological factors through their work, and dependent upon the kind of factor, different kinds of health effects may develop. 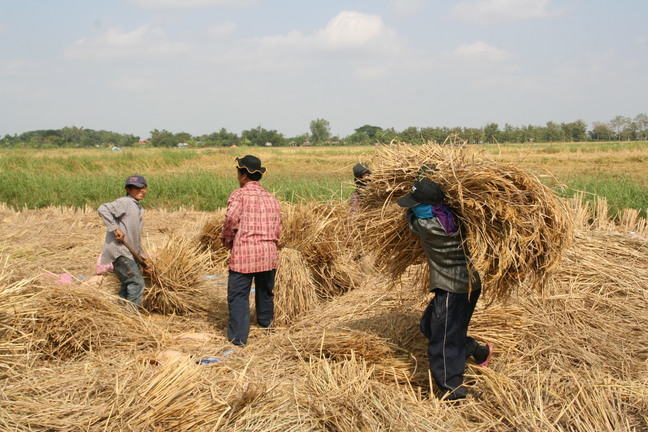 Farmers are at risk of developing both allergic and non-allergic respiratory diseases due to exposure to biological factors, such as allergens, fungi and endotoxins. © G. Tjalvin

Typical examples of microorganisms are bacteria, fungi, virus and parasites. Microorganisms are a normal part of our environment, and most of them pose no threat to our health. However, some may be harmful, depending on the qualities of the organism, the amount present and the human receptiveness. The human receptiveness depends on how the biological factors enter the body and how the body is able to defend itself. Our ability to protect ourselves varies; being lower among elder persons, during sickness, during severe injuries and periods of immunodeficiency. Our protection is also decreased when we have open wounds or eczematous skin, and if we have not used preventive measures, such as gloves, suits, respiratory protection or have not been vaccinated.

The most common infectious sources at work places are: 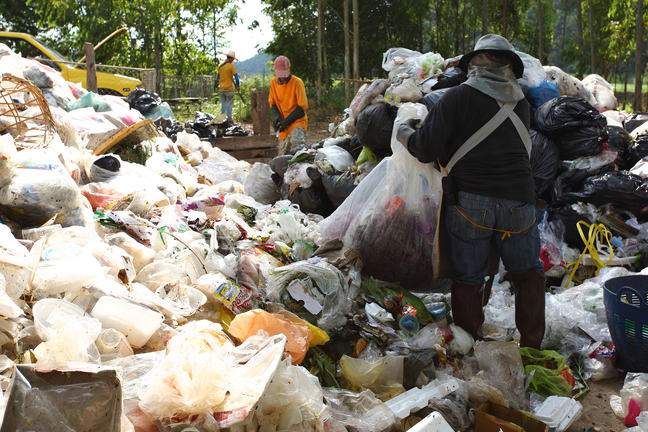 Workers in a waste disposal facility can easily come in contact with materials contaminated by body fluids, cut themselves or be stuck by a needle. This way they might be exposed to biological factors, resulting in diseases including hepatitis B, hepatitis C and HIV. © Colourbox

Workers may develop infections both by direct and indirect contact with the infectious agents.

Biological factors can cause other negative health effects than infections. They can for instance produce toxins. Tetanus is a disease of the nervous system caused by a toxin produced by the bacterium Clostridium tetani. This bacterium is found in soil and animal faeces produces and it produces spores, which are resistant cells, able to survive in the soil for many years. The bacteria may contaminate wounds that penetrate the skin, and farmers and others who work with soil and/or animals are especially at risk. The initial wound is often quite trivial and may not even have received medical attention, but it can lead to a lethal disease such as tetanus, if treatment is not given in time.

Toxins may also give rise to infection-like diseases such as gastroenteritis due to toxin-producing Escherichia coli resulting from eating raw or undercooked meat or from being in contact with farm animals. Some toxins can seriously affect the liver and cause cancer.

The term bioaerosol is often used about aerosols or particulate matter of microbial, plant or animal origin. The term “organic dust” is often used synonymously. Bioaerosols may consist of different kinds of pathogenic or non-pathogenic live or dead bacteria as well as fungi, viruses, high molecular weight allergens, bacterial endotoxins, mycotoxins, peptidoglycans, β-glucans, pollen, and plant fibres. A wide range of health effects may develop due to bioaerosol exposure, including the infectious diseases described above. A number of diseases may arise from inhalating fungal spores in the course of handling decaying matter, faeces, compost or soil. Farmers, veterinarians, health care workers and biomedical workers studying infectious agents are at the highest risk for occupational infectious diseases due to bioaerosol exposure. 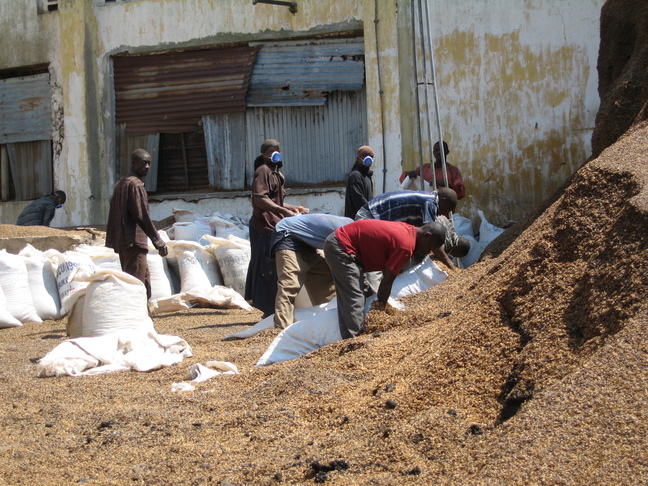 Putting “husk material” -waste from coffee production- into bags may cause high levels of exposure to organic dust and endotoxins. This may cause asthma problems among the workers. © B.E. Moen

Respiratory diseases are another major group of diseases due to bioaerosol exposure. These range from acute mild conditions to serious chronic lung diseases, and can be divided into two groups, non-allergenic and allergenic. Work-related respiratory symptoms result from airway inflammation caused by exposures to endotoxins, inflammatory agents or allergens. Endotoxins are non-allergenic cell wall components of Gram-negative bacteria with strong inflammatory properties, and are important factors in the development of non-allergic rhinitis and asthma, and organic dust toxic syndrome. Allergic respiratory diseases, including allergic rhinitis, allergic asthma and hypersensitivity pneumonitis, such as farmer’s lung, involve an immune-specific mechanism in which antibodies, such as IgE and IgG play a role.

According to ILO the following biological agents and infectious or parasitic diseases should be considered as being clearly occupational diseases: Brucellosis, Hepatitis viruses, Human immunodeficiency virus (HIV), Tetanus, Tuberculosis, toxic or inflammatory syndromes associated with bacterial or fungal contaminants, Anthrax and Leptospirosis. See the ILO list of Occupational Diseases (2010)