This content is taken from the University of Basel's online course, One Health: Connecting Humans, Animals and the Environment. Join the course to learn more.
View course
1.13

Luminaries of One Health

The convergence of interests in human and animal health, based on careful observation and scientific study, has been recognised and promoted by luminaries in the field of health sciences. Much of it is based on inferences and analogies from empirical observations of specific diseases and comparative anatomy rather than on broader definitions of health.

Rudolf Virchow, the founder of cellular pathology at the end of the 19th century, and Calvin Schwabe, an internationally renowned veterinary epidemiologist and pioneer of veterinary public health in the 20th century (shown in image one), were among the first to articulate key points that have motivated elaboration of the premise of One Health. 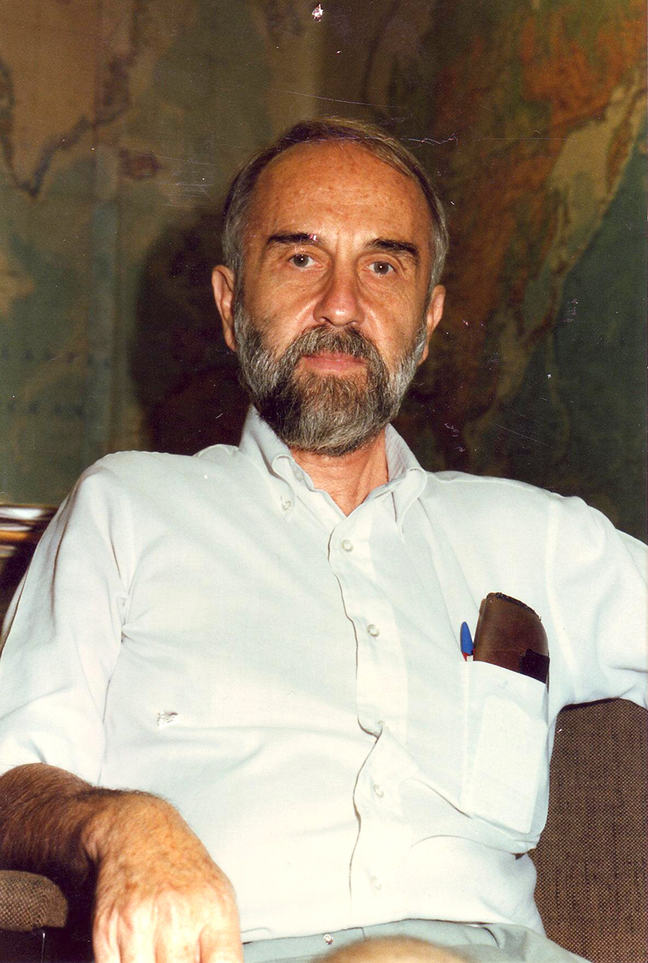 Image one: Calvin Schwabe in Haverford, Pennsylvania, USA
© Gwendolyn Schwabe (reproduced and published with the kind permission of her son Christopher Schwabe)

Referring to bovine tuberculosis at a hearing in the Prussian senate, Virchow stated: ‘There is no scientific barrier between veterinary and human medicine, nor should there be. The experiences of one must be used for the development of the other.’ Influenced by his experience working with Dinka pastoralists in Sudan, Schwabe coined the term of ‘one medicine’, to make the point that, ‘There is no difference of paradigm between human and veterinary medicine. Both sciences share a common body of knowledge in anatomy, physiology, pathology, on the origins of diseases in all species.’ (Both quotes as well as the following: cf. Zinsstag, 2015, 16-25)

We find harbingers of this kind of thought even earlier. In 1568 in Venice, Giovanni Filippo Ingrassiasis stated that veterinary medicine is essentially united with human medicine: ‘Quod veterinaria medicina formaliter una, eademque cum nobiliore hominis medicina sit.’ An 18th century Chinese text, ‘On the Origin and Development of Medicine’ by Xu Dachun, states ‘the foundations of veterinary medicine are as comprehensive and subtle as those of human medicine, and it is not possible to place one above the other.’ Claude Bourgelat, founder of the first veterinary school in Lyon, France in 1762, was heavily criticised when he recommended human clinical training within the veterinary curriculum.

However, in the 19th century, with the advent of cellular pathology, scientists like Rudolf Virchow developed a strong interest in linking human and veterinary medicine as a form of comparative medicine based on the discovery of similar disease processes in humans and animals. William Osler, a student of Virchow, conveyed integrated medical thinking to North America. Karl F. Meyer, a veterinarian from Basel, Switzerland was director of the Hooper Institute (1921-1951) and discovered the Western equine encephalitis virus, also establishing the first American Public Health course.

Collaboration between veterinarians and physicians should produce benefits that are much more than additive. Value-added benefits are related to direct positive outcomes in reduced risks and improved health and well-being of animals and humans, or in financial savings, reduced time to detection of disease outbreaks and implemented public health actions as well as improved environmental services. To fully understand the range of potential benefits implies a deeper and comprehensive recognition and understanding of how humans, animals and their environment are interrelated. Of equal importance, it requires a demonstration and documentation of the benefits and added values resulting from the cross-talk and closer cooperation between human and animal health.

One Health can be defined as any added value in terms of health of humans and animals, financial savings or environmental services achievable by the cooperation of human and veterinary medicine when compared to the two medicines working separately.

For a detailed history we refer you to chapter one of the textbook: