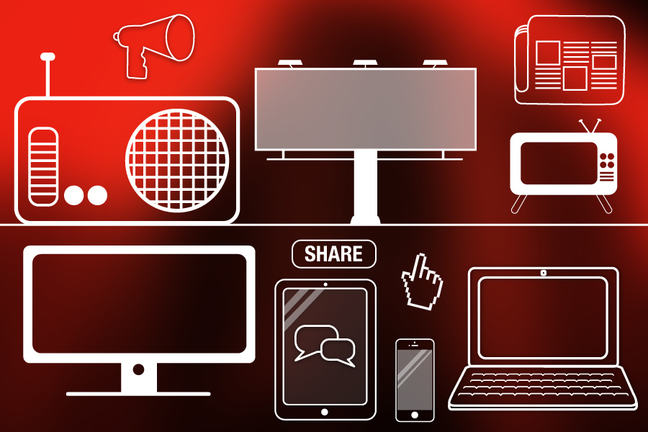 Marketing dates back to the pre-industrial revolution; businesses have had to continually adjust their approach to marketing in order to survive and prosper and to keep up with changing consumer needs.

To understand how marketing and digital marketing has evolved and how it continues to evolve, it’s useful to briefly consider the clearly defined phases that it has passed through since the 18th century:

In the ‘trade’ era (also known as the ‘pre-industrial revolution’ era), businesses focused mostly on providing target markets with handmade products. Businesses used personal communication - word of mouth. As villages grew into larger dispersed populations and economies started to grow, other means of communication were used to reach audiences, for example, newspapers.

In this era businesses started manufacturing a quantity of goods in hope that the target market would buy what was produced. It was relatively successful because there were only a few competitors in each industry. Manufacturers began to realise the power of newer print mediums such as newspapers and magazines to reach the masses.

During the ‘sales’ era competition intensified and companies focused on producing and selling goods to target markets - regardless of whether they wanted the product. New mediums, such as radio and later television in the 1940s, were used to help persuade potential target markets to buy.

In this era the ‘marketing department’ or ‘marketing company’ came about through the saturation of markets. The marketing concept known as the 4Ps of marketing - product, price, place and promotion (and later, the 7Ps - adding people, process and physical environment to the mix) - became widely accepted. As a result, marketers started to use carefully crafted television commercials and billboards, and a combination of medias - designed to show what your life could look like if you purchased their products.

The ‘relationship’ era focused on building target market loyalty and developing relationships. We learned that communicating alone was not enough - we added the use of databases to our marketing armory, and stepped into the new world of marketing using technologies.

The ‘social’ marketing era concentrates on social interactions and real time connection with consumers. This thirst for connection and convenience is driving our appetite for digital technologies - the promise of ease, convenience and reach of products and services that older, more traditional media can’t offer the target market. The age of inbound marketing where the business can list out digital marketing has become the favourite medium due to its vast number of electronic tools, and metrics.

In the past decade, as part of the social era, we have seen how digital marketing has changed and shaped both consumers and businesses. For example, with the use of web marketing, SEO, SEM and Cookies, we are now able to track, monitor and use real time information to drive messages to individual target markets.

Follow the history of the digital evolution via this interactive timeline. Alternatively there is a PDF version of the timeline in the Download area.

Now we have looked at how digital marketing is shaping interaction and behaviour with brands, what brands have have you purchased as a response to a digital marketing campaign? Post the brand name(s) in our Answer Garden

Explore how shopping has changed with this course that demystifies the new world of omni-channel for shoppers and supply-chain.