This content is taken from the University of Basel & Swiss Academies of Arts and Sciences 's online course, Partnering for Change: Link Research to Societal Challenges. Join the course to learn more.
View course
2.11 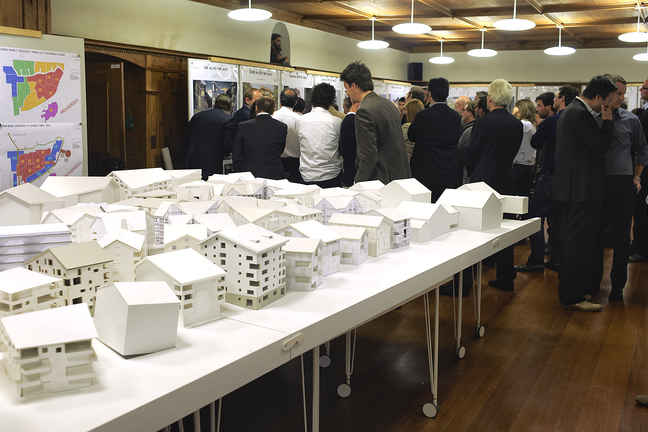 In the first week, the BESTandermatt study was introduced. Although research on the socio-cultural impact of tourism was instituted in the 1970s, few empirical studies have been published on this and similar topics in recent times.

As tourism is primarily regarded as an economic phenomenon, economic prosperity and the satisfaction of the tourists’ needs are generally considered to be of highest priority, while the socio-cultural and socio-structural impact of tourism are often neglected. The tourism marketing perspective additionally takes into account the ‘location’, which is not only a tourism product but also a living space where people work, have their homes, live their lives, and relax. Residents are an important part of the tourism system at a destination. A vibrant cultural identity is not only central to the quality of life of the residents, but is also in the interest of tourism itself. This is the theoretical starting point for the transdisciplinary long-term accompanying study BESTandermatt, which focuses on the social dimension of the resort’s sustainable development.

The structure of the long-term study permits ascertaining the situation of the residents as well as stakeholders and their evaluations and concerns at various phases of development of the resort. Considering various phases is relevant, since studies have shown that the attitude of the local population towards the effects of tourism changes over time. It was observed that in a first phase of resort development, there is often admiration for cultural innovations that bring about change in tourism. If the residents are not sufficiently included in this process of transformation, a phase of critical distance often follows. This phase may be replaced later either by resignation and passive rejection, a phase of active resistance, or development of independent alternatives besides tourism.

Marion Thiem notes that locals are generally either not or not sufficiently involved in decision making on tourism development. Resignation, apathy, social withdrawal, or emigration may be a result of the lack of possibilities for participation. However, in discussions about the effects of tourism, negative aspects, such as risks and fears, are discussed, while chances and hopes are often not even considered. The influence of tourism on culture and the sense of belonging in a community is described in a study on tourism development in Swiss tourism for Zermatt (see 1): ‘The traditional cultural life previously lived in Zermatt in public has been increasingly displaced. The strong influx of foreigners […] additionally led to the weakening of their own culture and identity. Especially older people complain about the loss of personal closeness and weaker cohesion of the population […]’. Similar effects occur in regions where mass tourism is practiced. As the tourism industry is rapidly growing, the challenge to manage tourism for socially sustainability is an urgent need in various destinations.

Based on these findings, BESTandermatt aims to create conditions that make it possible for local actors to participate in reflection and learning processes. This is in line with the transdisciplinary research approach, which designs and organises research as a mutual learning process and which is conducted reflectively. To gain insights into change processes nudged by the tourism resort, models and findings from tourism research are consulted.

Of key importance is Marion Thiem’s four-culture model aimed at making mutual multi-layered interactions between the phenomenon of tourism and cultural identity visible. According to Hans Pestalozzi, culture is understood as ‘what is typical of a human community in a specific region’ (see 2). The four-culture model distinguishes 1) the culture of the tourism source region, and 2) the target region – the tourist resort. It takes 3) the tourist culture into account, which refers to the life style cultivated by tourists and considers 4) the service culture, focussing on people affected by tourism in a target region. Drawing on this model, the importance of reflecting and including the socio-culture, the lifeworld, and various actors and roles of the local population or guests becomes visible.

Insight from locals into the subjective perception of the situation is needed. As locals represent an important part of the tourism system at a destination, the harmonic coexistence of local residents and guests is important for the success of a tourism resort. The advantage of the transdisciplinary approach is that it grasps different perspectives existing in a village or destination and gathers various local actors and stakeholders. Their specific insights and perspectives are recognised as a specific local body of knowledge, resting in various cultures, and included in activation processes.