In this article Dr Gautam Kumar, an anaesthetic consultant at UCLH, introduces the concept of perioperative cognitive disorders, their diagnosis, management and consequences.

Any patient’s cognition can be affected acutely by the insult of surgery, anaesthesia and postoperative recovery. Postoperative cognitive issues, however, are more common in those with underlying cognitive impairment and therefore in the older person.

Crucial to making any cognitive diagnosis is an excellent patient and collateral history to elucidate the features and timings of changes in behaviour and memory. Many cognitive tests exist to corroborate a diagnosis and clinically 5 tests are commonly used:

• 4AT - a newer tool that incorporates a shortened AMTS. [3] 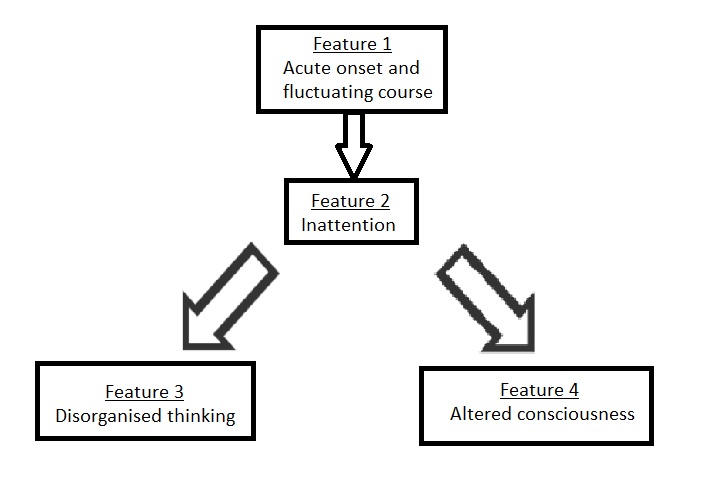 It is important to realise that patients with previously undiagnosed cognitive impairment (up to 88% undiagnosed) [5] are at high risk of postoperative cognitive issues, which could have been predicted, mitigated against and if occurred, identified early for management.

Consequences of POCD and especially POD include immediately: death, morbidity (including pneumonia, pressure ulcers, falls and injuries) and prolonged length of stay, and long term: death, cognitive problems and discharge to institutional care.

Another study showed a high mortality rate associated with a diagnosis of delirium due to any cause. [7] The rate of death at 12 months was 14.4% vs 41.6% (figure 2). Psychological changes occur as well. Those that recall delirium report clouding of consciousness, hallucinations and delusions often related to staff and other patients. 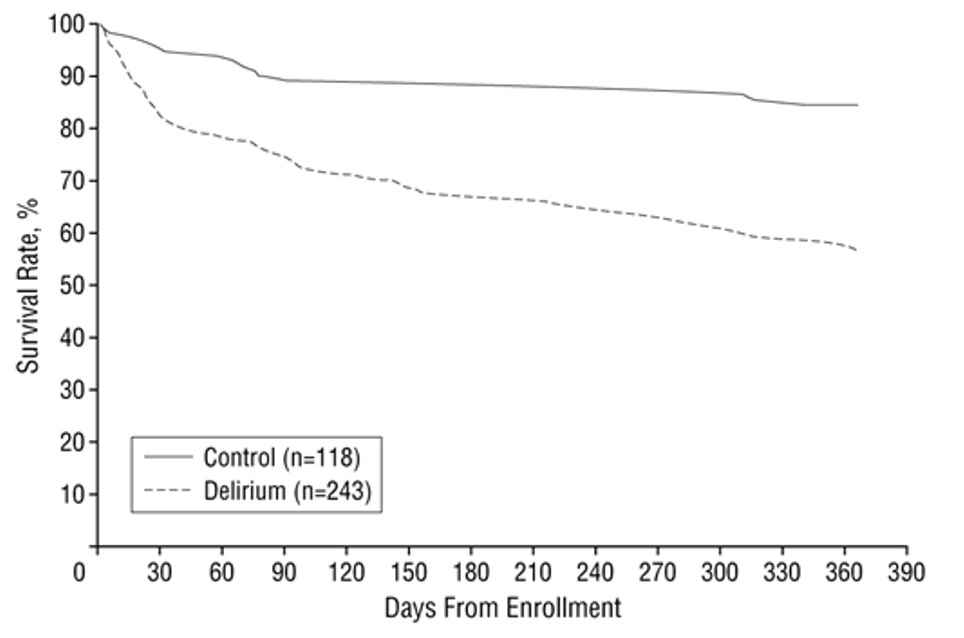 Figure 2. Unadjusted Kaplan-Meier survival curves of the 12-month mortality rate in patients with and without delirium
View the graphic on page 5 of the PDF.

POD/POCD should be thought of as a consequence of the entire perioperative period, rather than caused by one part such as the operation or anaesthetic. It is difficult to tease out each intervention from the other; few people undergo an operation without anaesthetic, and all have a period of recovery with potential complications, any part of which can lead to POD.

At present, no evidence exists confirming which type of anaesthetic influences POD/POCD. A systematic review and meta-analysis looking at this showed no significant difference. [8] This is partly due to the heterogeneous methods of measuring and describing the syndromes - in this study 35 different methods were found, and may have been contributed by the strict inclusion criteria possibly narrowing the field of search.

Understanding the causes of delirium can lead to preoperative optimisation to reduce risk as well as postoperatively identifying and providing early management. An example of possible strategies can be broken down as:

The Hospital Elder Life Program looked at a multicomponent intervention aimed at reducing the risk of developing delirium in medical patients. [9] The adapted table below looks at risk factors for delirium and possible interventions:

POD and POCD are common occurrences in the perioperative period with high morbidity and mortality. Clinicians are becoming more aware that these cannot be ignored and need to be highlighted early in the surgical pathway.