In the previous step we discussed ideal perioperative care for the elderly and the barriers to providing this. Here we will summarise a 2010 report from the National Confidential Enquiry into Patient Outcome and Death (NCEPOD) titled “An Age Old Problem: A review of the care received by elderly patients undergoing surgery”. [1]

The UK has a rapidly expanding population of elderly people, currently 1 in 5 people (12 million) are pensioners. This group is predicted to double in the next 25 years and treble in the next 35. [2] The main reasons for surgical admission in this group are fractured hip (around 50%), laparotomy (13%) and amputation. [3] Care of the patient with the fractured hip is covered more extensively in week 3.

Laparotomy and bowel resection is one of the most commonly performed operations in both the elective and emergency setting. These patients may have inadequate oral intake relative to fluid loss resulting in acute electrolyte abnormalities superimposed on reduced renal reserve which may be complicated further by sepsis and third space fluid losses. These patients require skilled resuscitation and careful perioperative management of cardiovascular parameters and fluid balance.

In this study NCEPOD reviewed a sample of deaths following emergency and elective surgery in the elderly population in order to establish shortcomings in their care and provide further recommendations for perioperative care of the elderly. Information was collected on each individual case by a review of case note extracts as well as questionnaires from surgeons, anaesthetists and an organisational questionnaire.

The sample aimed to identify key learning points based on:

A general assessment of the standards of care achieved is shown below. 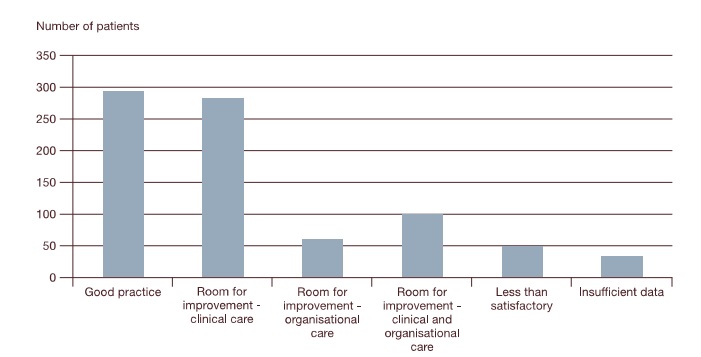 View the graphic on page 21 of the PDF.

The key finding are covered over several chapters in the full document but are summarised here in the points below:

Hospital facilities and multidisciplinary care of the eldery 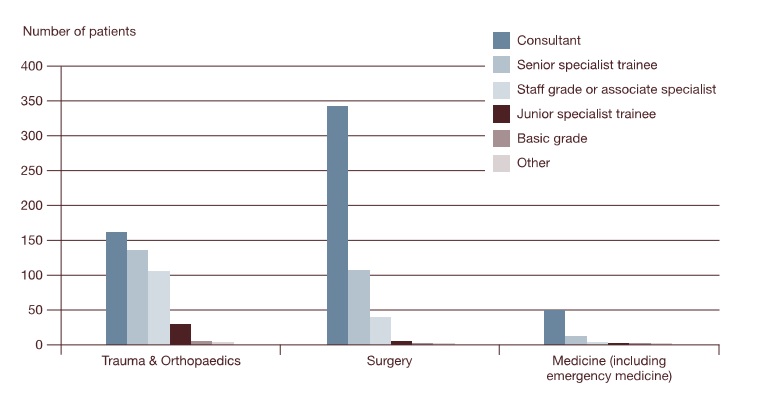 View the graphic on page 70 of the PDF. 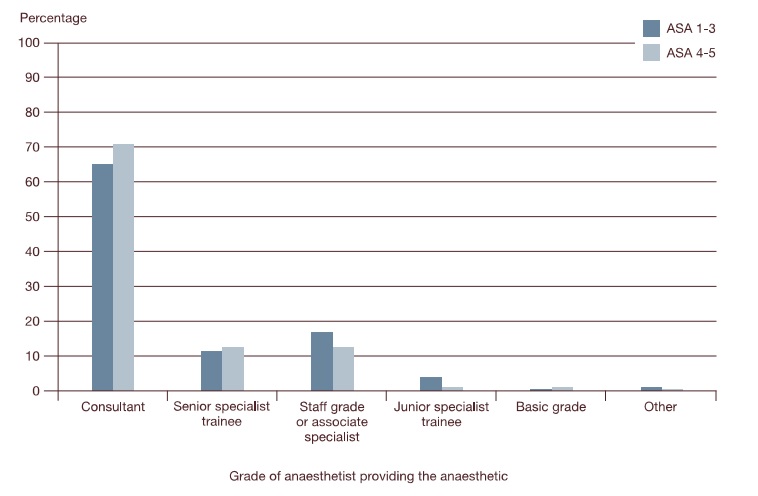 View the graphic on page 74 of the PDF.

Before moving on take a moment to think about the findings and recommendations laid out in this paper. How closely do they mirror your own reflections on perioperative care for the elderly that you discussed in the previous step? Were there any findings that surprised you?