This content is taken from the Coventry University's online course, Perspectives on Entrepreneurship. Join the course to learn more.
View course
2.5 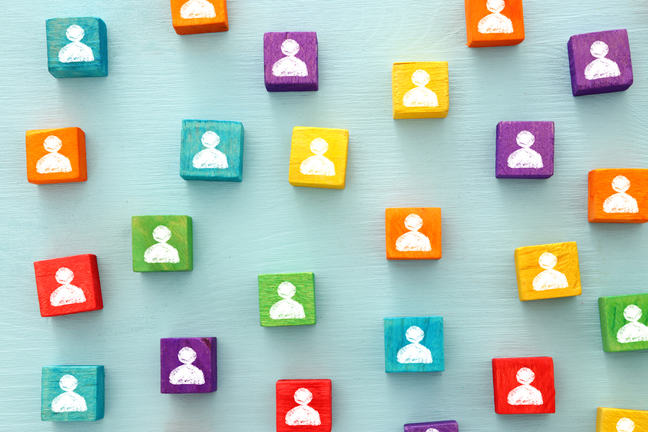 There is an underlying assumption that individuals and organisations affect and are affected by their social context.

Burt (1992) has shown how entrepreneurs’ chances of success are determined by the structure of their networks. Contemporary research suggests that social networks help promote innovation and reduce the uncertainty involved in entrepreneurship (Leyden et al. 2014). Other research (eg Tesform 2006) suggests that it influences entrepreneurial drive and provides access to resources that are difficult to obtain through formal channels.

Following this assumption that the entrepreneur is embedded in networks of continuing social relations (Aldrich & Zimmer 1986), these relations can be between other entrepreneurs, business contacts or other social agents on a more personal basis, such as family and close friends, as well as acquaintances from whom they may take advice on a range of decisions such as finance, recruiting employees and the location of the business. These are often referred to as informal business contacts, and are helpful overall in assembling the elements of a new start-up (Birley 1986). More formal contacts, such as creditors, banks and suppliers, tend to become more important as more early business decisions are taken and there is a sense of legitimacy to the start-up.

Importantly, the more extensive, complex and diverse the web of relationships, the more the entrepreneur is likely to have access to opportunities and have the necessary resources and capabilities to exploit those opportunities into a new venture, product or service. Thus, while entrepreneurs may be characterised by their autonomy and independence – as you have seen in Week 1 with the Get2 Test – they are also very dependent on ties of trust and cooperation (Conway and Jones 2006).

These ties of trust and cooperation were categorised by Granovetter (1973) based on the strength of the relationship, ie strong vs weak tie. A strong tie is someone who you know well. You’ve probably got their number on your phone. You interact with them on social networking sites. There is a good two-way conversation, and even if you don’t know everything about them, you know them well enough and information flows freely. The best example is your family and friends, and people in your inner circle.

A weak tie is a more tenuous relationship. Once a year, you may send them a Christmas message promising to be in touch more often. If you look up their number, they are surprised to hear from you. You have different interests and don’t interact much. You might have kept their business card in case it comes in handy one day.

Strong and weak ties are both relevant and important in your social networking interactions. They perform different functions in relationships and can extend your network far beyond your normal reach. For example, using and maintaining your socially weak ties can bring far-reaching benefits outside of your normal relationships, such as crucial information about a new job opportunity, a new start-up business or new connections with resources you may require. You should not be overly reliant on close friends as you may become insulated from the latest ideas and deprived of information that may put you in a disadvantaged position (Granovetter 1973).

The importance of social networks

The example of James Dyson is often used as a classic example to portray the importance of social networks for entrepreneurship. Dyson’s entrepreneurial journey involved both family and friends (strong ties) as well as acquaintances and serendipitous meetings (weak ties). Dyson’s large and diverse social network incorporated relationships that originated in various stages and facets of his life and career.

Dyson’s family and friends provided him with financial and knowledge-based resources (eg his wife Deidre and entrepreneur Jeremy Fry), which helped realise the transition from idea to opportunity to a successful business venture. He also had his friend Gill Taylor, an ex-Miss Great Britain, to sell his products, and influencers (Robert Beldam, his father’s friend) to provide business expertise. More importantly, Dyson knew how to make use of his strong ties, as well as their effectiveness in initiating, nurturing and mobilising weaker ties. The Dyson entrepreneurial journey also illustrates the value and importance of contacts made on aeroplanes (Jeffrey Pike, who was sat next to him on a plane) and in business meetings and seminars, which can eventually be developed into stronger relationships instrumental in business success. 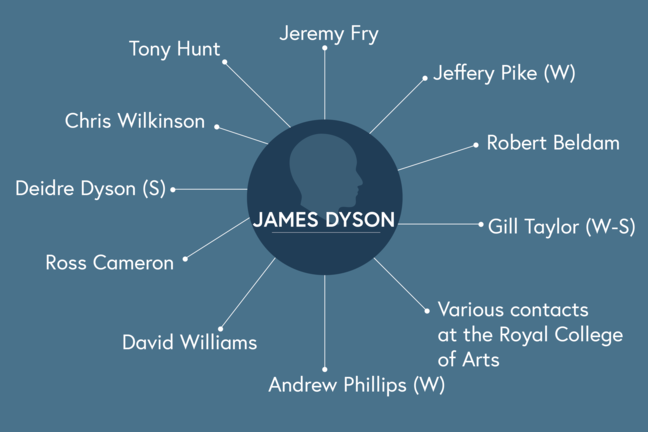 Reflecting on your social network, produce a depiction of those within it, labelling each as either a strong or a weak tie, and giving a short explanation for your choice. You can use Coggle mind mapping software, which is freely available online, to draw a social network. Alternatively, list your network in the discussion forum.

Sánchez, J. C. (2013) ‘The Impact of an Entrepreneurship Education Program on Entrepreneurial Competencies and Intention’. Journal of Small Business Management 51 (3), 447-465

Tesfom, G. (2006) ‘The Role of Social Networks on the Entrepreneurial Drive of First Generation East African Origin Entrepreneurs in the Seattle Area. Journal of Asia Entrepreneurship and Sustainability 2 (4), 21-35