Entrepreneuring in societal and institutional contexts

Much of the discussion so far has been about the character traits of entrepreneurs. However, an entrepreneur’s character traits are subject to external influences, or rather are framed by the situational factors, cultures and sub-cultures within society and wider institutional contexts.

Culture is about the prevalent norms, basic values, beliefs and assumptions about behaviour (Burns 2016) that underpin societal and institutional contexts. This is most notably examined in terms of national culture. For example, Hofstede’s cultural model seeks to distinguish the cultural differences at a national level.

The sub-cultures that frame an individual’s life experiences exist within the different groups operating within society such as family, religion, social networks (Burns 2016) and other in-groups. Situational factors also play a role as an individual’s entrepreneurial propensity may be dependent, for example, on the infrastructures that facilitate the transfer of knowledge and learning, or the degree of caring responsibilities they have. 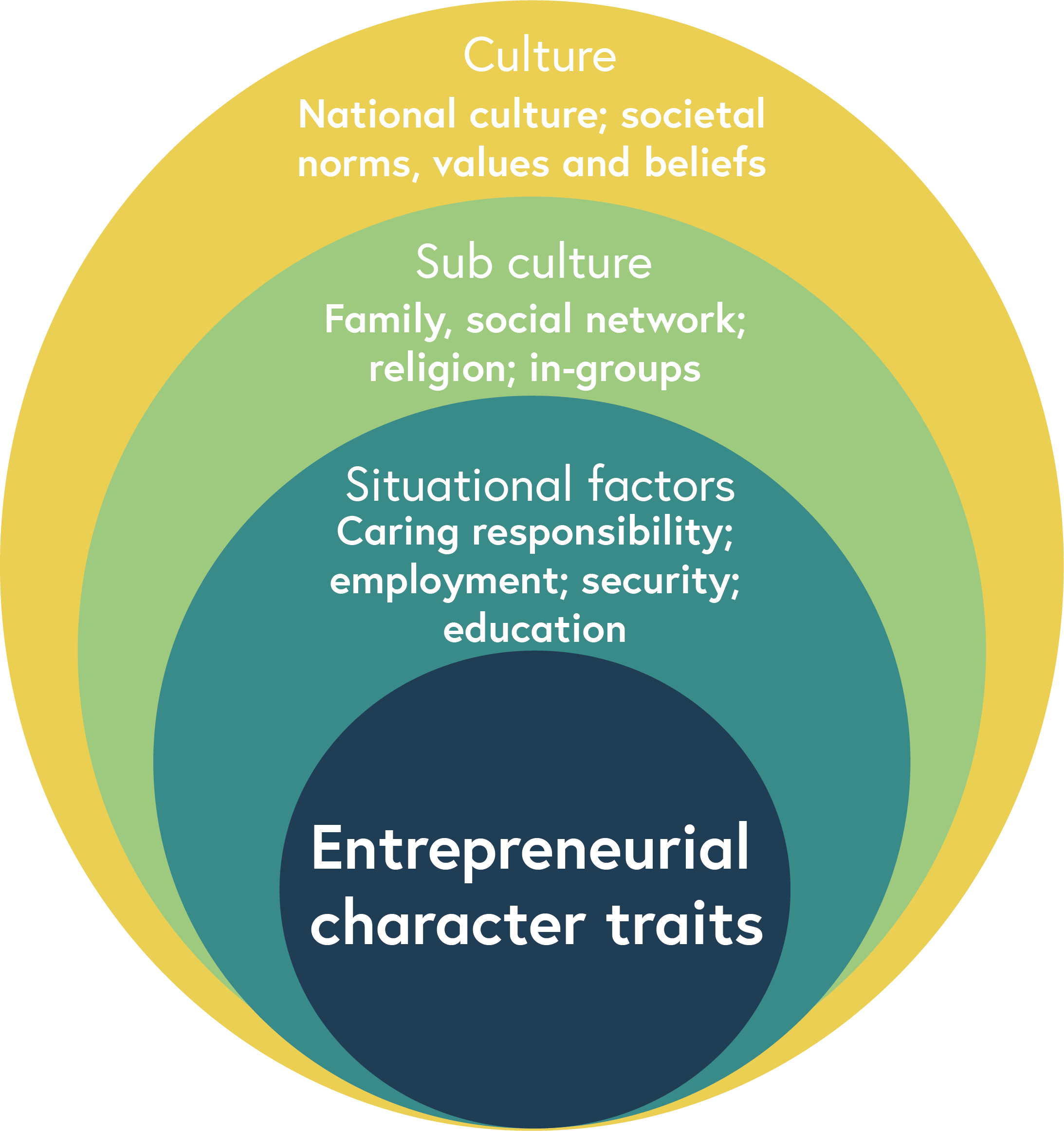 Studies about entrepreneurial character traits have been widely criticised for ignoring these cultural, environmental and contextual influences. The tests measuring entrepreneurial character traits are generally regarded as having a range of methodological issues. For example, measuring personality traits requires subjective judgement and tends to overlook issues such as age, social class, gender, race and education (Deakins 1996).

When examining the character traits that entrepreneurs in the media possess for your reflection in Week 1, you might have noticed that personality traits alone do not adequately explain why these individuals engage in entrepreneurial activity. In addition to this, all entrepreneurs do not possess all these traits and some people who are not entrepreneurs may have them (Burns 2016).

It is not to say that personality is not an important influence on entrepreneurial behaviour. However, to ignore the role of education, culture and other issues would be to disregard the wider contextual influences on character traits.

Thinking back to the entrepreneur you researched at the end of Week 1, what situational factors, cultures or sub-cultures do you think might have influenced their character traits? Share your thoughts in the discussion forum below.

Learn about how digital is changing the world of work, and how you can successfully grow your career in the digital age.