Now that you are equipped with your handy tools, both hardware and software, it’s time for you to learn some electronic basics. This foundational circuit theory will equip you for the rest of the course.

The following image shows a simple circuit consisting of four basic components connected together with wires. 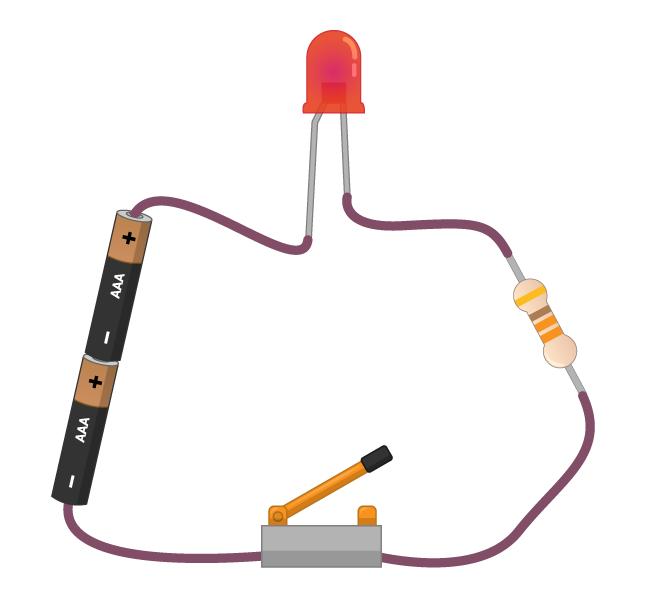 If the LED is placed into the circuit the wrong way round, current ceases to flow, and the LED no longer lights up.

The clue to why this happens is in the name light-emitting diode. A diode is a component that only lets current flow through it in one direction. You’ll need to remember this when you set up your own circuit.

To build the circuit you just learnt about, you will need the following components:

You will use the two pins labelled on this diagram: 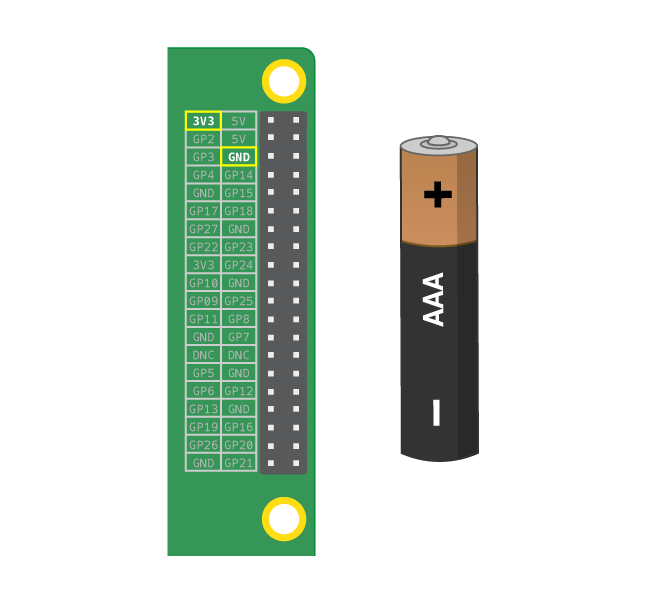 3V3 means 3.3 volts; this pin is needed to provide power to the circuit, just like the positive side of a battery. GND means ground, and when using Raspberry Pi, a circuit can only be complete if the current can flow to a ground pin.

If your LED doesn’t light up, try the following:

If you are still having trouble, leave a comment below and our facilitation team will help you out.

But what about the switch?

We mentioned earlier that Raspberry Pi could act like both the cell and the switch, but in your circuit, the pin we’re using (3.3V) is always on. However, other pins can be switched on and off.

To change the state of the pin, you’re going to need a few lines of Python code, which you’ll write in the next step.