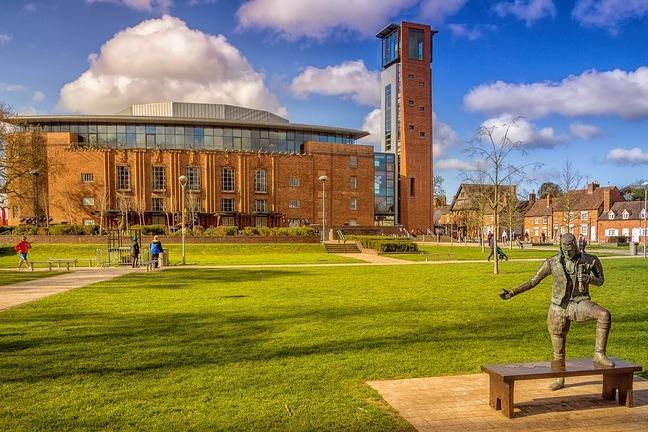 The series builds on the existing subgenre of hard-to-reach groups performing Shakespeare, which include Shakespeare on the Estate (BBC2, 1994) and My Shakespeare (C4, 2004). Added to the formula of these previous shows is the bringing together of children from two demographically different schools in Coventry to play the warring Capulets and Montagues of Romeo and Juliet. Cardinal Newman College is a Catholic school portrayed during the series as higher achieving, teaching “traditional” values, including more arts provision and having less racial or linguistic diversity. Sidney Stringer is a community comprehensive depicted as large, diverse and under-resourced.

Students from the schools audition, are cast, and begin rehearsals separately. Only during the Summer holidays does Paul Roseby, Director of the National Youth Theatre, bring the groups together at Coventry University’s Ellen Terry Centre.

Their rehearsals lead up to a performance at the Belgrade Theatre in Coventry. In staging the performance, Roseby is supported by other staff, from his Assistant Director to a team of wardrobe mistresses. The actors Adrian Lester and Lolita Chakrabarti, with their own credentials in both Shakespearean theatre and television drama, work separately with the Montagues and Capulets. The fact that they are real-life husband and wife is also repeatedly invoked to add to the show’s dynamic tension between competition and collaboration.

Apart from staging a successful production and bringing together two sectors of the Coventry youth community, Roseby’s aims include redressing Shakespeare’s image as “out of touch” with issues facing young people today, to sell Shakespeare to “those who might think that drama is poofy or sissy” (Roseby, When Romeo Met Juliet).

The programme shows footage from auditions, rehearsals, expert-coaching sessions as well as the final performance. It also incorporates elements familiar to reality television viewers such as interviews with students’ families, interviews with Roseby, Lester, Chakrabarti and other production staff, and students talking straight-to-camera in a confessional way. This varied content is held together by narration from Angela Griffin, known to audiences as an actress in popular soaps and dramas, such as Hustle.

You can watch a snippet of the programme here.