This content is taken from the The University of Nottingham's online course, The Politics of Economics and the Economics of Politicians. Join the course to learn more.
View course
1.7 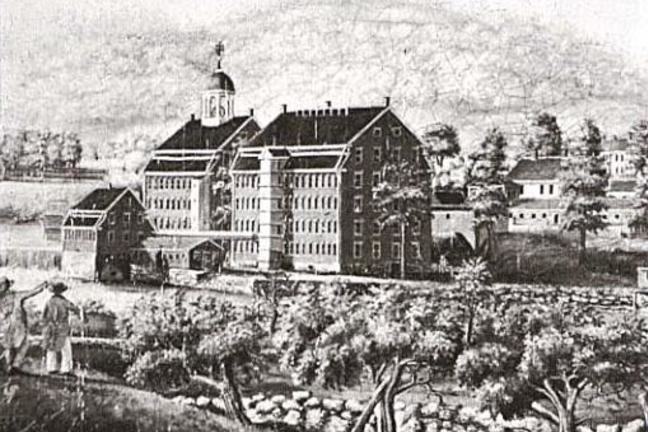 In this article, Sir Vince Cable discusses manufacturing and whether it fits into modern economies. Echoes from Hamilton’s own Report on Manufacturing play out today as nations try to find the rate balance of manufacturing in our changing economies.

The relative decline in manufacturing as a source of jobs and economic activity has been a recurrent theme of public debate over the last half century or more in the UK and is echoed elsewhere: in the US (part of Trump’s ‘make America great again’), France and even in countries we associate with industrial success like Germany and Japan. All developed countries have seen a shift from manufacturing to services (manufacturing now accounts for only 10% of the UK, and US, economies) and an even bigger shift from manufacturing employment with automation and digitisation. Does manufacturing matter?

That question was posed two and a quarter centuries ago by Alexander Hamilton albeit in a very different context: America was recently liberated from being a British colony – Hamilton having been a key figure in Washington’s army- and it was an overwhelmingly agricultural country in contrast to Britain which was in the early stages of the industrial revolution. In a series of actions between 1789 and 1791, when Treasury Secretary, and in a visionary paper submitted to Congress – Report on Manufactures – Hamilton practised and preached the case for industrialisation. He anticipated America’s growth and development decades later and his enthusiasm for manufacturing is echoed by other policy makers to this day. He set up a Society for Establishing Useful Manufactures (SEUM) to promote innovation; sent spies to Britain to steal industrial secrets; established textile mills based on stolen British technology; and created capital markets – through government bonds – to provide long term finance for industry.

• His first major argument for manufacturing was based on economic and military security. Without industry and military technology, the US could not defend itself. The context was one in which Britain jealously guarded the technology behind Arkwright’s mills and other breakthroughs (it was a criminal offence in Britain to export machinery or for skilled workers to leave the country). That same security and self-sufficiency argument was powerful subsequently as other countries sought to acquire industrial technology (Bismarck’s Germany; Meiji Japan, Tsarist, then Soviet, Russia) and was a potent argument for industrialisation advanced after post-war decolonisation in India and Africa and in South American countries which believed they had been forced into a position of dependency.

• Second, Hamilton could see that manufacturing boosted productivity and thereby overall economic performance. He used arguments from Adam Smith’s Wealth of Nations, written in 1776, to illustrate the point that specialised factories could employ mass manufacturing techniques.

His arguments were sophisticated and he would have regarded some of today’s protectionists as economically illiterate. He favoured temporary industrial protection but was critical of the use of tariffs (like those proposed by Donald Trump) since they would penalise import-using industries and consumers. He preferred targeted subsidies instead. He advocated an ‘industrial strategy’ with target sectors but was clear that protection was to be temporary and that policy should adjust to technological change. He was aware of and supported the arguments for free trade but made an exception of the case for nationalisation to achieve ‘a level playing field’. His views were regarded as seriously annoying by powerful agrarian interests – led by Jefferson a slave owner – and they fell into disrepute when SEUM was involved in a financial scandal.

The Modern Case for Manufacturing

For ‘post-industrial’ countries like Britain and the US, there remains a belief that a strong manufacturing sector remains important and requires intervention by government often based on arguments similar to those used by Hamilton:

• National security. The aerospace industry and ship building frequently enjoy support (often in the form of government purchases of defence equipment) to ensure a level of military self-reliance. Cyber technology and communications equipment similarly. The World Wide Web had military origins. In Britain, there is a vigorous, longstanding, debate on the relative merits of a ‘defence industrial strategy’ versus ‘buying off the shelf’ where the latter is cheaper (and perhaps better).

• Productivity. The level and growth of productivity in manufacturing is typically higher than in the rest of the economy for all the arguments understood long ago by Adam Smith – and Hamilton. Today, advances in robotics, 3D printing, new materials and computing power are all driving productivity improvements as well as the spur of competition. It is the rise in productivity which drives increased wages and living standards.

• Technology. A related point is that manufacturing is the source of a great deal of technological innovation. In the UK, 70% of all Research and Development takes place in the manufacturing sector. The benefits of advanced technology may however be spread more widely. For example, robotics, may be most advanced on car production lines but the same concepts are being employed in areas like personal care for the elderly.

• Trade. Trade disproportionately involves manufactured goods and raw materials. Services by contrast are largely non-traded. 45% of the UK’s exports are manufactures. Trade then generates efficiency benefits – like economics of scale – which, in turn, benefit consumers and raise overall living standards.

Has Vince convinced you that manufacturing matters? Comment below whether the arguments used to justify government support of manufacturing are convincing.