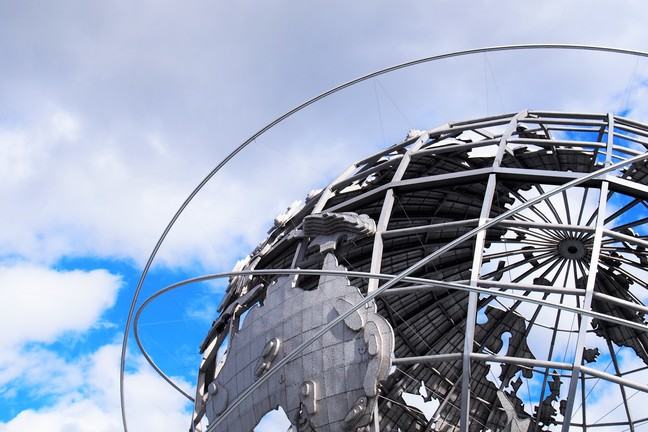 In recent years the once generally accepted idea of globalization has come into question. Will rising nationalism and identity politics lead to changes in the existing economic order?

Globalization: the Winners and Losers

There is much speculation that the rise of nationalistic and identity politics, as in Brexit and the popularity of Donald Trump, is a reaction to ‘globalization’. But what does it mean? In this article, Sir Vince Cable discusses some of the relevant questions: Is it an inexorable trend? Is it desirable? And who gains and loses?

Geographers focus on physical measures: the compression of space and time from falling transport barriers and costs and speedy, often instant, telecommunications.

Economists focus on the impact of flows of goods and services and ‘factors of production’ – labour and capital - and the effect of these on prices and incomes (including wages and profits).

Globalization in the corporate world involves group decision making, international recruitment, the adoption of global standards and performance measures, and cross-border business through locally owned subsidiaries or branches or subcontracting.

Financial globalization has been one of the most advanced and significant developments because of its role in the 2008/9 crisis which was – almost – global in its reach. When we talk about financial globalization we encompass: global banks, insurance companies and advisory services – accountants and lawyers; global capital markets with cross-border syndicated lending and wholesale funding; international markets, like London, New York, Singapore trading in foreign exchange securities and derivatives; and networks of trade credit. Modern communication has increased the volume of transactions to a point where billions of dollars are traded daily and financial assets and liabilities amount to trillions. One analyst has called financial globalization ‘the end of geography”.

A crude metric of globalization (outside the financial sector) is the growth of trade relative to domestic production. Roughly speaking in the two decades until the 2008/9 financial crisis, global output rose 3% pa, trade in goods by 6% pa, services trade a little faster and foreign direct investment by 14 to 15% pa. Since the crisis, the process of growing globalization through trade appears to have stopped – trade and output are growing at about the same speed. There has also been a sharp slowdown in direct investment flows.

The most recent trends suggest the need for caution in predicting an inexorable growth in international integration. Indeed, we have been here before. 1913 was a high watermark in integration through trade, investment, migration and improved communications until the process was reversed by war, global depression, protectionism and a second world war. For the UK, a relatively open economy throughout, the degree of openness expressed as trade as a proportion of GDP fell strongly after 1913 and only recovered to pre-1913 levels in the mid 1970’s. Some regions like Latin America, have never returned to the degree of openness seen in 1913.

In addition, some sectors are far more open than others. Trade in agriculture has been depressed by protective policies and progress in trade liberalization has been very slow, relative to manufactures. Second, the biggest growth of trade has been within regions, notably the EU, rather than between them. The EU single market has been the most important single driver of ‘globalization’. Trade in services has grown faster than trade in goods but much of what we call trade in services involves a movement of people to deliver a service.

There has in general been far less globalization of labor movements than of capital and far less than the rhetoric of politicians implies. Only about 3% of the world’s population live outside their countries of origin. In the USA, where the issue has become politically toxic, net immigration is a tiny fraction of the flows, as a percentage of the host population, over the period from 1830 to 1920. Yet because it is much easier to control flows of people than flows of electronics through the Internet, much of the reaction against globalization has taken the form of pressures to cut immigration (nonetheless those governments determined to prevent the free flow of information, as in China, have managed to create alternatives to the Internet: systems with the same functionality but screening out offensive materials).

And while capital flows, in the form of direct foreign investment, have grown strongly – until very recently – the stock, in relation to host economies, is not significantly higher than in the period before 1914; and is still concentrated in a relatively small number of developed countries. That said, there has been a surge of FDI in the last two decades and countries like India and China now originate many multinational companies of their own which invest heavily overseas. In some sectors, like motor vehicles, globally integrated supply chains have been created – though there has been some ‘on-shoring’ as speed of response has become as important as cutting labour costs.

Taken as a whole, inward-looking political forces could result in a rolling back of globalization at least in those areas where nation states find it easiest to exercise control as with movements of goods and people. So far, trade protectionism has not been a powerful force despite the rhetoric in the US and elsewhere. There has been a retreat from freedom of capital movements with controls on short-term capital flows in some countries. In the wake of the financial crisis, banking regulation has become more national with the recognition that banks may be ‘global in life but are national in death’, as when banks that are ‘too big to fail’ end up as the responsibility of home country governments. There has however been no systematic repudiation of global rules and institutions. That may change with Brexit and concomitant nationalistic forces in the EU.

There is a solid edifice of economic theory and the experience of economic history to tell us that there are substantial benefits, which translate into higher living standards, from economic integration. Few would dispute the fact that a world of open economies performs better than a world of closed economies. Many emerging economies in particular have developed rapidly by taking advantage of trade opportunities. And among the mature developed economies some – in Scandinavia, Germany, Australasia – have shown that it is possible to combine openness with egalitarian politics and high social and environmental standards.

There have however been growing ‘anti-globalization’ movements. Some extend a Marxist-Leninist critique of capitalism to the world economy, though the experience of Deng’s China rather undermines it. And, contrary to this school of political and economic thought, the world as a whole has become a more equal place, measured in standard ways as with a gini coefficient of income. The more common concern is the negative reaction in rich countries to competing ‘low wage’ imports and/or immigrants. There are strands of trade theory which explain how workers in rich countries can be damaged by import competition though all the evidence is that technological change is a far bigger factor. Migration is a closer call though most empirical research points to the positive impacts on labour importing countries as well as globally. But perceptions often matter more than empirical data and the sense that migration creates economic costs is often a secondary concern to a loss of national or cultural identity. Migration has become the issue – the lightning rod – for anti -globalisation sentiment.

As Vince has written above, there is a long history of globalization ebbing and flowing throughout the world. Please share in the comments below whether you think rising nationalism will have a significant impact on globalization. Do you believe that the levels of globalization will change in the near future?