In this three-week course, Sir Vince Cable and a team of leading economists at the University of Nottingham will explain the links between politics and economics.

You will explore these links by looking at the work of major political figures and the key economic ideas they adopted.

Find out about the links between politicians and economics

You will study both contemporary economics – for example exploring responses to the financial crisis of 2008 – and some of the political leaders who have put key economic theories into practice throughout history.

These are political figures from around the world who have changed economic history, including Alexander Hamilton, Sir Robert Peel, the Mejii Emperor, FD Roosevelt, Margaret Thatcher and Deng Xiaoping. The economic policies and practices of these former leaders are still having an impact on our world today.

Learn from experts in the field

The course is led by Sir Vince Cable, former Secretary of State for Business, Innovation and Skills (2010-2015) and Honorary Professor of Economics at the University of Nottingham. His experience combines the theoretical knowledge of a trained economist with practical experience gained in government.

You will also learn from leading economists at the University of Nottingham, including Head of School Professor Kevin Lee and Professor of Political Economy Cecilia Testa.

0:07Skip to 0 minutes and 7 secondsPolitics and economics are usually studied as separate subjects, but in the real world they're interconnected. Politicians often talk about economic matters-- jobs, prices, wages, profits, trade, investment, productivity, growth. And economists produce theories leading to policies which politicians implement. Politics, it's been said, is economics studied seriously. Great economists like Adam Smith called their subject "political economy," with good reason. This course brings politics and economics together by looking at political figures who have changed economic history. Of the seven I've chosen, only one actually studied economics, Ludwig Erhard, whose policies enabled the post-war German economic miracle. By contrast, Franklin Roosevelt-- FDR, author of the American interwar New Deal-- boasted that he knew no economics.

1:08Skip to 1 minute and 8 secondsBut he did have good economic advisors, as did Mrs. Thatcher, who applied what she called common sense housewife's economics in the UK. In the case of the modernising Japan, the Meiji emperor was just a figurehead for effective technocrats. Some of our economic heroes are seriously improbable. I mean, nobody in history has done more through economic policy to lift literally hundreds of millions of people out of poverty than Deng Xiaoping. Almost as improbable is the man who gave effect to the immensely powerful idea of free trade, Sir Robert Peel. And Alexander Hamilton, who 200 years ago laid the economic foundations of the United States.

1:55Skip to 1 minute and 55 secondsThroughout the course, we'll use the economic principles espoused by these seven political figures as a starting point to explore deeper economic theories and the wider impact they may have had on the world in which we live today.

This course covered the following topics:

This course is suitable for anyone with an interest in economics and politics, and for those studying economics at pre-university or undergraduate level. No previous experience or qualifications are required. 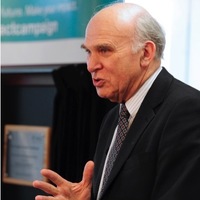 Former MP and Secretary of State for Business, Innovation and Skills 2010–2015. Visiting Professor at University of Nottingham and Professor in Practice at LSE. Lib Dem leader since July 2017. 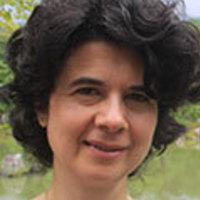 I am a professor at the University of Nottingham. My research interests lie in the area of Political Economy.

You can use the hashtag #FLEconomicsPolitics to talk about this course on social media.