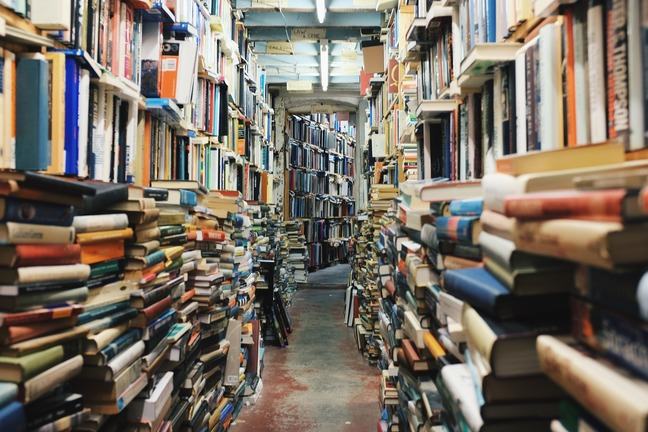 Where did the number 10 billion come from?

The graph below shows the estimate of the global population over the last 65 years and the projections for the next 100 years. 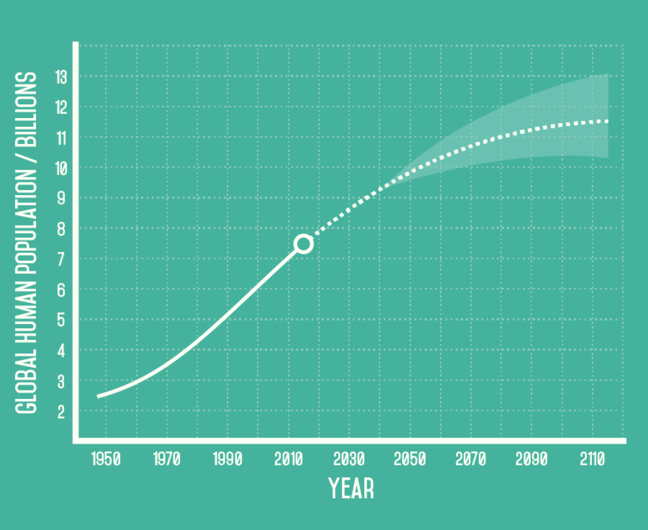 The solid line shows the 1950 to 2015 estimate. The dotted line shows the median variant projection. Grey area is the 95 % confidence range for the projection (There is a 5% chance that the population will be outside this range).

Source: World Population Prospects: The 2015 Revision, Key Findings and Advance Tables by The Department of Economic and Social Affairs, Population Division. © 2015 United Nations. Reproduced with the permission of the United Nations. You can find the full report at the bottom of this page, under ‘SEE ALSO’.

Why have we called the course 10 billion?

Let’s say in 1000 years someone tells the story of the human race in the third millennium. They are very likely to approximate the peak human population to 10 billion.

Demographers working at the United Nations are pretty confident about their global population predictions. What’s not so clear is what the population numbers mean for the 10 billion people living on the planet.

There are many different issues which will affect different people in different ways:

Some of these issues are more important for regions of high population growth and some for regions where populations have already stabilised. Some of the issues can be identified at a regional or national level and some are global in nature.

On this course, you’ll learn how these issues are all connected, and how decisions that affect one, will also indirectly affect another.

The diagram below shows some of the more established connections between population, climate, and food. 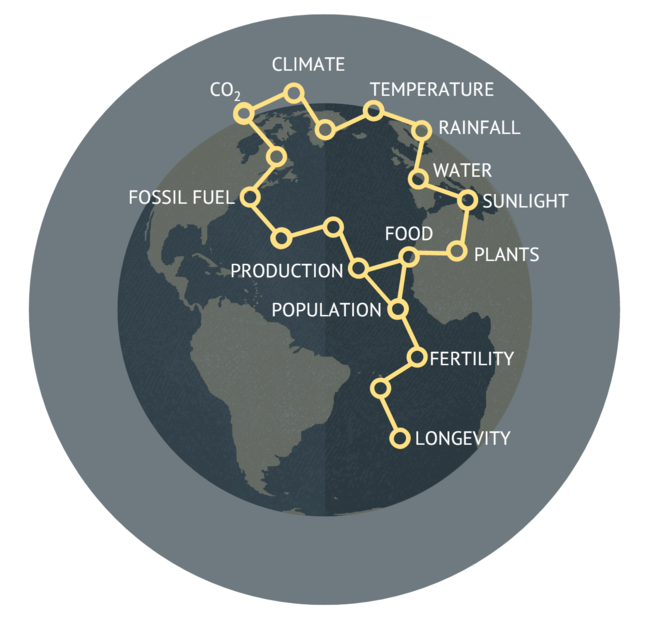 These issues will get more complex in the future as other impacts of population growth such as resource depletion, use of alternative primary energy sources and the consequential changes in climate have bigger influences.

Academics have been trying to understand the complex interaction between population growth and these global issues for a long time. Back in 1865, English economist, William Stanley Jevons penned ‘The Coal Question’ in which he raised concerns over sustainability, limits to growth and overpopulation.

Jevons observed that England’s consumption of coal soared after the invention of the steam engine, which greatly improved the efficiency of coal-use. He argued that this improvement in fuel efficiency had increased (rather than decreased) the amount of fuel that is used. This rebound effect, termed the ‘Jevons Paradox’, could be seen as the dominant feedback cycle of the 19th century.

Today, academics are still trying to make sense of these complex relationships. Environmental scientists such as Johan Rockström have even proposed “planetary boundaries” - conditions under which the Earth can remain habitable by human beings.

Our course doesn’t seek to define how many people is too many, or what the safe limits of fuel consumption are for the world. Rather, we want to try to understand these issues by exploring different examples of research and learning about different viewpoints.

Before we start on this journey, we think it’s worth asking - are there any shortcuts to solving these issues? After all, they are all linked to population change so maybe there are solutions involving population control?

In the next step, we’ll look at some solutions and invite you to comment on which solutions (if any) you think could work.

Let the environment guide our development
Human growth has strained the Earth’s resources, but as Johan Rockström reminds us, our advances also give us the science to recognise this and change behavior. In this TED talk, Johan discusses the nine “planetary boundaries” which he believes can guide us in protecting our planet’s many overlapping ecosystems.

How does research happen?

Get the most out of online learning by reflecting and sharing your learning with others.

Reflect on how you want to present yourself online and take positive steps towards these goals.