0:05Skip to 0 minutes and 5 seconds MEAGHAN CARLEY: I’m here with Simon and Dragana. So what kind of needs did Portus serve for Rome?

0:13Skip to 0 minutes and 13 seconds SIMON KEAY: Well, Portus was the Maritime port of Imperial Rome. So what it provided, from the mid first century AD onwards, was a huge facility for ships, seagoing ships, that were coming to Rome to supply it with essential foodstuffs, materials, people, and goods from across the Mediterranean region. And once you get into the second century, with the great Trajanic expansion of the port, this role accelerates because the system of canals and the additional warehouses means it is now become a major strategic resource for the city and helps feed it, clothe it, and clad it in marble for the next 250-300 years.

Portus provided a huge facility for ships to supply Rome with goods. This role accelerated during the 2nd century as demand increased, and was met with a corresponding increase in infrastructure, together with the construction of many new warehouses at Ostia, around 3 km, to the south, and an additional port at Centumcellae (Civitavecchia), to the north of Rome.

Grain was one of the most important commodities to have been imported through Portus, coming primarily from the provinces of Egypt and Africa 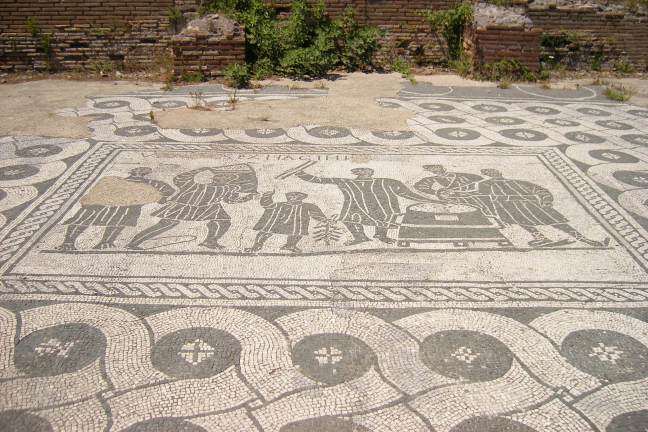 In addition, olive oil, wine, fish sauce, textiles and many other products needed at the Capital came in via the port system from across the Empire. Portus was also the destination for decorative stone from across the Empire, but particularly the East. We will learn all about that next week. But every time you see a picture of an ancient monument in Rome, for example the Baths of Caracalla or the Pantheon, you should think of Portus. 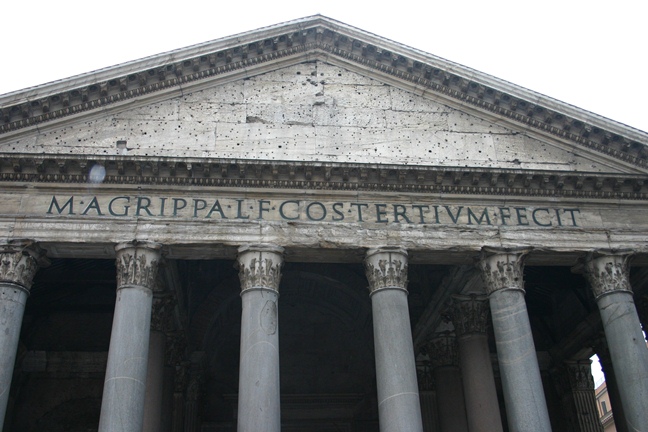 Surprisingly, we know very little about the sea-going ships that would have plied the waters of the Claudian and Trajanic basins. To-date, only a handful of relatively small ships have been discovered at the port, and some of these are currently stored in a warehouse close to the Airport. However, from what we know of the depth of the basins and canals at Portus and the draft of Roman ships from excavated shipwrecks elsewhere, suggests that ships of middling (c. 350 tons) and large (c. 1000 tons) size could use the Trajanic basin and approach canal, suggesting that the same was true for the Claudian basin.

The appearance of these ships can be gauged from mosaics that you can still see today on the floor of the stationes (offices) belonging to merchants from such places as Africa, Sardinia and Gaul in the Piazzale delle Corporazione (Piazza of the Corporations) at Ostia. You can find out more about ships such as these on the Navis I website. 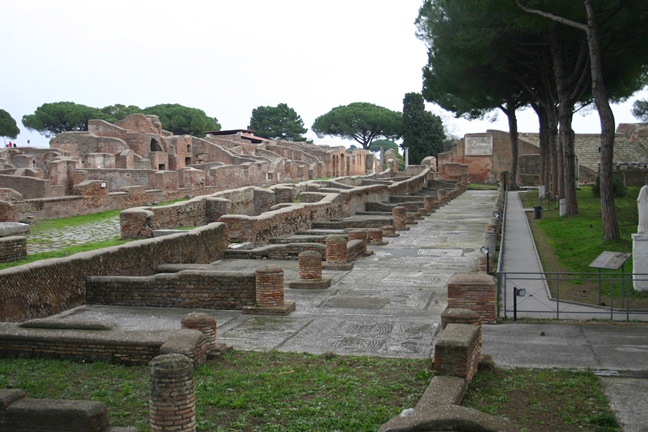