0:05Skip to 0 minutes and 5 seconds MEAGHAN CARLEY: So given its importance, how did they bridge the physical separation between Rome and Portus?

0:11Skip to 0 minutes and 11 seconds DRAGANA MLADENOVIC: There are a number of ways that they did that. The most famous one, the one that everybody always talks about, is unloading goods in Portus and then taking it up to Rome through a series of artificially made canals that started from within the whole port system here, and that connected Portus to the Tiber. And then up the Tiber, there is also a towing route along the Tiber and then into that area of the Emporium within the city of Rome, which is downstream if you are in Rome. So it’s the most convenient area around Monte Testaccio where all of these goods would be unloaded. And we know bits and pieces about how this process worked.

0:58Skip to 0 minutes and 58 seconds We have the whole system of canals that we now more or less understand. We also have visual evidence. For example, the lovely mosaic in Ostia, in the Piazzale delle Corporazioni showing an amphora being unloaded from a seagoing vessel onto a river vessel. We also have epigraphic evidence of the corpora that organised the collegium, the guild of shippers who were here to do exactly that work. However, people tend to forget that there is also a road connecting Portus and Rome. It’s called the Via Portuensis, so it’s named after Portus. People used to say that there are two roads on this right bank of the Tiber.

1:44Skip to 1 minute and 44 seconds The Via Campana, which is a very, very old republican road connecting Rome with the salina, the salt plains that are in the vicinity here, and the Via Portuensis, which was allegedly built to serve the port. However, there’s some recent excavations nearby that show that Via Portuensis actually has much earlier phases. So it is probably the same road that was used to bring goods into Rome. It is a very good road. It has very deep grooves, so quite a lot of traffic went that way. And although you will often hear that it doesn’t make economic sense to bring goods via a road, it is so much more expensive, it is actually only expensive if you don’t own the means of transport.

2:30Skip to 2 minutes and 30 seconds So I think we should take that into consideration a lot more, particularly since the area into which Via Portuensis arrives into Rome, which is just behind Porta Portese, the Trans Tiberim area, it is also full of warehouses. It is also where we have a lot of epigraphic inscriptions of warehouses. So we should consider that route, I think, a bit more as well.

The complex system that allowed Portus to support Rome is a fascinating subject.

It consisted of a number of elements, starting from docking and storage facilities at Portus itself, moving on by means of barges on the canals and wheeled traffic on the roads, sometimes via Ostia, into the southern part of the city which we call the Emporium area of Rome (from Latin for trade or market). This is the area around the Monte Testaccio, a 35m high waste tip made of discarded Roman amphorae. It seems clear that most of the goods that arrived up the river in amphorae travelled only up to here, where they were decanted in other containers, better suited for redistribution within the city. 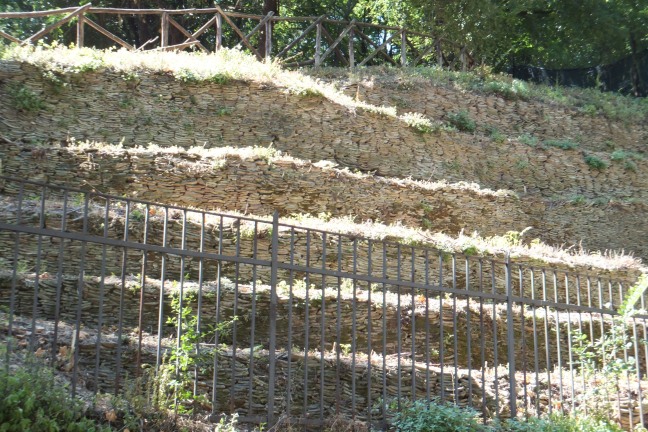 This waterfront area was dominated by large warehouses, and much research has been done in the past two decades to shed more light on its topography (you can see the virtual presentation of that work here). 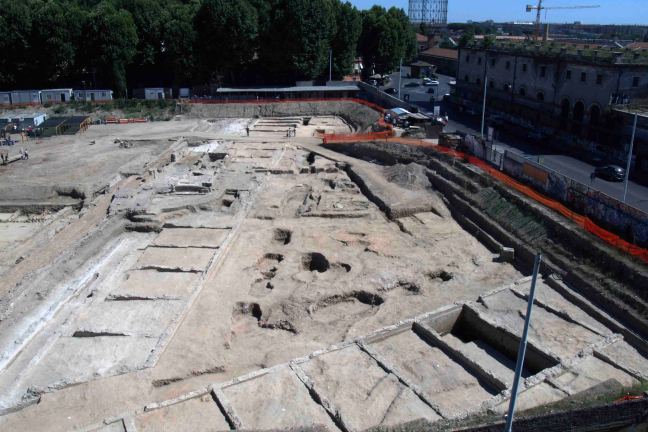 The 2nd c AD Roman warehouse found at the Nuovo Mercato Testaccio, in front of Monte Testaccio in the Emporium at Rome © Renato Sebastiani, Soprintendenza Speciale per i Beni Archeologici di Roma

Agency behind this movement of goods is not very clear though. While the role of the state cannot be doubted, much must have been undertaken by private entrepreneurs. The Piazzale delle Corporazioni (Square of Corporations) in Ostia provides a snapshot of how such operations might have been handled. Around the square we find small offices (stationes) of a number of trading and shipping guilds (collegia) that operated from these premises, offering services and trading in a variety of goods advertised in black and white mosaics in front of their doors.

There are also a number of roads that make up this system- the Via Campana, the Via Portuensis and the Via Ostiensis - which you can see marked on the map, as is the Campus Salinarum Romanarum (great salt pans north of Portus) that I also mentioned. 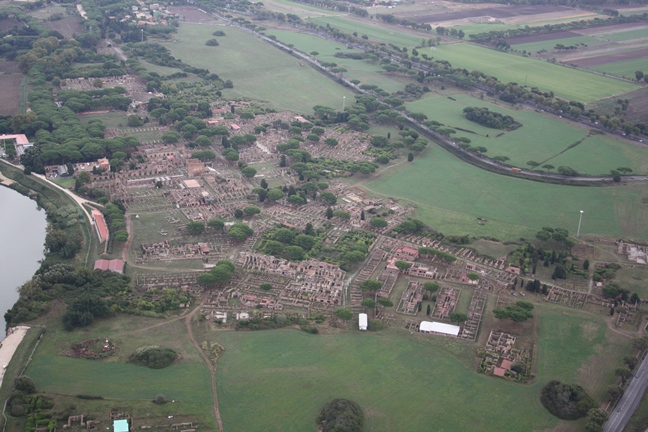 View of Ostia, to the south of Portus - Simon Keay © University of Southampton

Much of how this system operated is not entirely clear, and is controversial. What do you think the pros and cons were of using barges vs. the road? How do you imagine the port system as a whole operated and was managed? How does this relate to later and contemporary examples of such logistical systems?