0:05Skip to 0 minutes and 5 secondsSTEPHEN KAY: Well, on the Portus project, we use total stations for our excavation. On excavation, you can use it for a range of processes. In particular, we use it to record walls, to record levels, location of special finds, location of environmental finds. All of this information is recorded within the total station within the coordinate system. This will give us an accurate location both in the easting and the northing as well as in the height. All of this information can then be passed through other programmes, such as AutoCad or ArcGIS, which we can then feed into the ARK database, which we use on the project.

0:47Skip to 0 minutes and 47 secondsThis will then give us a complete view and a complete spatial database of all the information, which we're recording on site. Around the site of Portus, we have a number of fixed, known GPS points, which we can then tie in all of our information. The project we use the GPS for a number of different processes, in particular for doing topographical survey, to cover large areas, such as the two area hectare of the Palazzo Imperiale, to provide a deep, detailed topographic model of the area. We also use it to record the location of environmental samples of deep cores, which we've taken elsewhere within the hinterland of the project.

1:28Skip to 1 minute and 28 secondsI hope that's given you an impression of the range of different types of surveying that we use on Portus to begin to understand the site.

The Portus Project has worked with technology consultants and researchers to develop and evaluate various methods for capturing archaeological data. These include methods for recording buildings such as laser scanning and gigapixel imaging, and objects, including photogrammetry and Reflectance Transformation Imaging (RTI).

We have also experimented with novel capture tools such as Microsoft Kinect and wearable cameras like the Looxcie you saw in the Excavation and documentation strategy step. We use these and also GoPro cameras as a way of enhancing information exchange and student involvement in the research process. 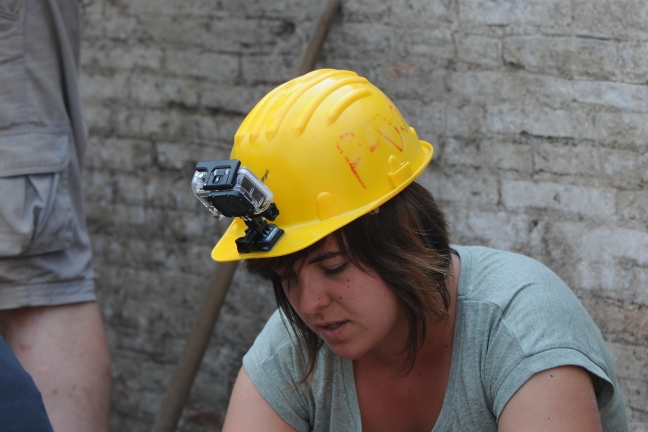 We survey the landscape at Portus, record the precise locations of special finds or environmental samples, provide information used to match up and locate laser scans, provide spot levels perhaps on the tops of walls to see if they line up, make detailed recordings of skeletons and in particular we undertake building survey. We are fortunate that Portus has the remains of many standing buildings, some of which exist up to fragments of their second floor. This gives us huge potential for the reconstruction of what they looked like. The standing buildings need to be treated as any other artefact and recorded on site. 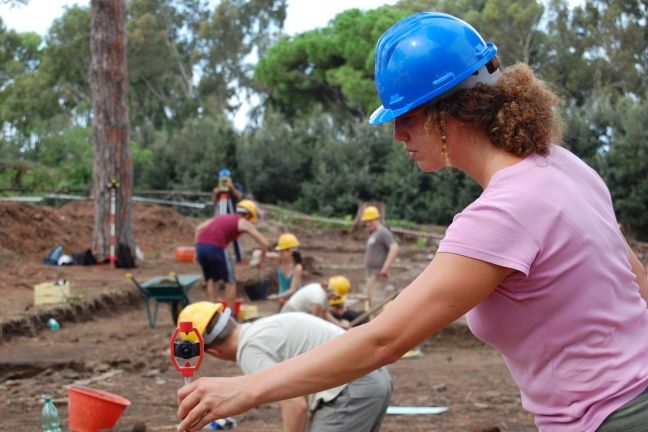 Standing buildings generally expose more than one side so recording needs to accommodate this. Recording will always include a plan of the top of the wall. This indicates the construction of the wall as it will usually show the facing type and any rubble core. Where possible this is drawn on site but in the case of a high up standing wall, this is done from aerial photos or sometimes via our Gigapan robotic camera.

In addition to the top of the wall, usually at least one side of the wall will be recorded as if it is a section. This is used to show the type of construction of the wall, state of preservation and any traces of earlier walls, foundations, constructions methods and so on.

Vertical walls need to have the direction of the walls noted – usually referred to as faces. Faces can be referred to with their direction and internal/external (if known) e.g. south internal, or more usually, you can use the direction in which the wall faces e.g. north-facing. This can be the same as south internal, but is more precise if you do not know if the wall is internal or external. As with all recording, context numbers are really important and need to be assigned to everything. As with sections, we make sure that we have at least two 3D surveyed reference points on our drawings.

There are three main methods of recording walls: hand drawing (covered earlier), survey and photogrammetry. In addition we are also carrying out specialist laser scanning of whole buildings. A Total Station can be used to draw the basic elements of a wall for reference purposes. Each point taken is a 3D reference and when “strung” to form a line, this is particularly effective for recording large scale structures. Low structures will be recorded using the reflecting prism “IR” - this works over long distances and is extremely accurate. The “RL” or red light option is exceptionally useful for recording items or points which are not reachable as it can be seen and so we know exactly where on a building a point is being measured. As a huge amount of data can be collected in this way, it is very important to be organised.

In the next step you will learn more from Christina and Penny about the Roman buildings we are surveying, then you’ll do a mini-quiz, and then hear from James about the latest ways that we record and interpret all of this building detail. 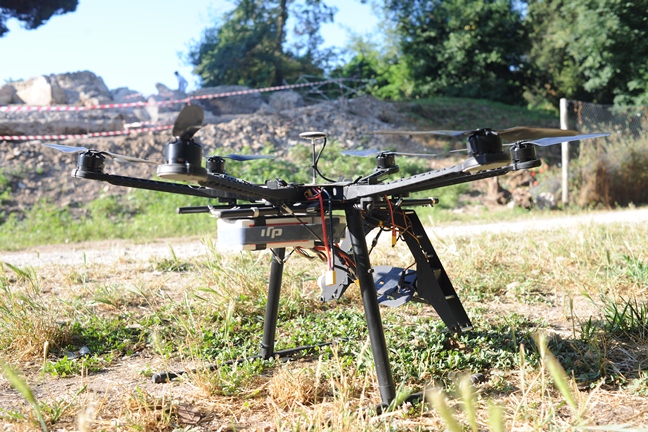