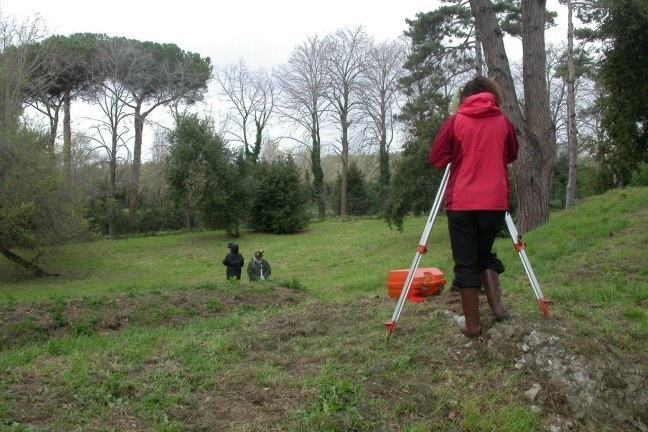 Sometime in the later second to early third century, an oval-shaped building (c. 42m by 38m) was constructed in the open space that is defined by the eastern facade and northern range of the Palazzo Imperiale. 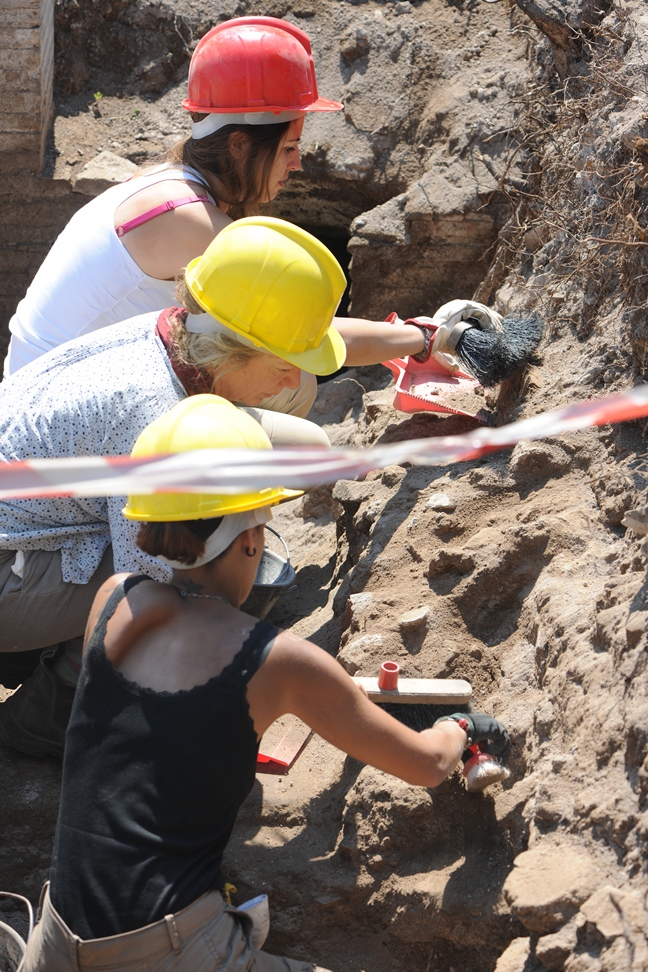 All that remains now are the foundations which reveal that the building’s oval plan was defined by two concentric wall foundations spaced three meters apart; an additional curved wall on the west side was built to frame the steps that would provide access to a first floor level for people who entered the building from the direction of the Palazzo Imperiale to the east. The function and purpose of this building is difficult to understand because it was almost systematically demolished in the early 5th c. AD, leaving only its foundations, and was then bisected by the modern path in the early 20th century. 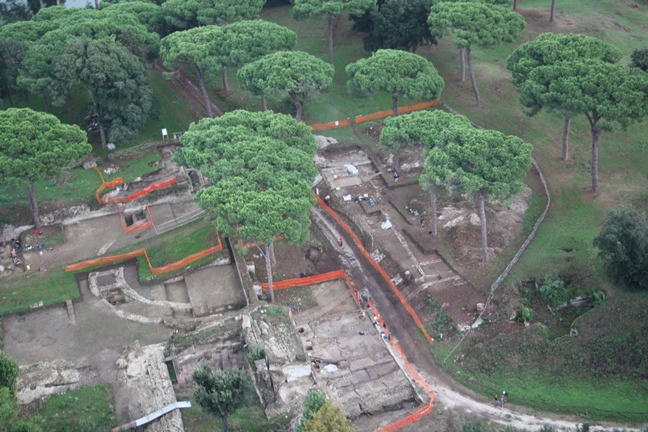 The Amphitheatre excavation from the air - Simon Keay © University of Southampton

At first sight, its plan would suggest that it might be an amphitheatre. This seems unlikely, since amphitheatres are symbols of power that are meant to be seen from a distance, and since this building was sandwiched between in the space between the Palazzo Imperiale and Building 5, would only have been visible by people approaching it along the quayside to the east.

It is possible instead that it might be a ludus or training amphitheatre, rather like the Ludus Magnus in Rome - although there are some structural differences between this and our building. Another possibility, which is less likely, is that it was some kind of monumental garden or pool. 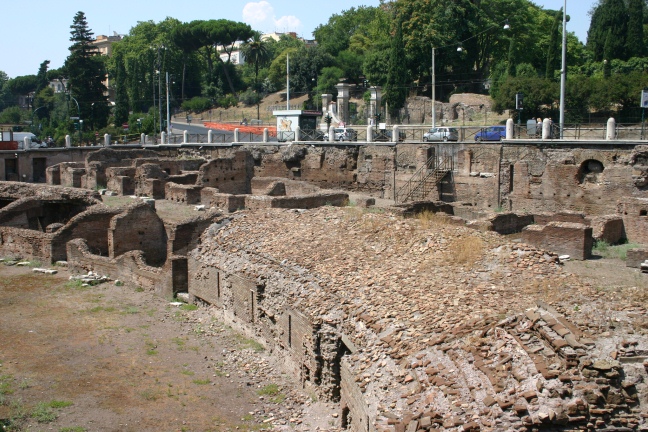