0:05Skip to 0 minutes and 5 seconds SIMON KEAY: As you can see, we’re currently standing in the remains of a very large Roman public building in Portus. You have to imagine that in antiquity, what we’re standing in was essentially a corridor, onto which opened a whole series of storage rooms. And you can see these arched openings behind me, which led into storage rooms in which was kept a whole range of commodities that had been unloaded from ships that had come from across the Roman world.

0:39Skip to 0 minutes and 39 seconds In addition to that, you can see that there’s another wall here on my right, which was actually a series of piers with doorways in them which would have led out onto a large esplanade, which in turn was fronted by a major canal which led from the Claudian basin through into the Trajanic basin. So it doesn’t take a great leap of the imagination to paint a picture of how Portus might have been at this time. We have here a major building, two storeys in fact, into which cargoes would have come quite possibly from southern Spain, the Roman province of Baetica, possibly North Africa, modern Libya, ancient Tripolitania, modern Tunisia, Africa Proconsularis, or indeed from Egypt.

1:37Skip to 1 minute and 37 seconds Or indeed from different parts of the eastern Mediterranean.

The Grandi Magazzini di Settimio Severo, built in the late 2nd century AD, is an important examplar of the many warehouses that packed the landscape of Portus. You’ve seen the remains of some already in the videos and should now have a sense of how they were used.

This building comprised rows of storage rooms on two floors. Hopefully you can now imagine looking out from the corridor where I was standing onto the large square that fronted the Canale di Imbocco al Porto di Traiano. This was the entrance canal by through which ships passed on the way to the Trajanic Basin, from which they could turn to moor in the Darsena, or proceed through to the Fiumicino Canal via the Canale di Comunicazione Traverso.

It is easy to imagine workmen (saccarii) carrying amphorae or sacks of grain from Egypt, Baetica, Tripolitania and Africa Proconsularis from there into this corridor. Sadly, however, we do not know what was stored inside this building, since the storerooms have long been cleared of their contents which could have anyway changed on a periodic basis. It is noticeable though that the Grandi Magazzini di Settimio Severo do not seem to have been provided with raised floors (suspensurae) with underfloor heating – which may suggest that they were not used for the storage of grain, which needs to be kept dry. 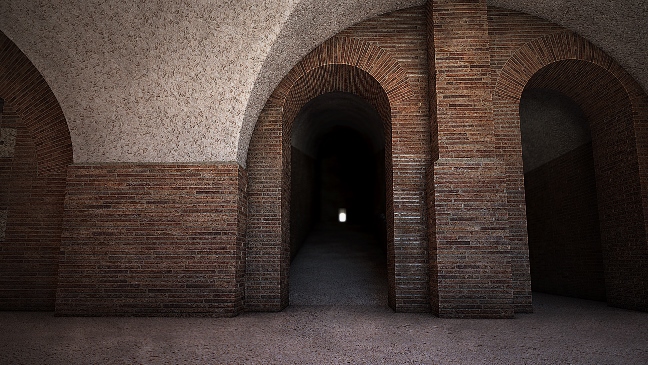 CGI view inside the storerooms, showing a ramp going up from the lower storey - Grant Cox © University of Southampton

Nor do we know who owned the building. Even though the port was primarily concerned with handling fiscal cargoes, it is quite possible that this and indeed other warehouses were put up at the initiative of individuals or groups of individuals seeking to profit from the storage business by subsequently renting out the storage rooms to individual merchants. All we need is a building inscription to provide us with more information!

Ostia continues to see the construction and renovation of storage buildings throughout the 2nd century AD. Examples include the Hadrianic Magazzino dei Doli that was used for storing wine or olive oil and Severan renovations to the Horrea of Hortensius. 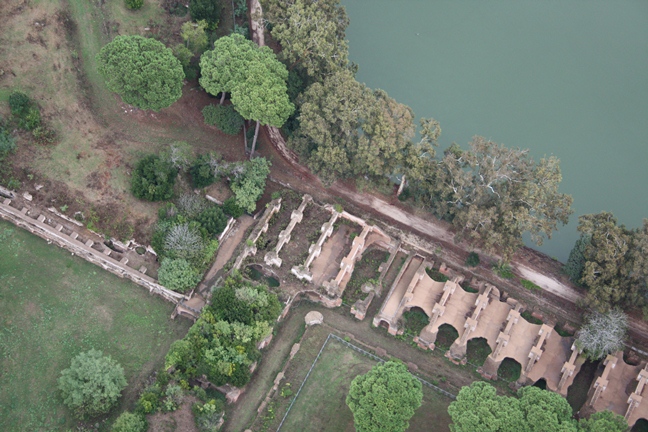 Aerial view showing the storerooms, and to the west the Terrazza di Traiano - Simon Keay © University of Southampton 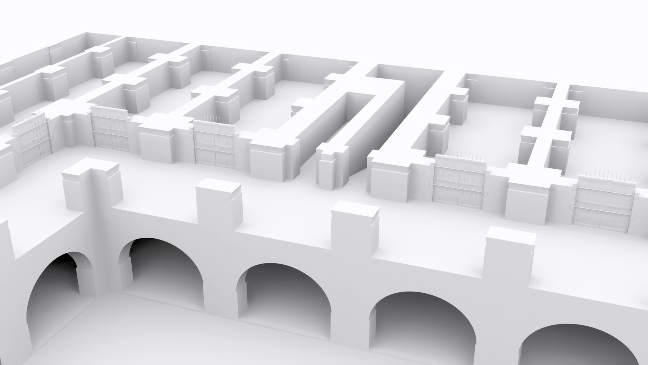 I should point out, however, that this warehouse was different in layout to many of the others that we know about at Portus. I am thinking of the great batteries of grain storerooms known as the Grandi Magazzini di Traiano near the Darsena, as well as to those that we found built within the late 2nd c. AD navalia, or others on different sides of the hexagonal basin, adjacent to the east quay of the Claudian basin and on the flat land between the hexagonal basin and the Tiber. All of them are slightly different in terms of layout and very different to the Grandi Magazzini di Settimio Severo. 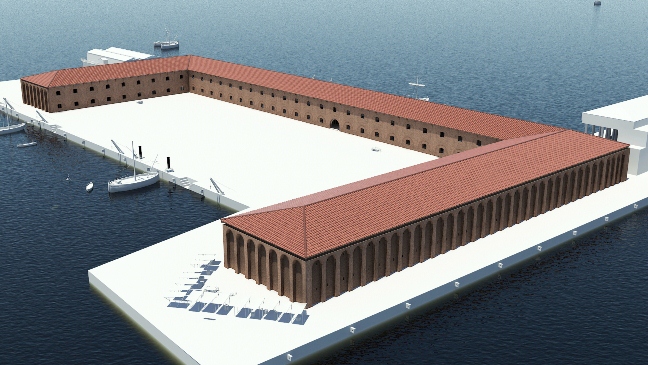 It is unclear whether these differences can be explained in terms of commodities that were stored inside them or not. One feature that many of these warehouses do have in common, however, is a surprisingly narrow entrance, a bit of a squeeze for workman carrying in a full sack of grain or an amphora carrying olive oil. This was probably deliberate and can also be seen at warehouses at Ostia and Rome, perhaps representing an attempt to control the flow of people and commodities in and out of these buildings. Again – this was particularly important in a port primarily concerned with maintaining and controlling the flow of fiscal cargoes bound for Rome. 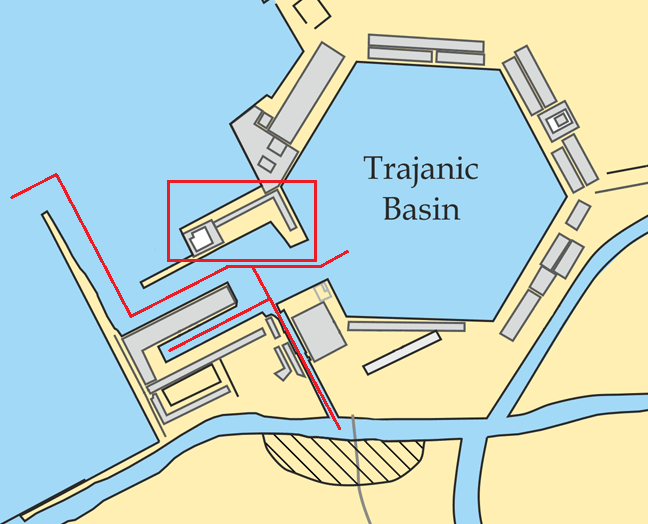