0:01Skip to 0 minutes and 1 secondOK. So I'm going to be talking today about the Academic Word List, AWL, which was one of the first attempts to use computers, to use computer technology to identify vocabulary that was common in academic texts. So not surprisingly, it's called the Academic Word List. This was originally developed in the late 1990s by a wonderful lady called Averil Coxhead, who was actually a colleague of mine, although not at the time. But she did the work for her dissertation, her master's dissertation, in New Zealand.

0:37Skip to 0 minutes and 37 secondsAnd it's a good example of how the work that a student does at postgraduate level can actually have an impact on the development of knowledge in a very specific area-- in this case, this academic vocabulary or vocabulary that is common in academic texts. And since the list was published-- and it is available online if you're interested in it-- it has had a significant influence on course book and syllabus design in English for academic purposes. So it's had very practical implications. Now what is the list? What does it look like? Well, it's a list of 570 word families, and as the name suggests, families of words that occur frequently in academic texts.

1:24Skip to 1 minute and 24 secondsAnd just a note that we're talking here about written texts and not spoken texts, OK? The corpus-- we'll come back to that later-- is composed, essentially, of written texts of different types. They're all academic. Just to give you an example of a word family, we have here-- let's see if I can get it up on the screen-- an example of one word family. That's at the bottom of the screen. The word family, the head word is economy, and there are number of words connected with that, all part of the same family. The meaning is all related, although words can be different.

1:57Skip to 1 minute and 57 secondsSo for example, we have economy and economics, both of which are nouns, although they mean very, very different things. There's a connected meaning, but also there is a different meaning. And this sometimes confuses our students, as does the next pair, which is economic and economical. Again, they both derive from the same base word, economy, but they have very, very different meanings. And sometimes students get them confused. OK. So that's an example of a word family. And as I said, there are 570 word families in the Academic Word List. Now the list itself is divided into 10 sublists. And here are some of the so-called head words for sublist one.

2:44Skip to 2 minutes and 44 secondsNow if you look at these words-- words like approach, authority, consist-- you probably agree that these are words that are commonly used in academic texts. But notice that they're not very specialised words. They can be used in a whole range of different subjects. So these words are not going to carry the content of your degree. They are words that you will find, virtually, in every degree subject that you might want to study. Example of that-- we have words like analyse. We got the verb up there. Part of that, of course, is analysis, which is the noun.

3:23Skip to 3 minutes and 23 secondsNow again, both of these words can be used in virtually any academic subject that you can imagine, whether it's in the life sciences or arts or whatever. So they are very common, but general words in academic texts. Just to go back to what I said earlier, that the Academic Word List was developed using computer technology and an analysis of data, and they collected a corpus. And in this case, a corpus means something like a large amount of data-- in this case, the language. So they had a corpus of approximately 3.5 million words. It was comprised of samples of written text taken from journal articles, taken from academic texts, textbooks, et cetera. And the words in this corpus were then analysed.

4:18Skip to 4 minutes and 18 secondsAnd some of the words were selected for inclusion in the Academic Word List. But there have to be criteria for selecting those words. And if you look at the bottom of the screen here.

A lecture extract and notes

Watch this extract from a lecture, in which Colin Campbell is talking about the impacts of technology on language learning.

Whilst you watch the video think about the following two questions.

Now read through the three types of notes below, which were made from this lecture extract. Some lecturers will give you printed copies of their presentation slides, so that you can annotate them, but if you’re not given this, your only options are to write linear notes, or mind maps. You may be able to type your notes straight into a tablet or laptop, or you may prefer to handwrite them onto paper, you may even be able to handwrite onto a touchscreen device, for conversion to electronic text. 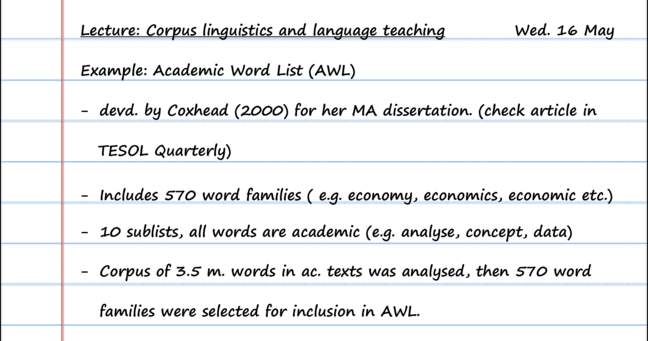 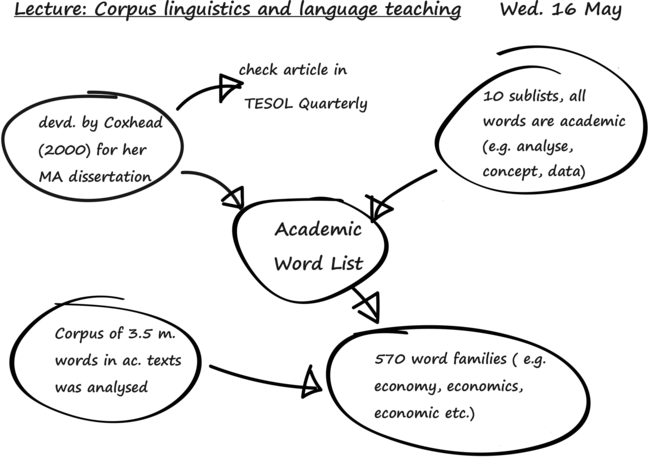 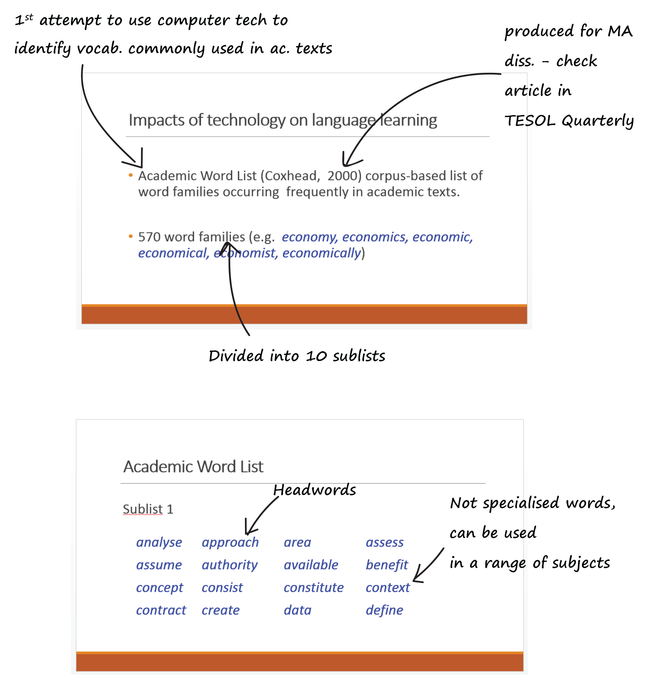 Finally read this PDF for a discussion of the three types of notes, provided by the educators.

Colin Campbell refers to the Academic Word List, a resource which can help you decide which words to learn, if you need to develop your vocabulary. Look for learning materials which have been developed on the basis of the AWL.

Study UK: Prepare to Study and Live in the UK

Get ready to search for and start a new job by identifying and building the employability skills needed to find your career path.