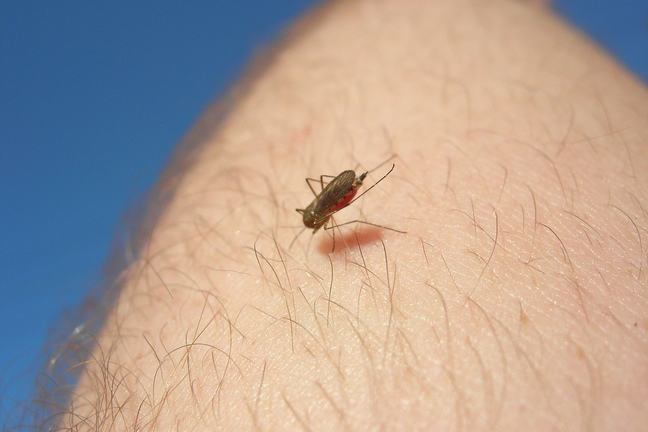 What is a vector?

A vector is a living organism that carries and can transmit an infectious agent, or pathogen, from one host organism, such as a human or animal, to another. Vector-borne diseases represent 17% of all infectious diseases, are responsible for more than one million deaths each year, and current estimates indicate that at least half of the world’s population is at risk from them.1 In this step we provide an introduction to vectors, the pathogens they transmit, and an overview of the complex range of factors influencing vector-borne disease transmission.

What makes a vector?

In order for an organism to act as a vector, it must have contact with at least two hosts: firstly, an infected host from which it picks up the pathogen, and then a second host to which it transfers the pathogen. This process commonly occurs when a bloodsucking organism, such as a mosquito, ingests the pathogen whilst taking a blood meal from an infected human or animal, and later injects the pathogen into another host when taking its next blood meal.

The vast majority of vector-borne pathogens are biologically transmitted. This means that once a vector has taken up the pathogen in a blood meal, the pathogen will replicate or multiply inside the vector and over time make its way to the vector’s salivary glands. When bloodsucking vectors bite, they inject saliva containing anticoagulants that prevent blood clotting. Therefore, a pathogen present in the salivary glands will be injected along with the saliva when the vector takes its blood meal.

Which organisms serve as vectors?

Many organisms serve as vectors of pathogens important to human health, of which mosquitoes are one of the most well-known. Examples of vectors and the major pathogens they transmit include:

Vector-borne disease transmission cycles are a complex interplay between factors involving the pathogen, vector(s), susceptible host(s), and the environment. Some examples of these interactions are provided below.

Vector-borne pathogens need to be able to survive inside several different organisms. At the most basic level this amounts to two: the host and vector. The host, such as a human or mammal, will usually have a very different physiology from the vector, e.g. a mosquito or another insect, and therefore only pathogens specifically adapted to survive in both can be transmitted.

Simply put, if a vector carrying a pathogen does not have contact with the susceptible host, transmission cannot occur. Indeed, the principle of preventing vector-host contact from occurring forms the basis of many vector-borne disease prevention and control methods. There are many factors that determine whether vector-host contact will occur. These include the behaviour of the vector, for example in which areas and at what times of the day a mosquito species will search for a blood meal, as well as the behaviour of the host, such as the type and timing of human activities that will influence exposure to mosquito biting.

Environmental factors have a complex association with vector-borne disease. Using weather as an example, mosquitoes are unable to fly in high wind speeds and during heavy rainfall. This could, at the time, stop them from finding and biting their hosts. However, rainfall will also increase the number of available aquatic habitats in which mosquitoes can lay their eggs. Periods of high temperature may cause these aquatic habitats to dry out, reducing habitat availability, but higher temperatures can also speed up mosquito development time (egg-larva-pupa-adult) leading to a more rapid emergence of biting adults.

Temperature is also closely associated with the time it takes for a pathogen to multiply inside the vector and become ready for onward transmission in the saliva. This period of time is called the extrinsic incubation period (EIP). The EIP can vary from a few days to several weeks, with higher temperatures generally associated with a shorter EIP and therefore with the potential for more rapid transmission to occur.

The confirmation or incrimination of certain species as vectors, for example Aedes aegypti as a vector of Zika virus, is a complex process and requires an understanding of these and many other interacting factors. Vector incrimination will be considered later in the next step.

What do you think makes a good vector?

Vector-borne diseases rely on both vectors and hosts to complete their life cycle, and humans can be both of these. What characteristics do you think makes a good vector? Is it a preference for human blood over animal? Or being adapted to living in urban areas with lots of potential human hosts?

Discover the essentials of the Good Pharmacy Practice (GPP) guidelines and learn how they support better pharmaceutical services.