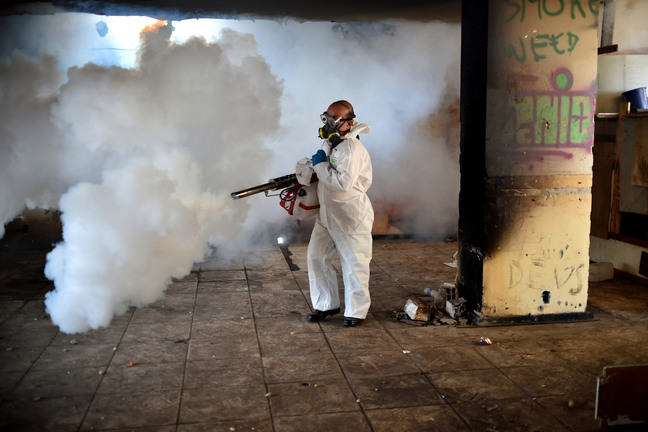 In this article we look at some of the common methods used to target adult mosquitoes.

Area spraying, or fogging, is a technique that has the potential to have an immediate impact on mosquito populations. It involves spraying very fine droplets of an insecticide to create a fog, which kills adult mosquitoes upon contact. Fogging is typically done from machines mounted on trucks (Figure 1), which drive through streets and blow the fog over a distance of up to 90 metres. Fogging can also be done from aircraft, or by operatives on the ground, and is usually carried out at times of the day when outdoor vectors are most active and looking for hosts to bite. However, mosquitoes resting under leaves or in small crevices may be difficult for the insecticide to reach. 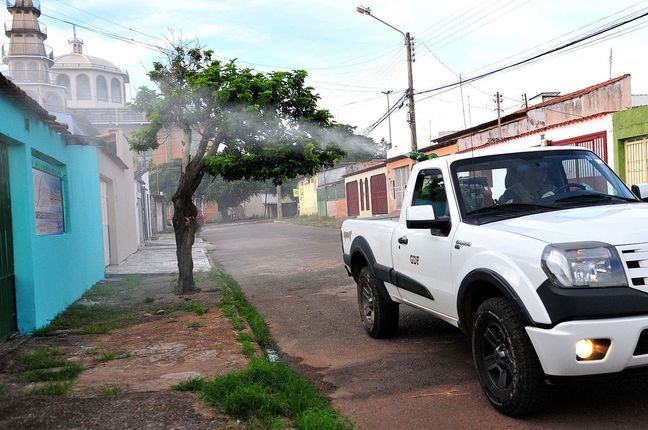 Fogging is often reserved for emergency situations such as epidemics, which require a rapid response to the threat of mosquitoes. However, it is also done frequently in disease endemic countries, regions that are at risk of mosquito-borne disease, or in countries where mosquitoes are a nuisance. The efficacy of this control method is very much dependent on the susceptibility of the target insect population.

Resistance to insecticides, such as pyrethroids, is one of the most significant issues with this method of control and is covered in a later step. Long term usage on a mass scale can become too costly to maintain and often results in overuse of insecticides.1 If the population is not already resistant, this can lead to insecticide resistance. The substances recommended by the WHO for fogging to control adult mosquitoes include deltamethrin, lambda-cyhalothrin, malathion, and permethrin.2

Treatments are only effective while the droplets remain airborne, so operators must use the optimum droplet size to make sure the insecticide remains airborne for a sufficient time. Other factors to consider include the flow rate, spray concentration, wind direction, and temperature effects. During the day, the ground is heated which causes air to rise, carrying with it insecticide droplets. The aim is to have the droplets drift horizontally rather than vertically, so as a general rule it is best to fog when the ground temperature is lower.

Finally, knowledge of the time of peak flight activity of the target species is crucial: the time of adulticide spraying should coincide with peaks in landing periodicity of the Ae. aegypti adults.3 While the WHO has stressed that fogging is not harmful to humans,4 the public should be well informed in advance about the purpose and schedule of operations and how they can cooperate. The decision to use chemicals to kill adult mosquitoes should be based on surveillance data and an identified risk of human disease.

Pyrethroids are the only insecticides approved for use on insecticide treated nets (ITNs).5 Long-lasting insecticide-treated nets (LLINs) developed using these chemicals can maintain effective levels of insecticide for at least three years, even after repeated washing. The insecticides also repel mosquitoes, meaning nets that are damaged or incorrectly closed can still provide individual protection. In addition, exposure to insecticides reduces mosquito density and the lifespan of individual mosquitoes. As most pathogens have an incubation period within the mosquito, shorter-lived insects means a reduction in disease transmission. 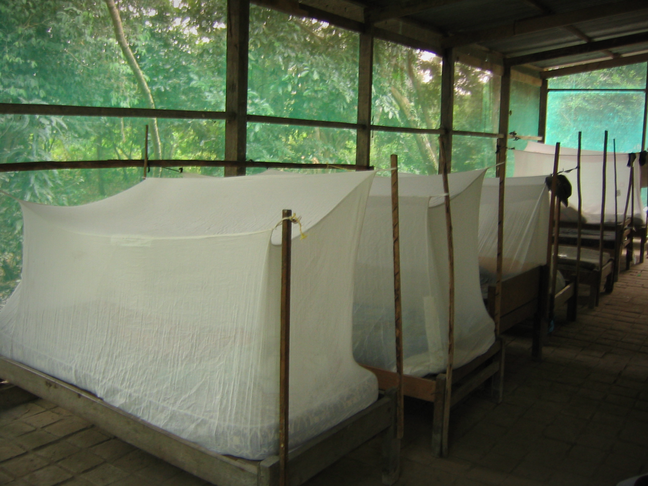 ITNs and LLINs are the primary interventions for preventing malaria in sub-Saharan Africa, where they are used against Anopheles mosquitoes,6 and have been associated with sharp decreases in malaria in countries where malaria programs have achieved high coverage. However, Aedes mostly bite during the daytime, so the use of bed nets has rarely been considered as a control strategy for these mosquitoes,7 and a recent study reviewing this and other interventions reported that that bed nets do not significantly reduce dengue infection.8 Despite this, it should be acknowledged that bed nets can still provide personal protection against indoor feeding mosquitoes, both at night and during the day, and should be recommended for use at the individual level.

While Zika can affect anyone, pregnant women are at particular risk and should avoid bites where possible. In this case LLINs could be of real benefit when sleeping both at night and during the day.

Sealing doorways and windows with insecticide treated netting, and removing accessible larval sites, are important alternatives to the use of bed nets and can provide a greater level of personal protection than other interventions. Studies have shown that the presence of house screening in homes significantly reduce the odds of dengue incidence compared to homes without screens,8 demonstrating their effectiveness against Aedes. The benefit of screens is that day biting mosquitoes are prevented from entering the home during the day, so they protect those within the building, but they also reduce the likelihood of mosquitoes harbouring inside the dwelling, denying them easy access to hosts.

Deployment of insecticide treated curtains (ITCs) has been shown to result in considerable reductions in Aedes infestation levels in Thailand, but the effect is coverage dependent: greater coverage of the intervention is expected to result in mass killing, reduced vector survival, and greater reductions in disease transmission.9 Unfortunately to achieve this community level effect is expensive, and as with other methods there are concerns about insecticide resistance. Until it is possible to use insecticides other than pyrethroids on ITCs and ITNs there will remain a threat from the emerging pyrethroid resistance in Aedes.

Spraying of insecticides can have an immediate effect on local mosquito numbers and bring peace of mind to people that are worried about being bitten. However, there is a lack of evidence that this method can have an impact on disease transmission, there are concerns about the environmental impacts of excessive use of these chemicals, and many people feel that fogging should be done only in emergency situations, such as when there is a disease outbreak. Clearly, there is a lack of data on this intervention, but what do you think about this?

Bed nets are not normally recommended for the control of Aedes mosquitoes, yet we know that they are likely to provide protection from other species that bite during the night and from Aedes for people who may be asleep during the day such as those who work nightshifts, or young children who have daytime naps. Do you think bed nets should be recommended?